Although we will still have to wait until August 4 to meet the new T.50 supercar of Gordon Murray Automotive a few days ago the brand confirmed many of the details of the engine made to measure that they have developed for the model.

He Cosworth GMA V12 It is a 3.9-liter engine that aspires to become the fastest, fastest responding, most powerful, lightest natural aspirated V12 road engine of all time. The engine combines the immense experience of Cosworth and Murray and in addition to talking about his curiosities again, today we leave you his interesting sound.

A key part of the development was keeping the T12’s V12 displacement as low as possible. Original inspiration for the engine came from the 3.3-liter V12 that powers the legendary Ferrari 250 GTO. With the aim of maximum acceleration, high torque and a very contained weight, the model had to be below 1000 kg and that is why Cosworth proposed that the displacement could be only 3.9 liters.

The V12 of the T.50 not only promises the power that we can find in a very high-end model, but also be manageable for everyday driving. The maximum torque figure of 467 Nm is produced at 9,000 rpm, but the key to guarantee “being manageable in daily driving”, 71% of torque is produced at just 2,500 rpm. 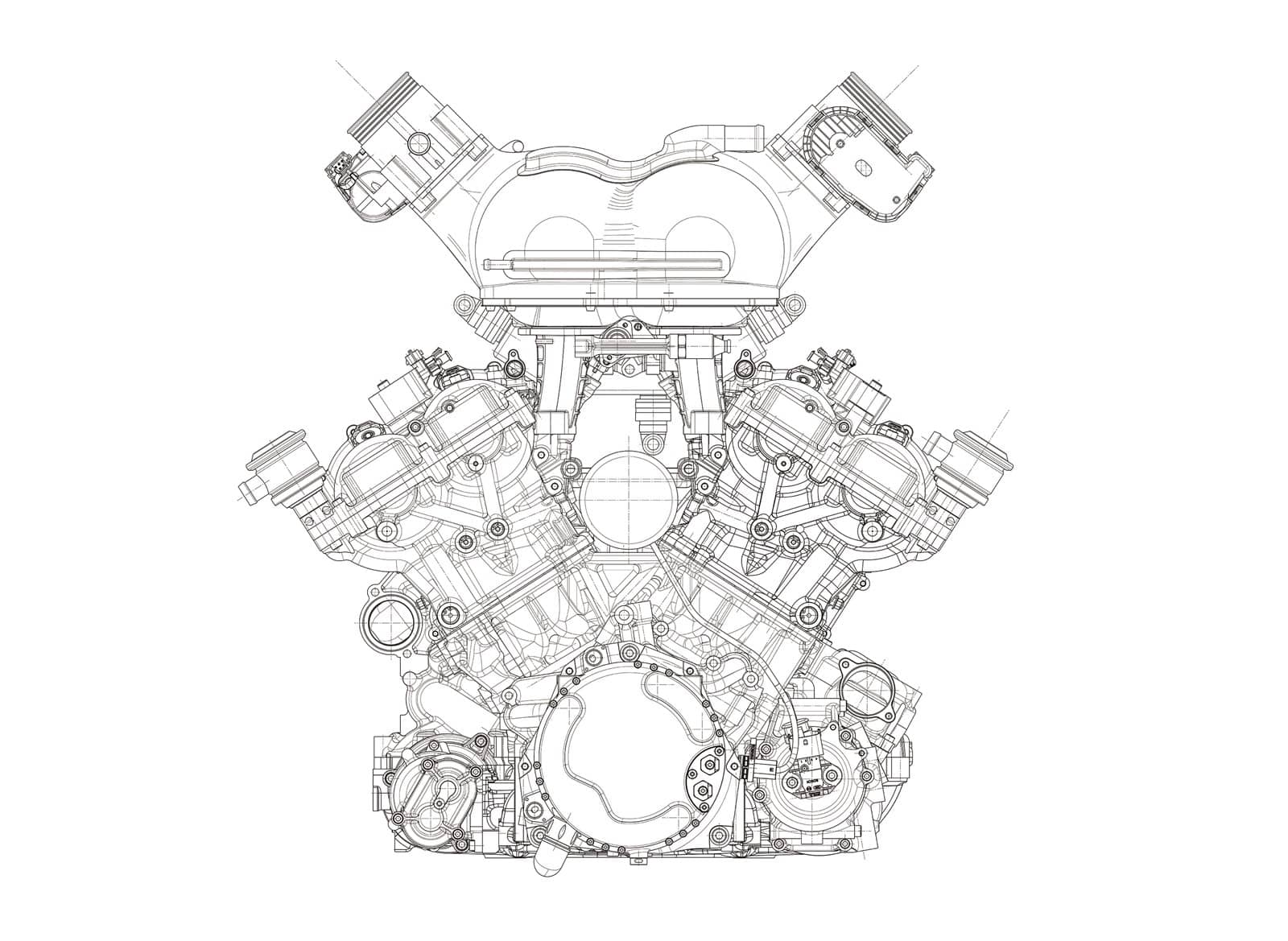 In designing his engine requirements, Murray leveraged his experience working with the engine. Honda RA121E V12 3.5-liter powered by the Formula One McLaren MP4 / 6 in the early 1990s. According to Murray, this engine was the peak of Formula One V12 engines in terms of performance, balance and weight.

The T.50 powertrain is also inspired by the BMW S70 / 2 V12 developed for the highly revered Murray’s McLaren F1, which for many continues to be the ultimate supercar engine.

The T.50 engine will deliver the maximum power of 663 hp at 11,500 rpm. But the driver’s enjoyment will not be activated only in the red zone of the rev counter. This engine will also be the most sensitive naturally aspirated road engine ever produced.

To achieve the lowest possible weight, the block on the T.50 is made of a high-strength aluminum alloy, the crankshaft is made of steel and weighs only 13 kilograms, and the connecting rods and valves are made of titanium, just like than the clutch. All this contributed to reduce weight to 178 kg.

The T.50’s naturally aspirated engine promises to be one of the best road car engines and one of the best-sounding. The T.50 presents Direct Path Induction Sound, a pioneering system in the McLaren F1 and refined in the T.50 to channel the sound of the raucous V12 into the cabin.

Created by British experts in Xtrac transmissionsThe T.50’s six-speed manual gearbox with short shifters is surprisingly lightweight. Weighing only 80.5 kgThe custom-built unit was created to meet the goal of offering “the best gear shifter in the world” for maximum driver enjoyment.

The six-speed manual gearbox with “H pattern” is an exceptionally designed piece. Being fully custom-made, it was possible to optimize each component as well as its weight. Surprisingly, the Xtrac team created a super strong but extremely aluminum case. The gearbox weighs 80.5 kg.