The Audi A6 Avant e-tron concept debuts following in the footsteps of the A6 e-tron concept that we met a year ago. The signing of the four rings tells us about both as future production models, with the A6 e-tron scheduled to debut in 2024. If we have no choice but to have an electric future, let it be at least as attractive as this one.

On an aesthetic level, it has everything we could wish for. The highly stylized, flat headlights and taillights blend into the body line. The Matrix LED digital and OLED digital technologies They allow to reach the maximum luminosity and offer great performance and a customizable light signature even with a minimum surface. 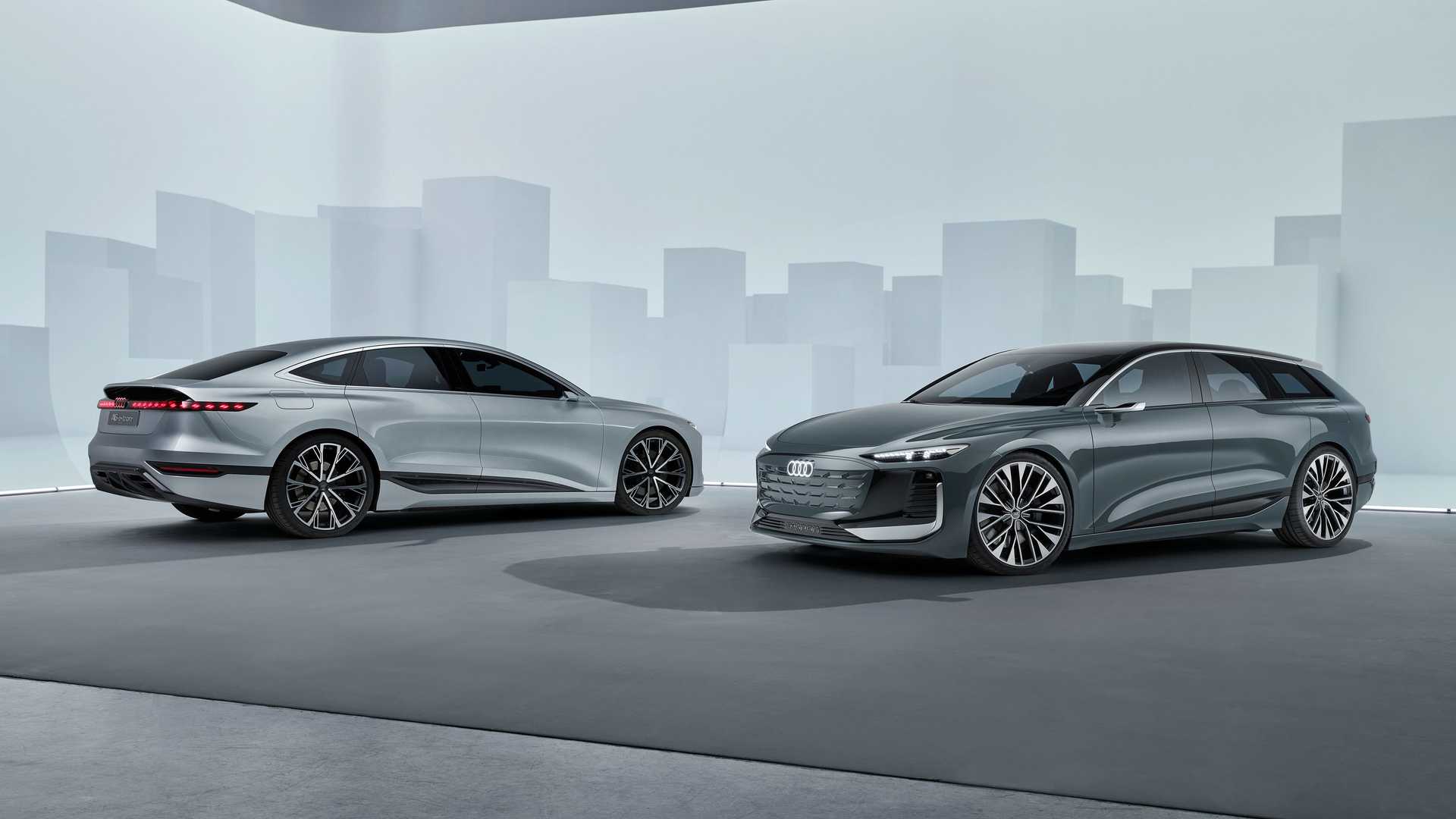 As in the A6 e-tron, the projections around the car make it possible to extend the scope of communication with other road users beyond the vehicle itself: with the help of the intelligent connectivity system, the A6 Avant e-tron concept provides information to other road users using visual cues.

The grille retains the closed look characteristic of the e-tron line, but features more pronounced dimples for a sportier touch. In the lateral view the nerves marked, numerous angles and some 22 inch wheels they are the protagonists. Despite the familiar bodywork, it maintains the dimensions of the A6 e-tron concept. 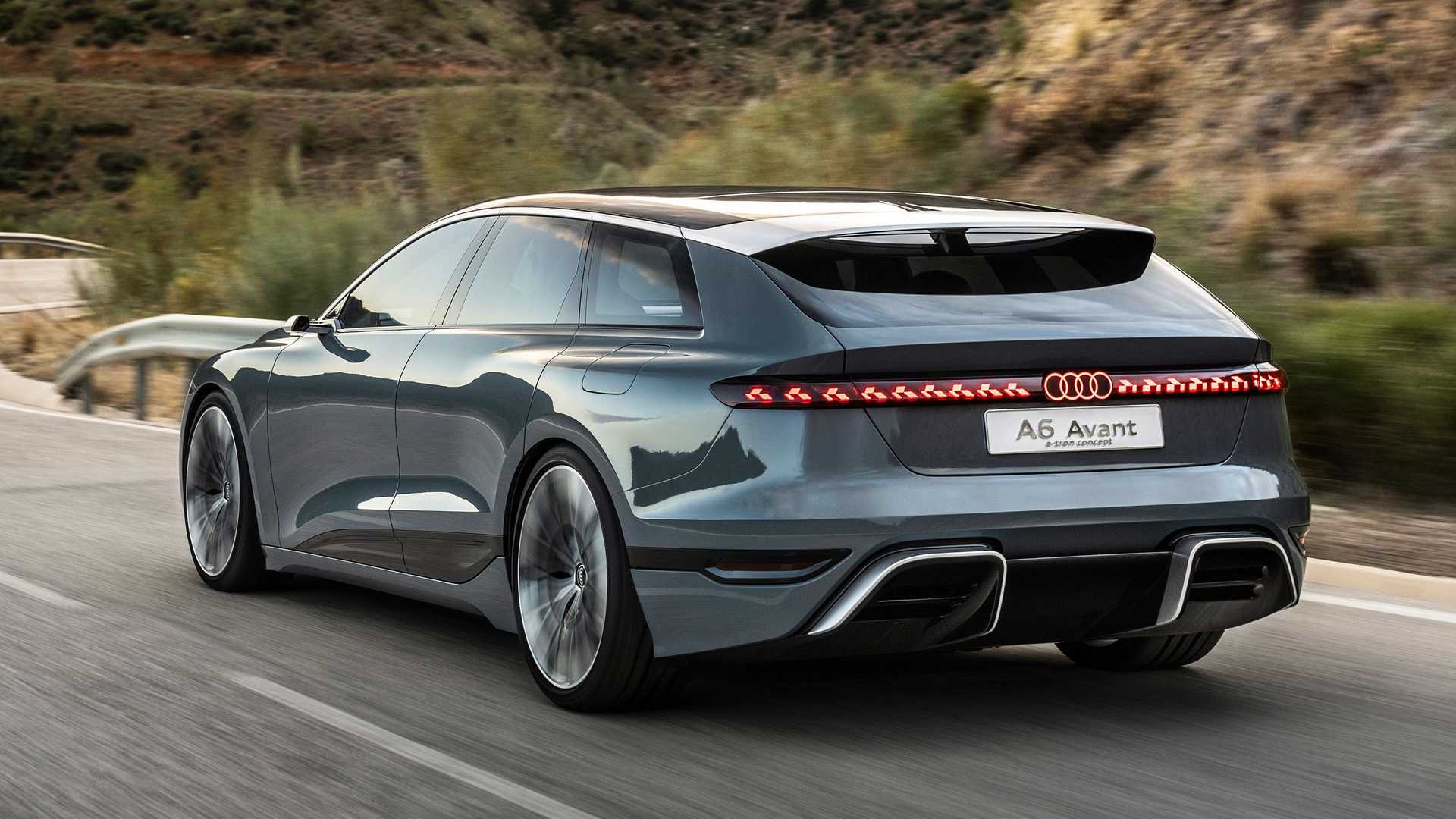 The drag coefficient is 0.24, the same as the production e-tron GT.

We talk about 4.96 meters long, 1.96 meters wide and 1.44 meters high. As is the norm with e-tron models, there is no shortage of cameras that replace traditional rear view mirrors. The high waistline ends in muscular back shoulders. At the rear, the prominent spoiler, a marked diffuser and a rear window that joins the roof stand out.

Inside the Audi A6 Avant e-tron concept

The Premium Electric Platform (PPE) It is designed specifically for electric drive vehicles, allowing you to take full advantage of all its advantages. The key element of the future fleet of vehicles with this technology is a battery module located between the two axles that has a capacity of about 100 kWh.

As in the previous prototype, in the Audi A6 Avant e-tron concept the two electric motors offer a total power of 350 kW and a torque of 800 Nm. The front wheels will be connected to the chassis through a five-link suspension optimized especially for electric vehicles, with a multi-link rear axle. 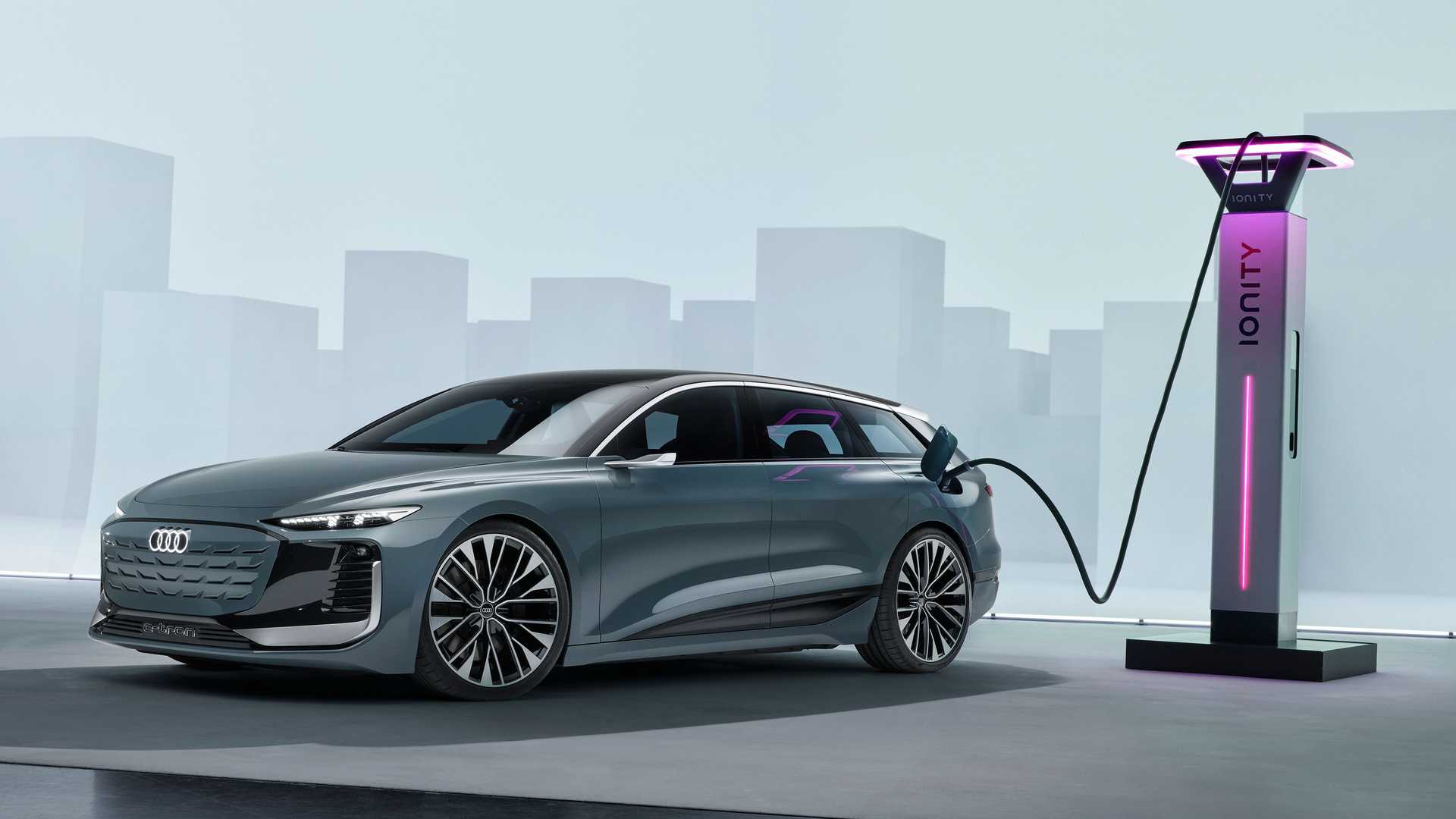 The concept car It has air suspension and adaptive damping. The heart of the drive technology of the Audi A6 Avant e-tron concept – and of all future models based on the PPE platform – is the 800 volt charging technology. Like the Audi e-tron GT, the battery can be charged with up to 270kW at fast charging stations.

Thanks to this, you can have a recharge of 80 percent in just 25 minutes. This precious family offers an expected autonomy of up to 700km (according to the WLTP cycle). The most powerful variants of the range will cover acceleration from 0 to 100 km/h in less than 4 seconds. The least powerful will be around 7 seconds, which is not exactly a bad figure. 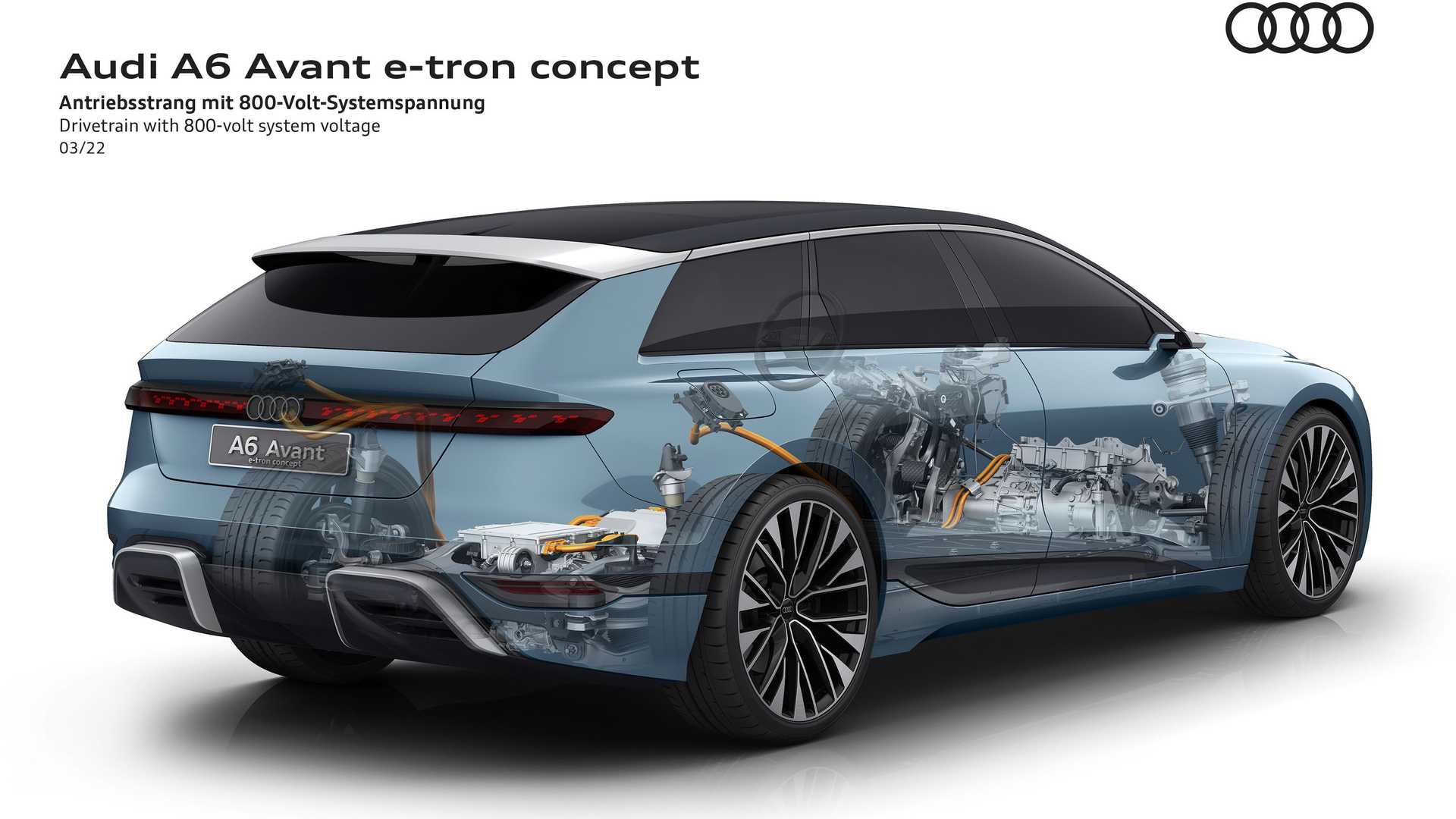 In the future, the Premium Electric Platform (PPE) It will be the technological base for these vehicles. From the end of 2022 the first cars with the PPE platform will be launched on the market in the C-segment. Also later in the b-segmentincluding both SUVs and dynamically styled models with a lower driving position.