To celebrate the 35 years of production at the Sunderland plant, Nissan has commissioned a very special conversion, a Nissan Bluebird Electric, the first car on the factory’s production line -1986-.

Called «Newbird», the single project car is Powered by the 100% electric transmission of a Nissan LEAF.

The ‘Newbird’ connects 35 years of manufacturing heritage in Sunderland, as Nissan accelerates towards an electrified future through Ambition 2030, the company’s long-term plan to empower mobility and beyond. 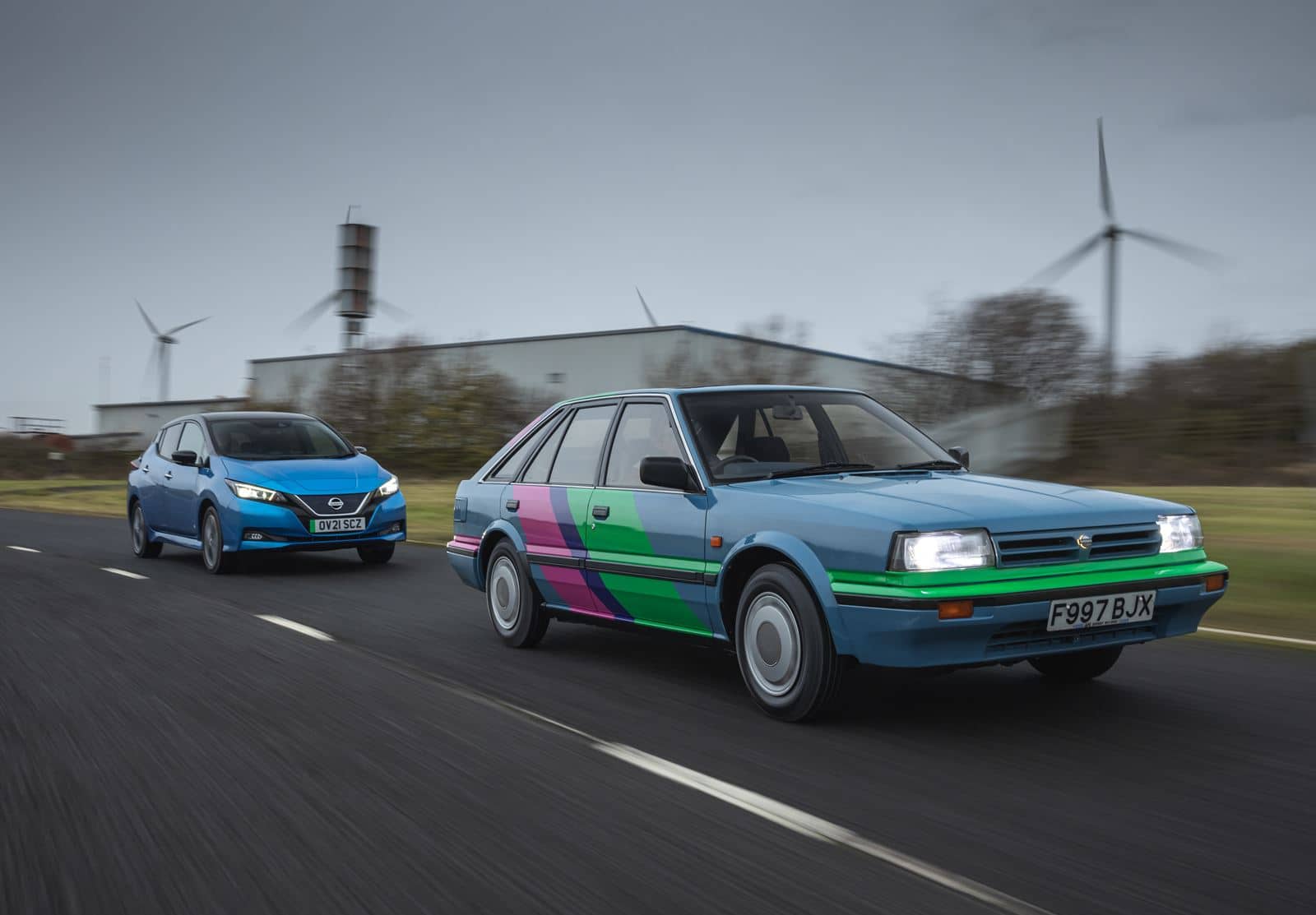 The Nissan Bluebird was extensively modified to integrate the LEAF’s electric powertrain. The original gasoline combustion engine and gearbox were removed and a LEAF engine, an inverter and a 40 kWh battery were installed, with the battery modules divided between the engine compartment and the boot to optimize weight distribution.

Updates and modifications to power steering, braking and heating systems to allow them to run on electric power. A custom suspension was also installed to support the additional weight of the battery packs.

As a nod to the car’s electric upgrades, the original Nissan hood badge received an LED backlight. 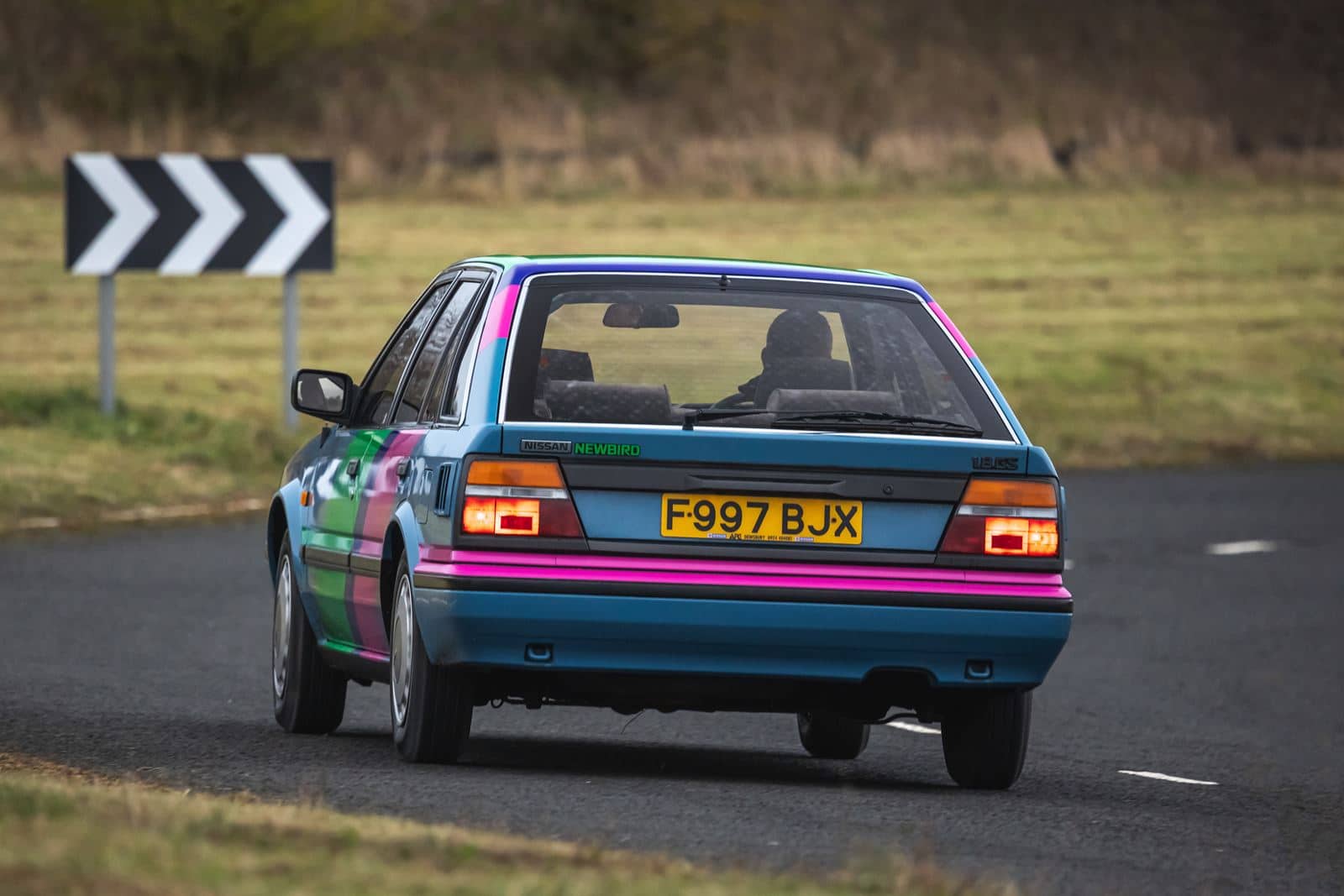 The car is recharged through the original fuel cap, which gives access to the charging port. Battery can be recharged up to 6.6 kW and the original driver’s instrument panel has been connected to the EV system to allow the fuel gauge to show the battery charge status.

Although it is not homologated, the autonomy of the vehicle on a single charge is estimated to be around 209 km and is capable of accelerating from 0 to 100 km / h in less than 15 seconds. 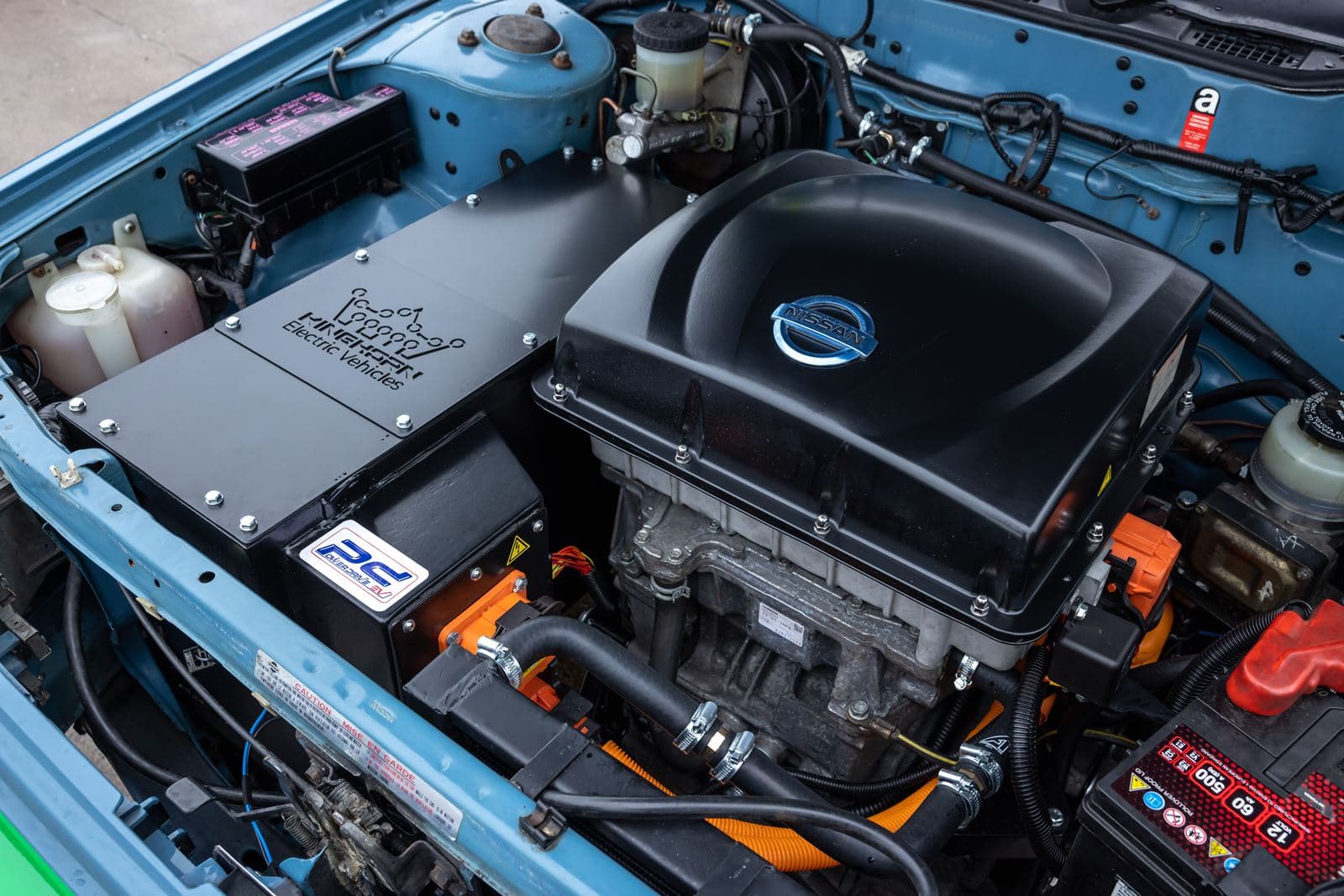 Although it is a unique unit, it is worth noting that the production of the Bluebird culminated with no less than 187,178 units between 1986 and 1990. When production began it took more than 22 hours to build each Bluebird. Now, 35 years later, the remarkable improvement in manufacturing technology has reduced production time to 10 hours for a model like the Nissan LEAF.