When the new F1 season starts in the FORMULA 1 GULF AIR BAHRAIN GRAND PRIX 2022Mercedes-AMG will contribute to safety with two exceptional performance models that have already proven their credentials, we mean the new Mercedes-AMG Safety Car.

From a technical point of view, both cars are almost stock. However, they have extensive equipment specific to their respective jobs on the track. The most notable feature of the pace car is the absence of the usual light bar on the roof, which would have interfered with the aerodynamic balance of the AMG GT Black Series. All signaling functions are done through diodes on the windshield.

Two tiny video cameras are installed in the spoiler strut on the right side and their images are displayed inside the car. One camera serves as an electronic rearview mirror for the passenger, while the other transmits a live TV feed. 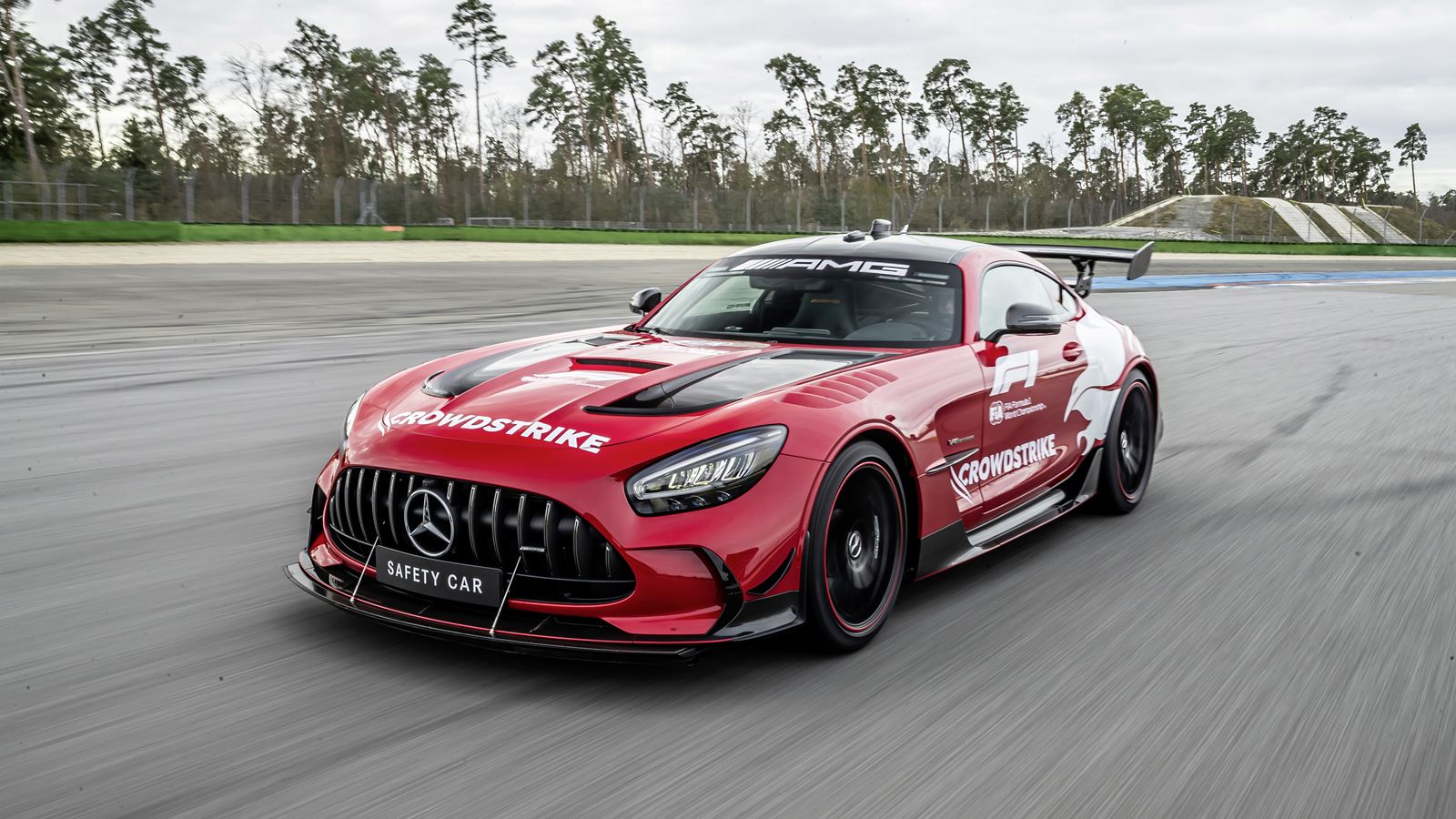 The official pace car interior is the same as the standard AMG GT Black Series with the optional Track Package including rollover protection.

The only new features are the six-point safety harnesses stipulated by the FIA ​​and two tablets in the center console and the instrument panel in front of the passenger seat.

The lightweight bucket seats are part of the Track package that can also be ordered by any customer. In the official F1 safety car, however, a small cup holder is fitted to the side cushions to accommodate a water bottle. Control of the light signaling is via a panel mounted at the front of the headliner, with colour-coded round buttons allowing precise switching when wearing racing gloves.

The top model of the two-door AMG GT series was developed specifically for life on the race track, with 537 kW (730 hp), a stiffer body, new highly adjustable suspension, intelligent lightweight engineering and active aerodynamics. No other AMG model is currently closer to motor sports. That goes for everything from the AMG SPEEDSHIFT DCT 7G dual-clutch transmission to the two-pipe exhaust system made of stainless steel with a titanium silencer. 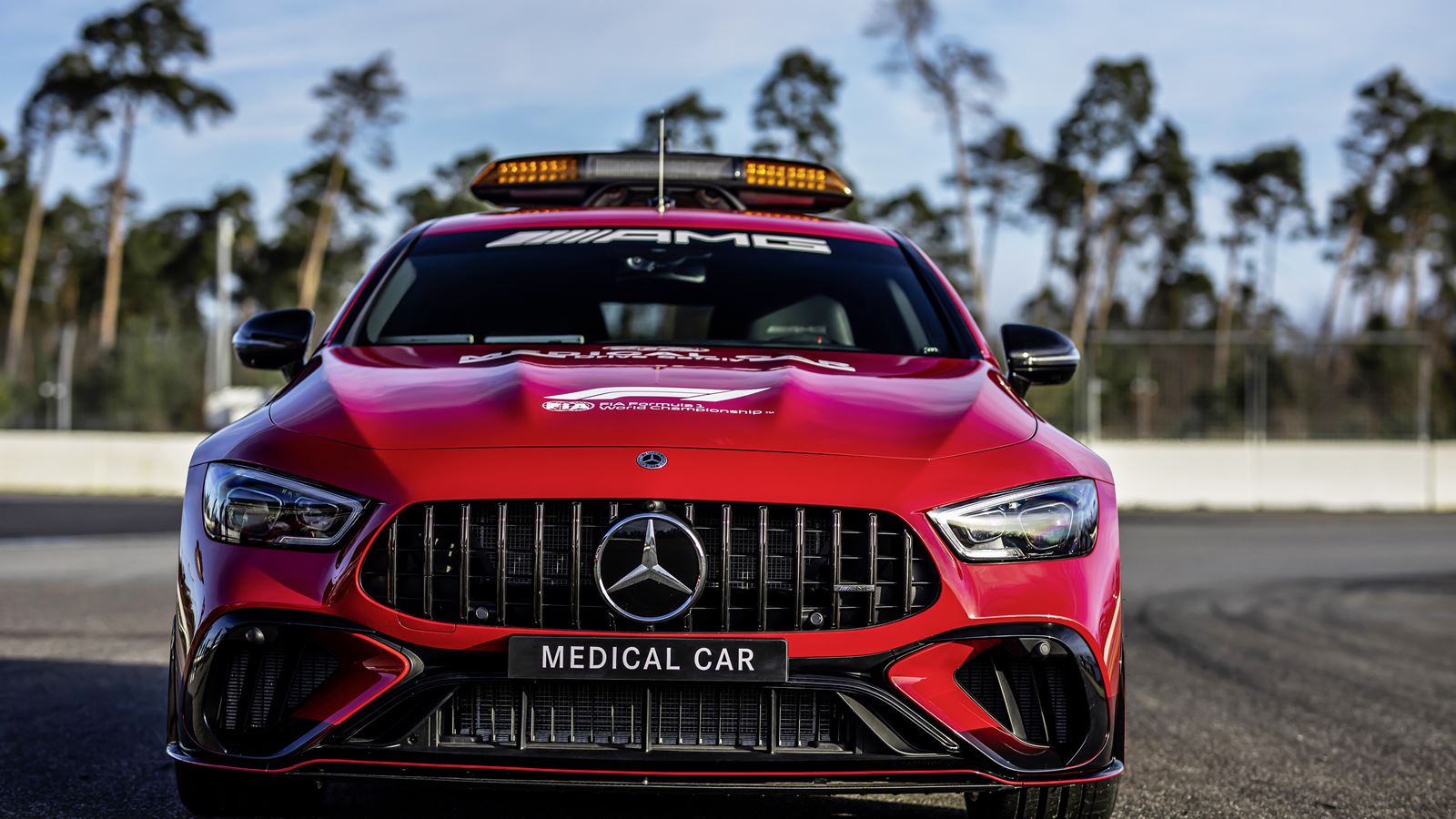 The standard production version of the Mercedes-AMG GT Black Series It completes the sprint from zero to 100 km/h in 3.2 seconds and reaches a top speed of 325 km/h.

The Mercedes-AMG GT 63 S 4MATIC+ makes its Formula 1 debut as the second works car, taking over from its predecessor, the C63S AMG. F1’s new official medical car is on standby for rapid emergency response and is manned by up to three doctors. 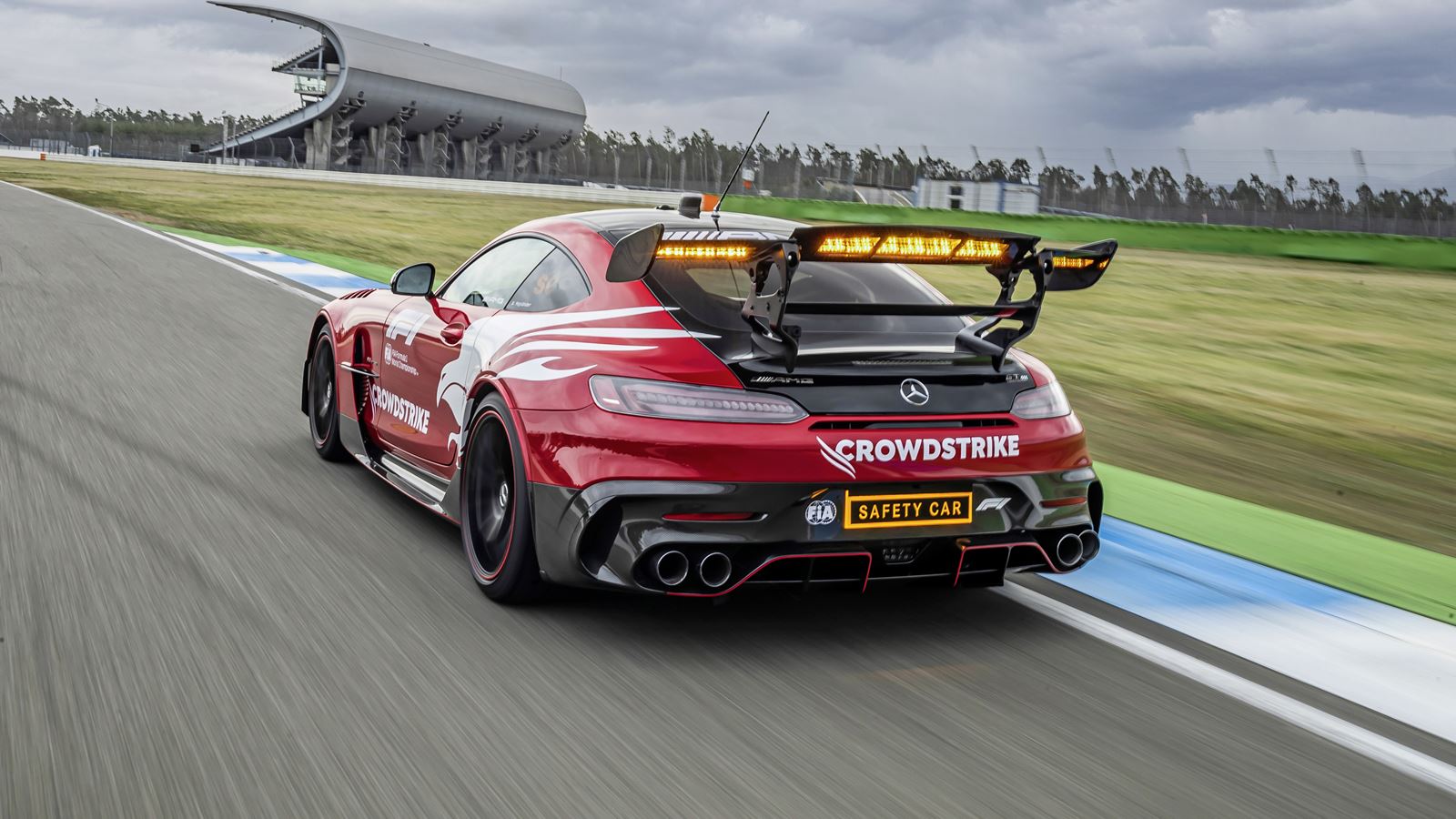 To make sure no time is wasted in the event of an emergency, the medic car comes equipped with top performance on the race track. The 4.0-litre twin-turbocharged V8 engine delivers maximum power of 470 kW (639 hp) and accelerates the standard-equipped four-door coupe from 0 to 100 km/h in 3.2 seconds. Its maximum speed is 315 km/h. Like the pace car, its V8 engine, AMG SPEEDSHIFT MCT 9G transmission, dynamic engine mounts and electronic rear locking differential are the same as the regular road version. Another advantage over the rear-wheel drive C 63 S is the fully variable AMG Performance 4MATIC + all-wheel drive. 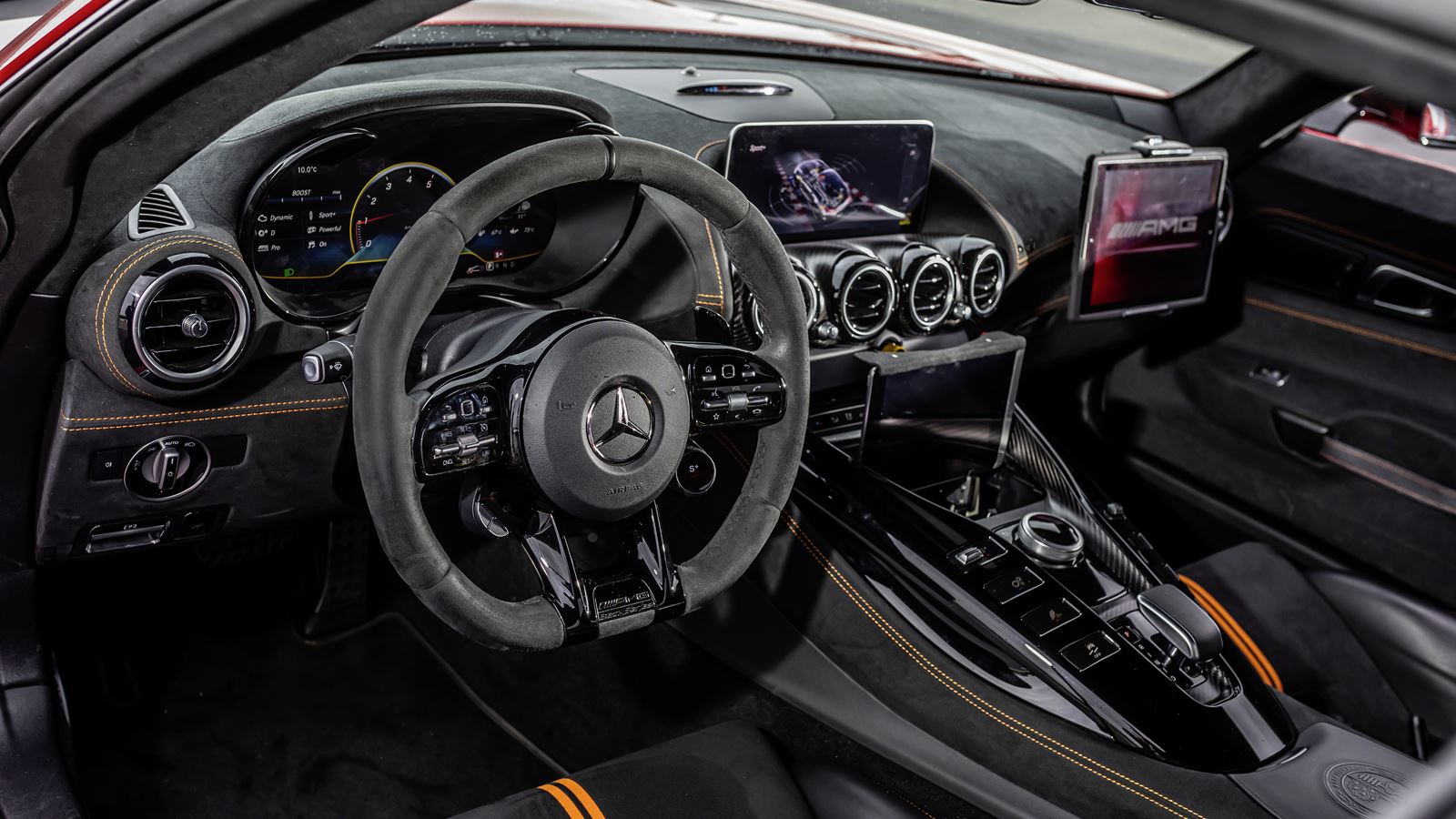 Like last year, the Mercedes-AMG Official F1® Safety Car and Official F1® Medical Car will enter the 2022 season in their distinctive red paint.