Yes, the new one is here Mercedes-AMG SL And be careful because in addition to kicking an AMG model to take its place, this roadster comes with many news and news to tell us.

The SL denomination has been present in the star’s house since almost 70 years ago and the latest generation of the series was presented today as scheduled. Under the denomination R232, the signature of the star presents us with a model that has undoubtedly changed compared to its predecessor.

Sitting on a new platform, the new generation of this roadster arrives full of technology from the S-Class but with a classic format. The 2021 SL is based on a 2 + 2-seat architecture, developed from scratch by the specialists at Mercedes-AMG. The vehicle chassis, made up of a lightweight aluminum composite structure, consists of an aluminum Spaceframe with a self-supporting structure. 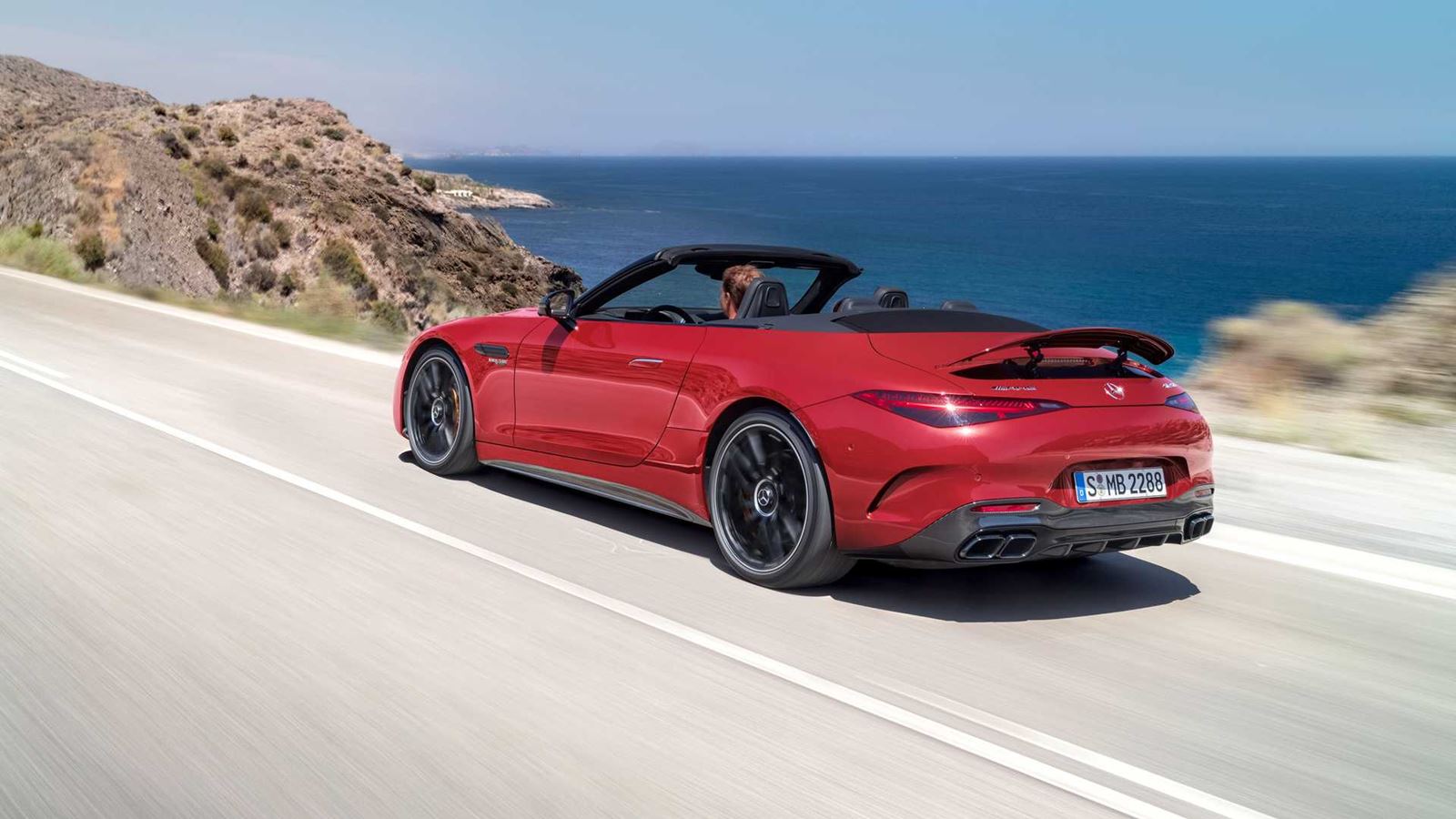 Notably, the new Mercedes-Benz SL replaces the Mercedes AMG GT Roadster, so its AMG variant will be capable of anything.

The latest design language from the star brand can boast of endowing the new generation of the SL with a sharper exterior featuring the Pan-American front grill with vertical slats flanked by standard Full LED headlights similar to those of the CLS.

Sleek side profile features pop-up electronic door handles just like the last one LessonsRegarding the ceiling, we went from a sectionable hard ceiling to a three-layer canvas ceiling that will offer significant acoustic and thermal soundproofing. With this change the manufacturer has announced a weight saving of about 21 kilos. 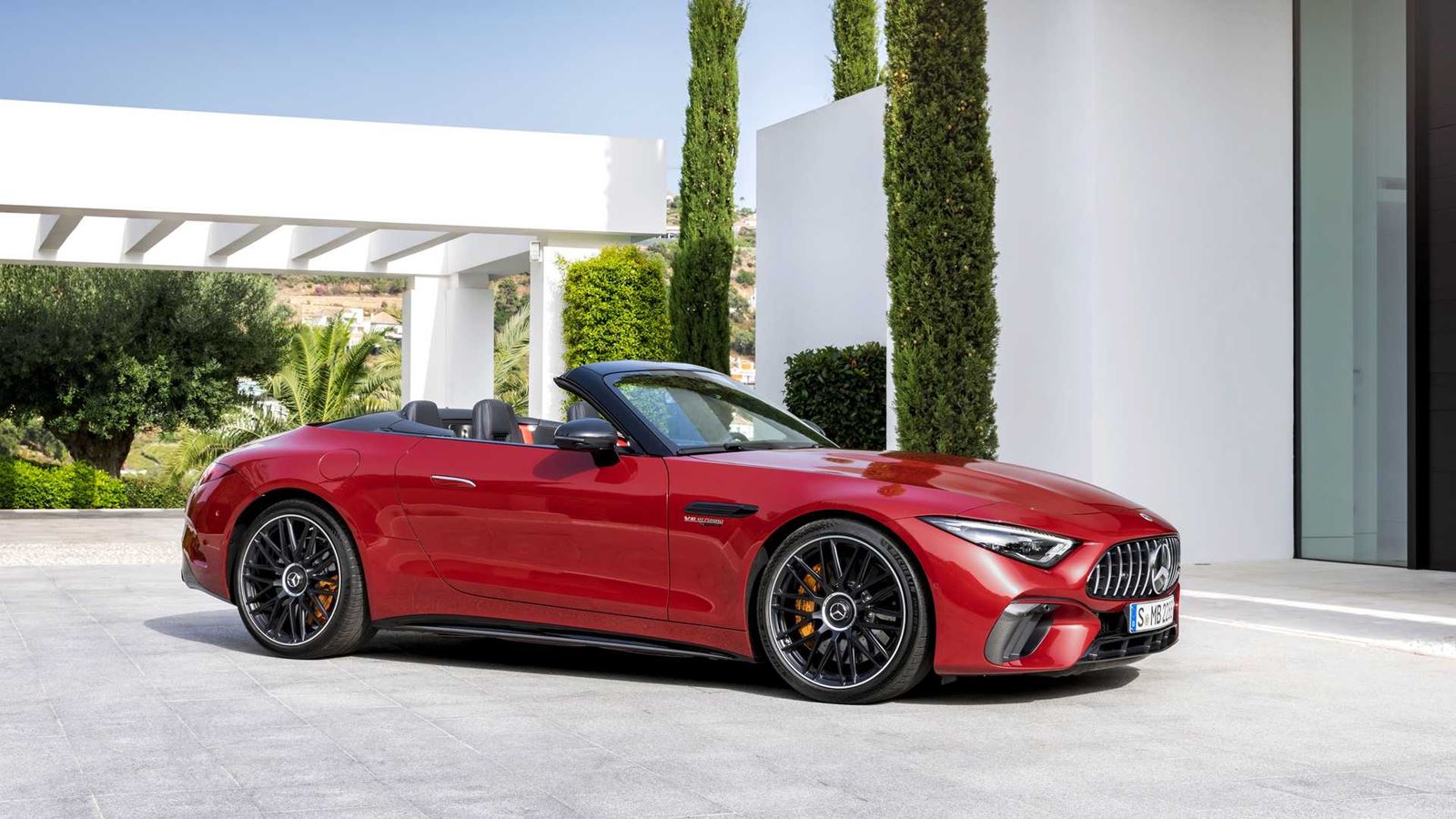 Importantly, the soft top has a heated glass rear window and can be folded down in about 15 seconds at speeds of 50 km / h. Making the roof significantly lighter has lowered the center of gravity, which should translate into better handling.

At the rear, the quadruple exhausts flank a diffuser and we must not forget that we are facing a high-performance AMG model. The taillights are wide, feature LED technology and give the rear an imposing look, while the active rear spoiler is seamlessly integrated into the tailgate and comes in six configurations.

In the aerodynamic section, Mercedes will sell the new SL with a optional aerodynamic package with flics in the bumpers, active aerodynamics in the front lower part and a more worked rear diffuser. 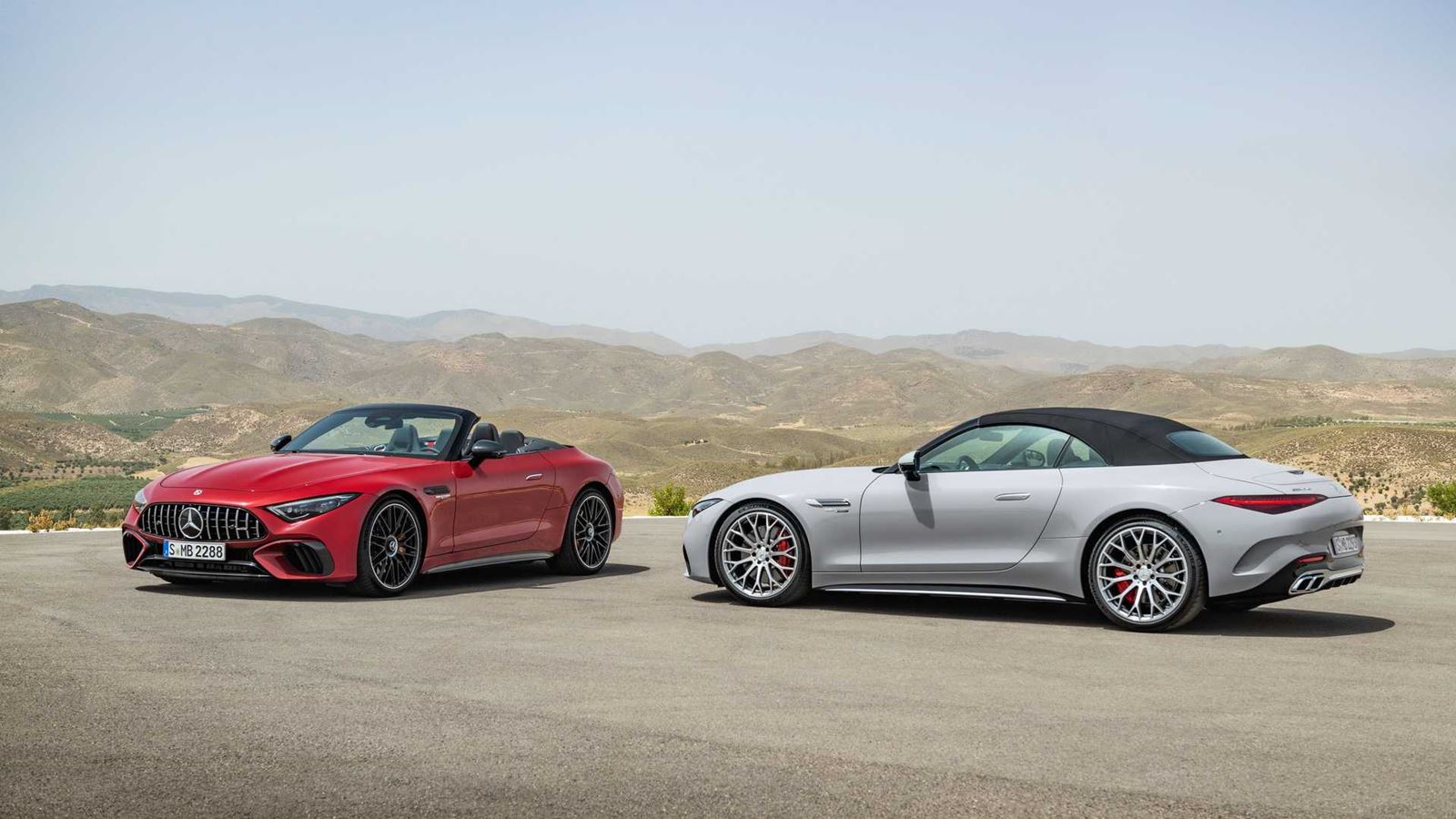 The cabin was already revealed last summer but as you can see, this one highlights an infotainment system with a Huge 11.9-inch touchscreen with adjustable tilt between 12 and 32 degrees.

Associated with the MBUX we find a Fully digital instrument panel featuring a 12.3 ″ screen paired with an augmented reality head up display that projects information right in front of the windshield.

To improve comfort and extend the use of this roadster in winter and summer, the manufacturer has enhanced the advantages of its Airscarf neck-level climate control system, which has integrated ventilation grills in the front headrests and comes as equipment. standard of the model. 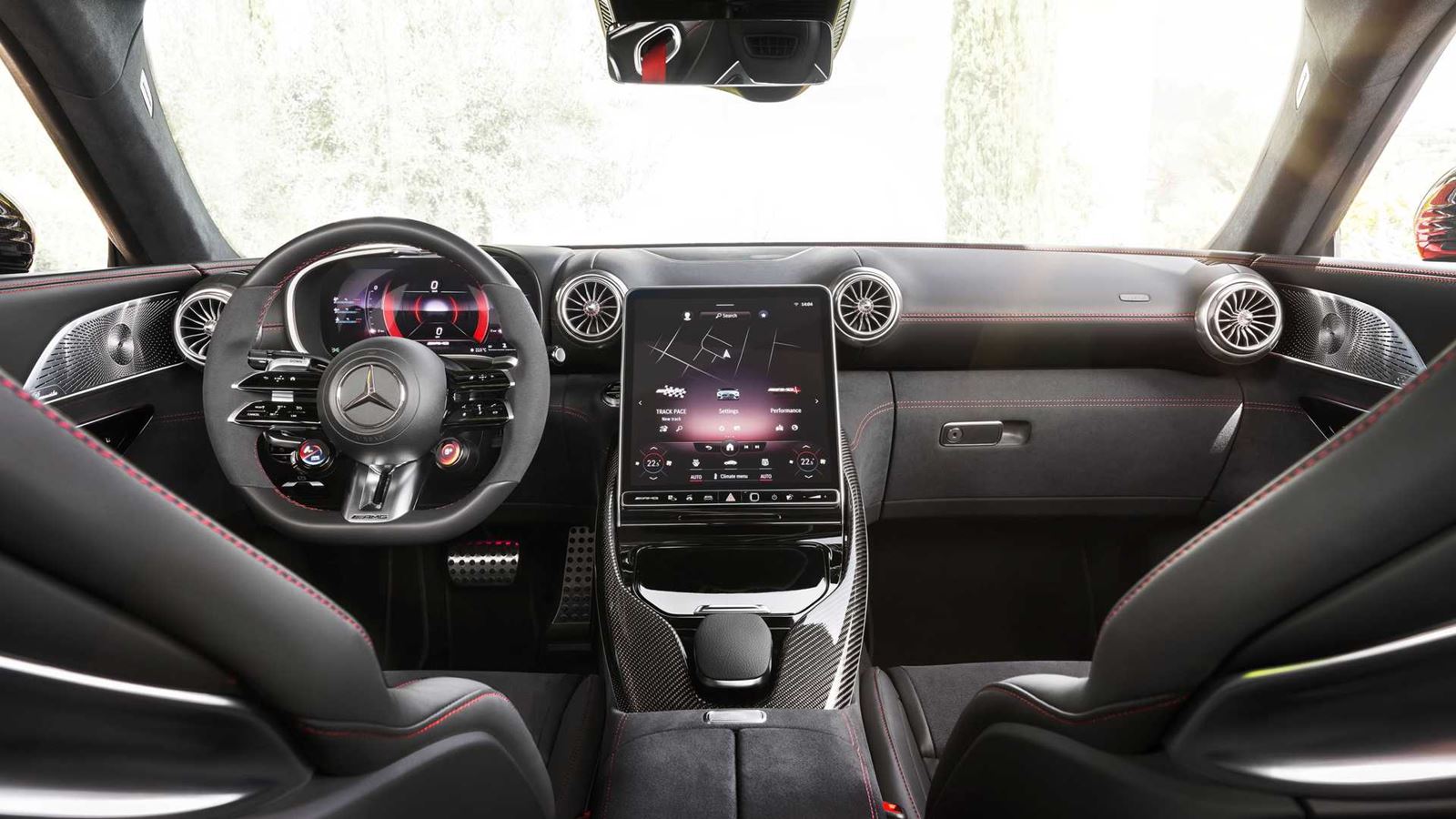 On the market launch date, the new SL will be available with a 4.0-liter AMG V8 biturbo engine in two power levels. Both thrusters are assembled exclusively by hand according to the ‘One Man, One Engine’ principle at the company’s plant in Affalterbach, Germany.

Later, the brand will offer the SL also with a powerful high-performance hybrid propulsion. 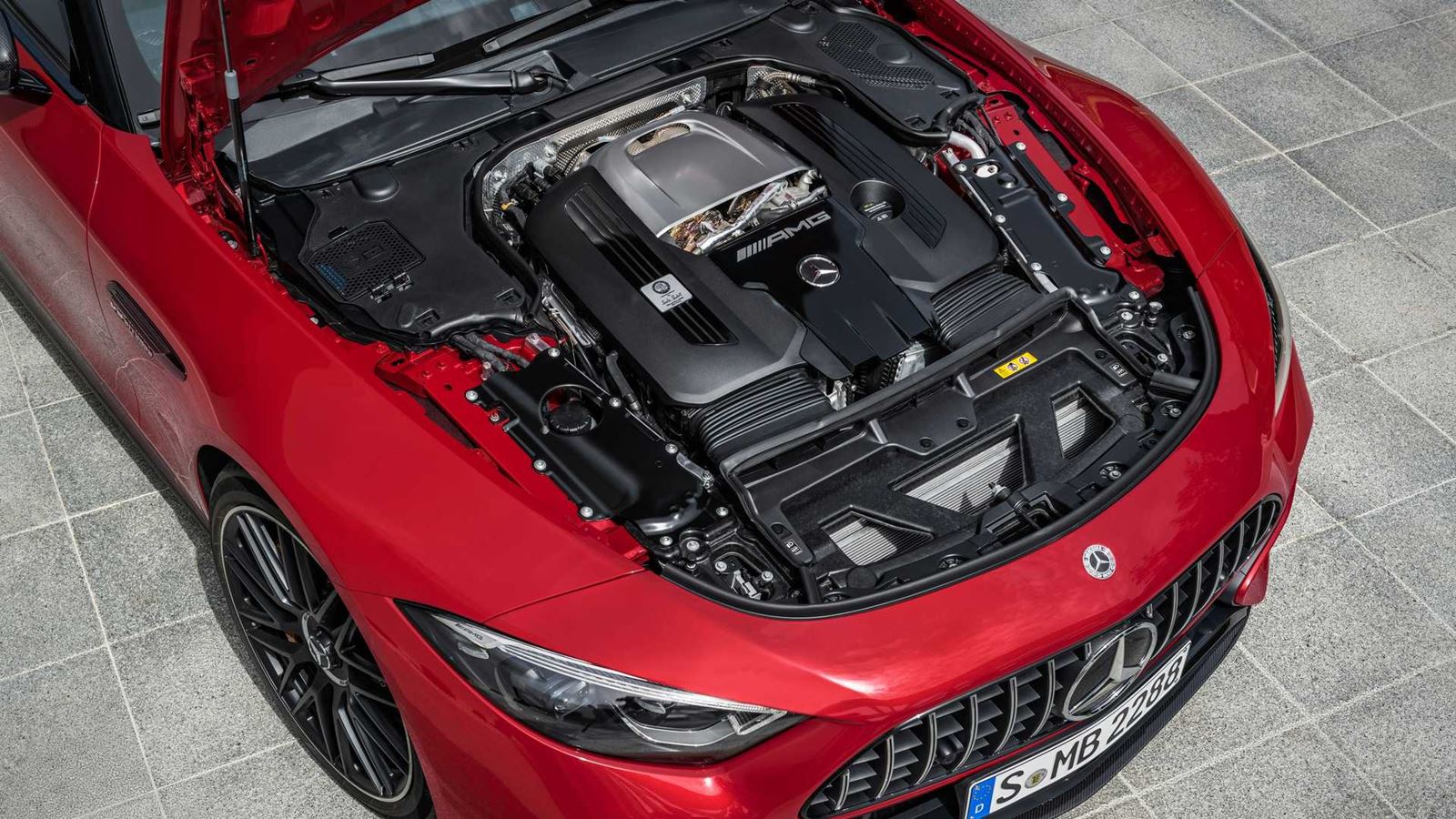 All engines will be associated with a AMG SPEEDSHIFT MCT 9G transmission with wet clutch for starting that replaces the torque converter.

This is the first time that the SL has been equipped with a Four-wheel drive. Both V8 models are equipped as standard with AMG Performance 4MATIC + all-wheel drive technology.

As if that weren’t enough, the SL 55 4MATIC + is equipped with a new mechanical running gear as standard. AMG RIDE CONTROL with high-performance aluminum shock absorbers and coil springs lightweight construction. For the first time, a Mercedes-AMG series vehicle is equipped with a multi-link front axle, made up of five arms housed entirely within the rim. 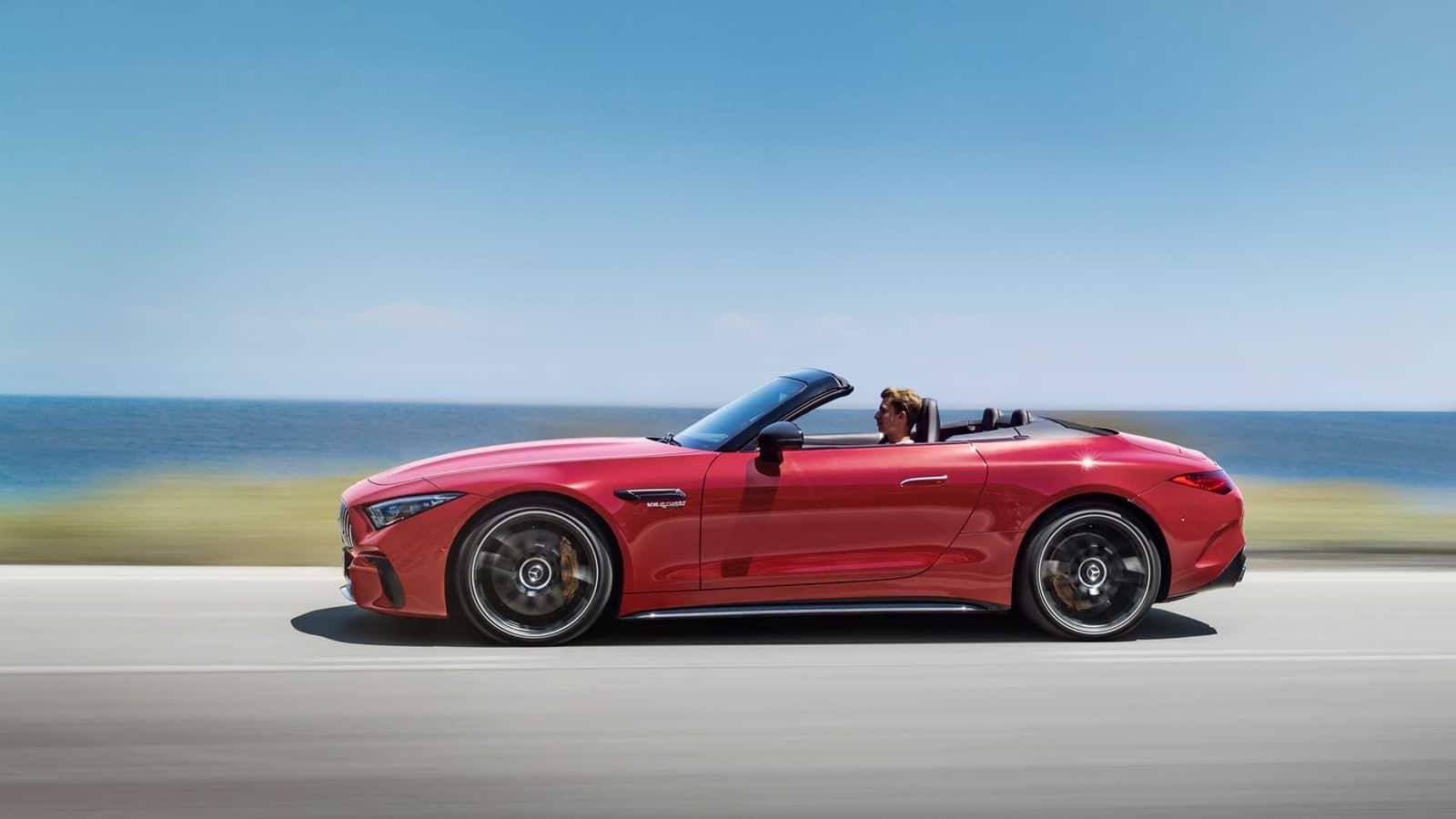 The new compound brake discs are lighter than before and require less space, so it is possible to improve the cooling of the brakes. Another novelty are the holes in the discs, optimized for a specific direction of rotation of the wheel.

For the first time in its long history, the SL is equipped as standard with Active Rear Axle Steering (HAL).

As soon as we know more details of range, equipment and price, we will let you know.