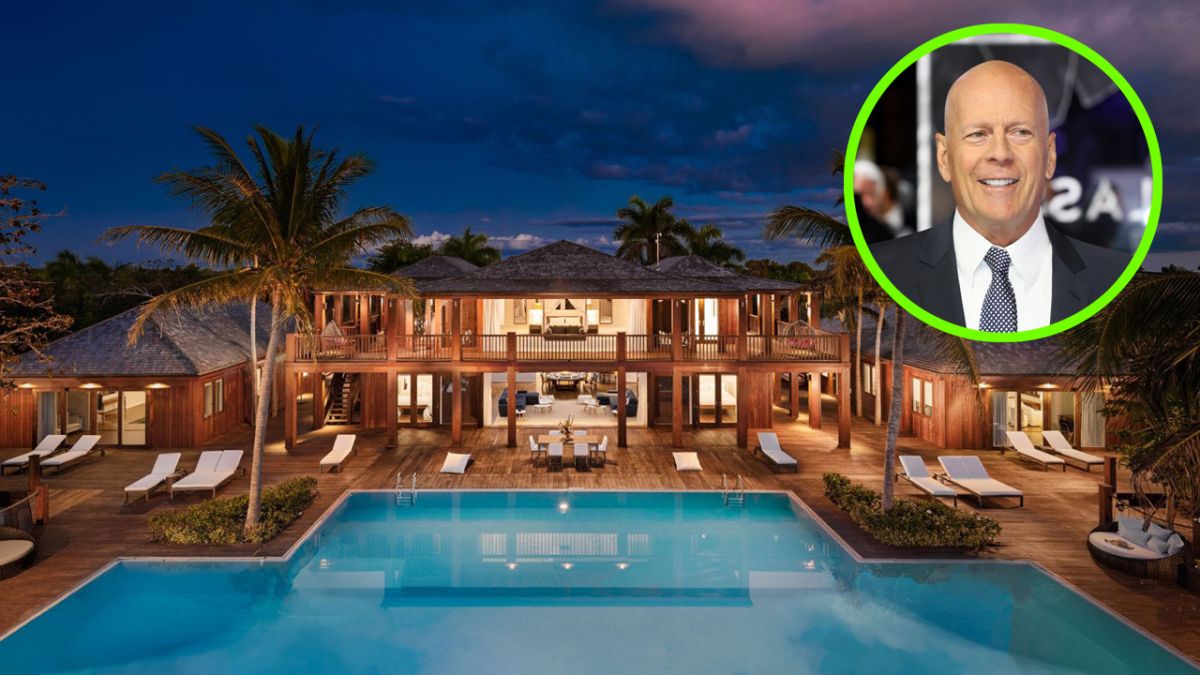 The actor Bruce Willis67 years old and who retired from acting due to aphasiasold at least five of his properties to meet the heavy costs of your treatment.

According to the Page Six portal, the renowned Hollywood star lHe had been preparing for some years for the day when he would have to resort to his goods to repair his ills. And that day has finally come.

“Bruce has been preparing for this moment for a long time. He knew that there would come a time, as his health declined, when his earning capacity would not be as great as before, ”said a source about the sale of his real estate.

It transpired that the protagonist of ‘Die Hard’ received around $65,000,000 dollars for his residences, which at this moment would only get in the way and would not be useful to him, because the last thing he wants is to have responsibilities-

How are the properties that Bruce Willis sold?

In May 2018, he got rid of the duplex apartment he owned in Central Park Westin New York, after receiving $17,750,000 million dollars. The buyer was the renowned financier Jeffrey Alan Keswin.

See also  Sofia Richie: This is what her new $27,000,000 mansion in Brentwood looks like on the inside

According to the technical sheet, the apartment, located in a building built in 1913, has an area of 6,000 square feetwith six bedrooms, with 4.5 bathrooms.

It is completed by a hall, a kitchen, a dining room, a living room, a main room, a library, an office, a laundry room, a storage room and more than enviable views of Central Park.

The residence was on the market for seven long years and was sold for a much lower figure than expected in 2011, because at that time it shook the market after being offered in $15,000,000 dollars.

Outside, on their 20-acre lot, the Hollywood star’s family enjoyed enviable privacy, as the property was surrounded by tall, leafy trees. They also enjoyed a terrace, a guest house, a gym and a resort-style pool with waterfalls, slides and their respective spa area.

From the property you have access to a beautiful lake, which gives this residence a plus.

This property, known as Bedford Corners and built in 2009, has a total of four buildings that, together, have an area of 13,791 square feetwith 12 bedrooms, nine full bathrooms and three half bathrooms.

Outside, on his lot 22.60 acreshas extensive green areas, with a saltwater pool with its respective spa area, with a pool house, with a terrace, with a tennis court, with a bonfire, with a guest house, with a gym, with an orchard, among other amenities.

Properties in Turks and Caicos

In addition to his real estate in the United States, Bruce Willis also owned two other properties in the Turks and Caicos Island.

“I never bought her a house”, Lupillo Rivera reiterates that he did not give Belinda a luxurious mansion
This is the romantic house where Toni Costa and Evelyn Beltrán spilled honey in Puerto Rico
Will Smith: Inside his millionaire two-story mobile home with a movie theater
Ellen DeGeneres got rid of the deserted mansion she bought in Montecito in just two months