The most significant change that it incorporates is the boxer engine of six cylinders and 4.0 liters. This high-revving engine inherits directly from the 911 GT3 Cup competition and develops 500 hp of power, which represents a gain of 75 hp compared to the previous generation.

The dual-clutch transmission (PDK) It is now standard with seven gears instead of six and all ratios are shorter than in the previous model.

Thanks to an optimized intake, maximum power is reached at 8,300 revolutions, 800 rpm more than before. The new drivetrain, which is capable of turning at a rate of 9,000 revolutions, delivers a maximum torque of 465 Nm at 6,000 rpm instead of the previous 425 Nm at 6,600 rpm. The result is a wider window on torque delivery, which makes the car more usable for all types of drivers, from hobbyists to professionals.

Chassis modifications have also improved the handling of the 718 Cayman GT4 RS Clubsport. Suspension has been revised from scratch to achieve that the vehicle offers an optimized response and less body movements. Upgrades include the use of two-way adjustable dampers, as well as adjustable sword-type stabilizer bars at the front and rear.

See also  Russia, what cars were produced so far by model? 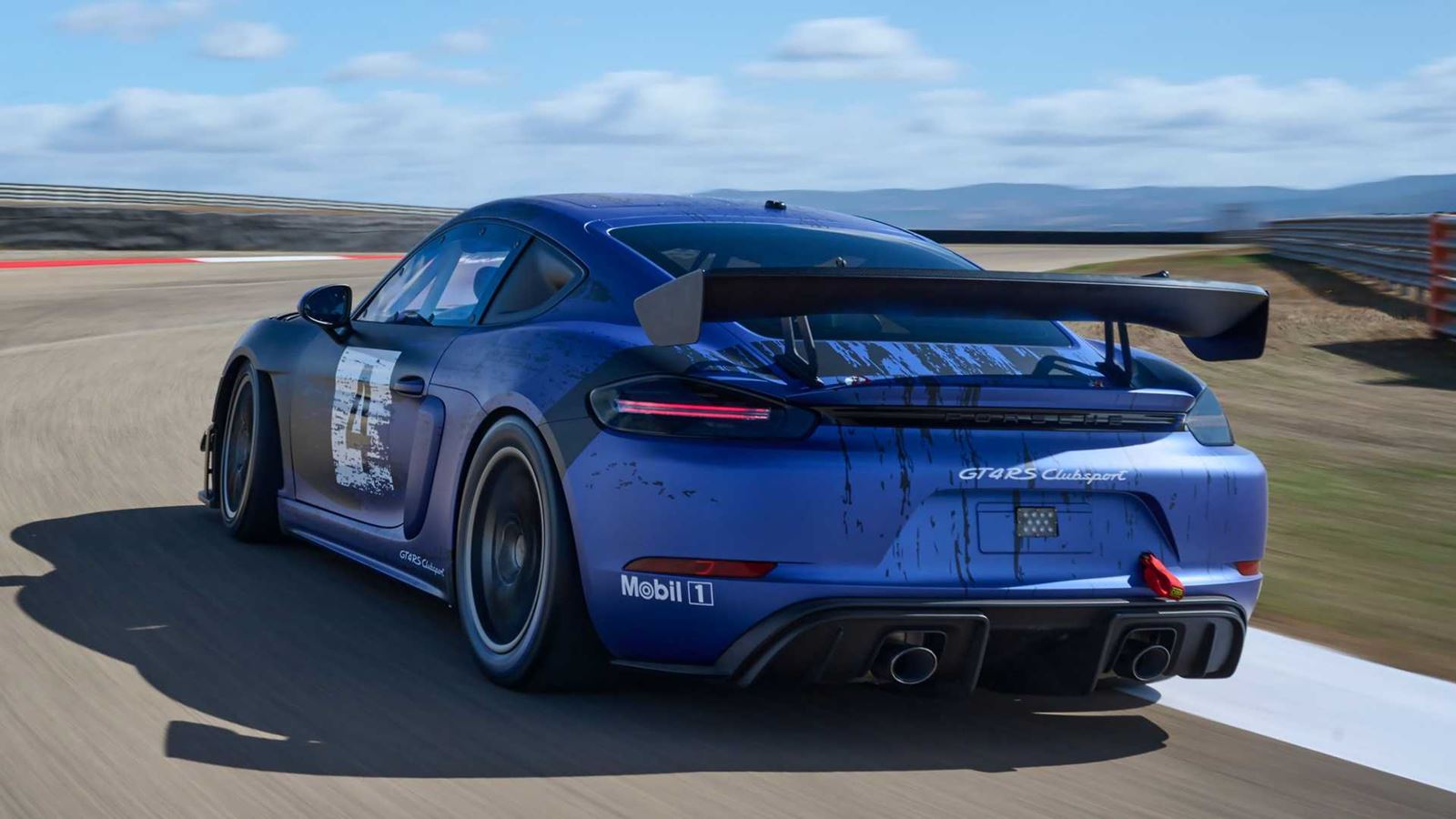 The height, camber and toe of the car can also be adjusted. On the other hand, from now on, three different types of springs are available for both axles. The special NACA ducts in the hood are designed to direct the airflow more efficiently to the large braking system, equipped with 380 millimeter diameter steel discs.

The Porsche Stability Management System (PSM) It has a race-specific setting and includes a switch for Traction Control (TC), ABS and an updated stability control system. 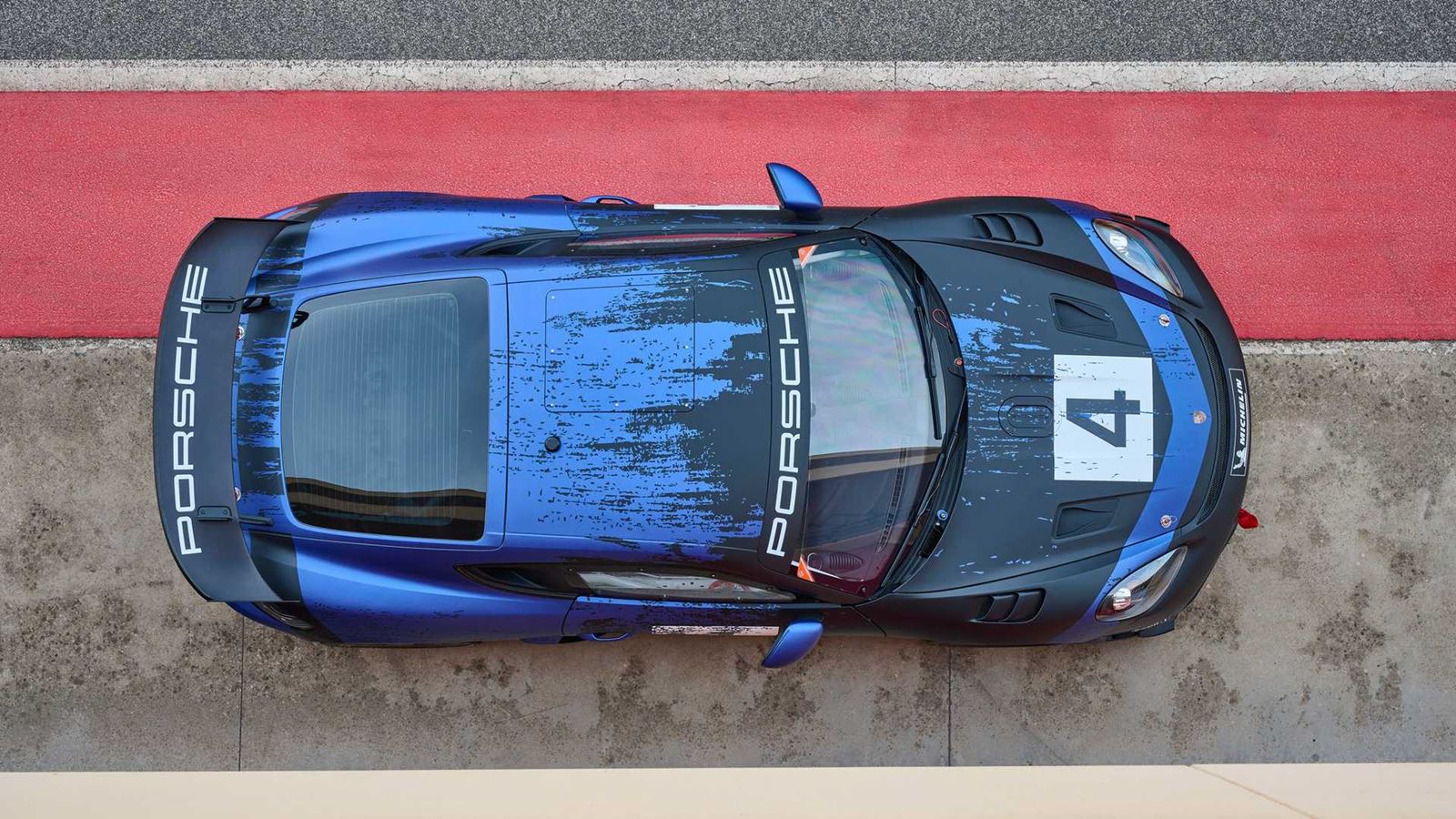 Aerodynamics ensure precision and control when driving the 718 Cayman GT4 RS Clubsport, so it always stays balanced, even in fast corners. The front wings and extended front lip increase downforce on the front axle. The ventilation elements of the wheel arches, inspired by the 911 GT3 R, and specifically designed air curtains serve to eliminate turbulence around the front wheels.

Previous 718 Cayman GT4 Clubsport was the first series-production racing vehicle to use body parts made from composite material renewable natural fiber. In the case of the new GT4 RS Clubsport, an even more extensive use is made of this material, which is present in the doors, the rear spoiler, the bonnet, the wheel arches, the aerodynamic elements of the front and the steering wheel. 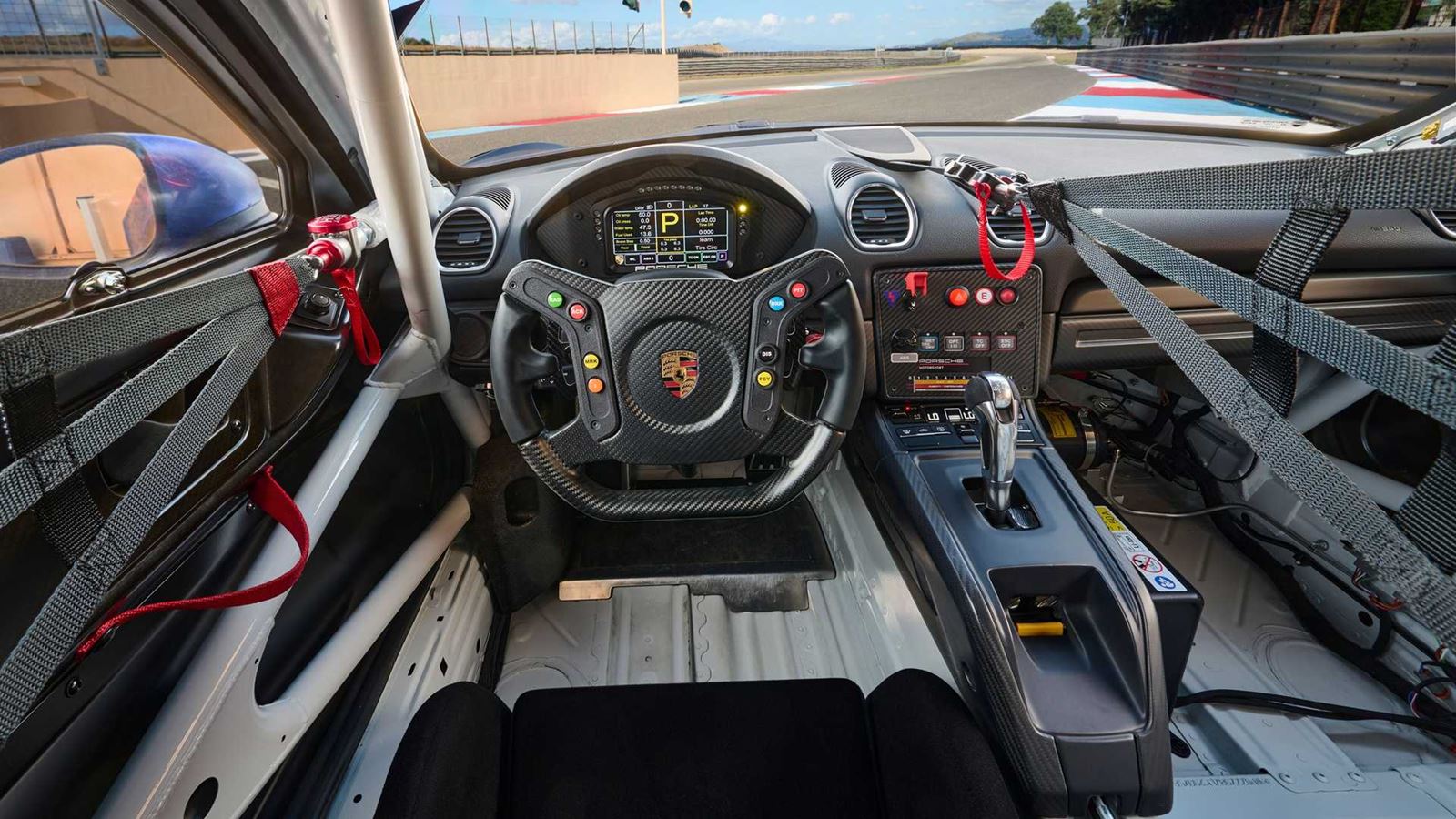 The use of this flax-based fiber as an alternative to carbon fiber composite material is now being tested in motorsports and will eventually be seen in the mass production of road cars.

The 718 Cayman GT4 RS Clubsport incorporates the roll cage welded to the frame, the Recaro seat with longitudinal adjustment of the bench, the six-point harnesses approved until 2023, the safety nets, the fire extinguishing system or the lifting system with three built-in pneumatic jacks.

The new safety foam on the driver’s side complies with international SRO championship regulations, while the FT3 safety fuel tank has a capacity of 115 liters, making it especially suitable for endurance racing.

In addition, Porsche offers two different exhaust systemsso the GT4 RS Clubsport can compete on the tracks with the strictest noise limits.