Hyundai motor company He has presented us today a new teaser of his expected IONIQ 5.

It is the first model in its BEV product line dedicated to IONIQ. IONIQ 5 will be the brand’s first vehicle to make use of the Electric Global Modular Platform (E-GMP) from Hyundai Motor Group, an innovative system created exclusively for next-generation battery electric vehicles that will usher in a new era of mobility for the brand.

The distinctive and innovative design of the IONIQ 5 provides a unique experience, suggesting a fundamental change in approach to design. 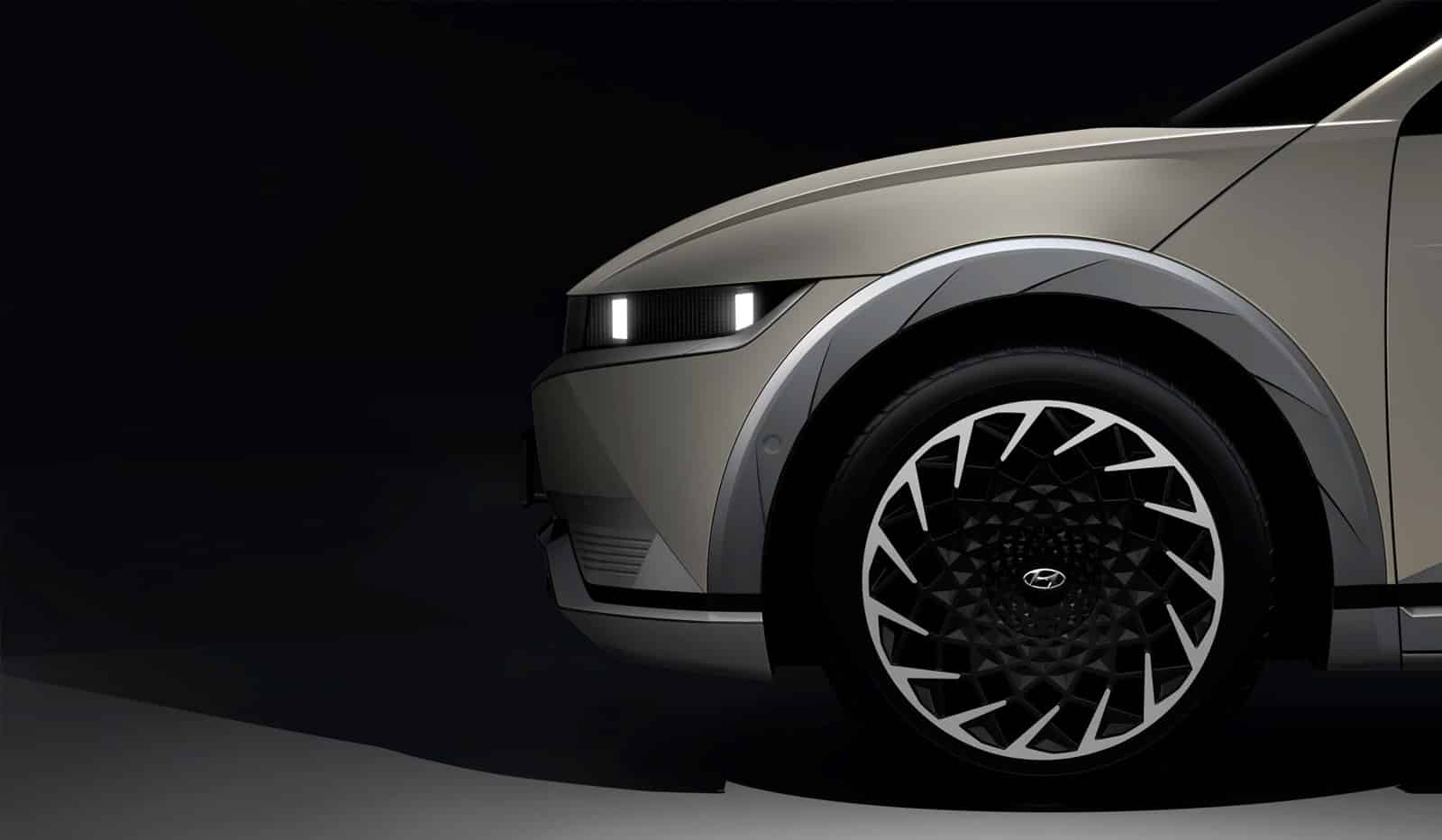 The characteristic design elements of IONIQ 5 They include parametric pixels, the smallest unit of digital imaging, as well as their eco-friendly Color Material Finishing (CMF) direction that connects analog with digital emotions, showcasing the timeless design value of the IONIQ brand.

The front of the IONIQ 5 is adorned with pixel-inspired LED light arrays that suggest the digital technology it contains. The IONIQ 5 is also the first Hyundai vehicle to feature a shell-shaped hood that spans the entire width of the car, minimizing gaps between panels and creating an overall clean, high-tech look. 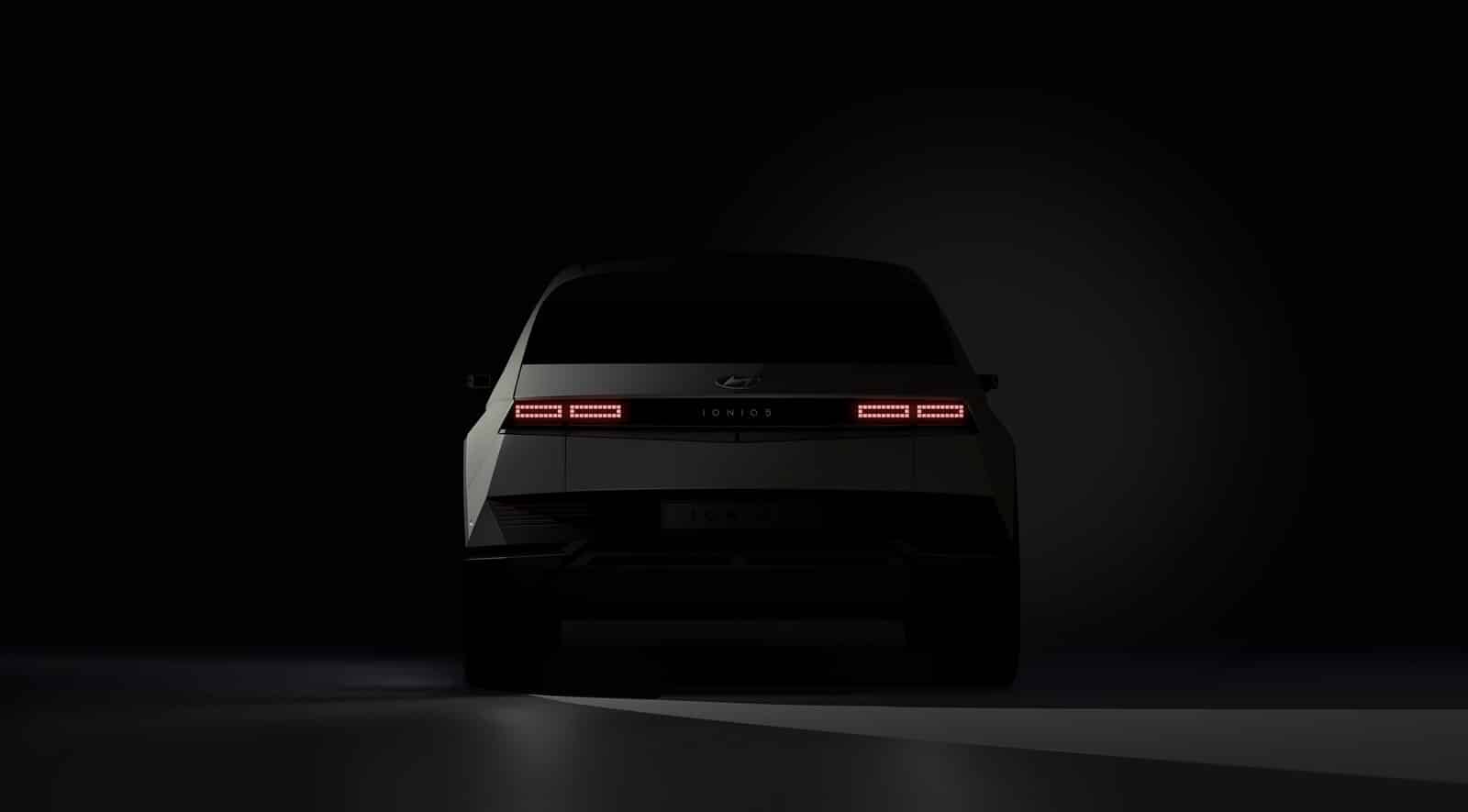 Aerodynamic rims are offered in a diameter of 20 inch, the largest tires ever installed on a Hyundai EV.

Hyundai Motor has also released four teaser videos to arouse curiosity about the new model – here are some so you can see how the technology works IONIQ 5 Vehicle to Load (V2L)-. This technology allows us to use the car as a general power source (110/220 V).

The IONIQ 5 will debut in a virtual event in February 2021.

The platform guarantees the safety of the battery through a structure made of ultra-high-strength steel. Hot-stamped steel components surround this frame for added rigidity.

The E-GMP maximizes interior space thanks to a long wheelbase, short front and rear overhangs and a narrow cab module. With the battery pack mounted under the floor, the E-GMP provides a completely flat space for the cabin. 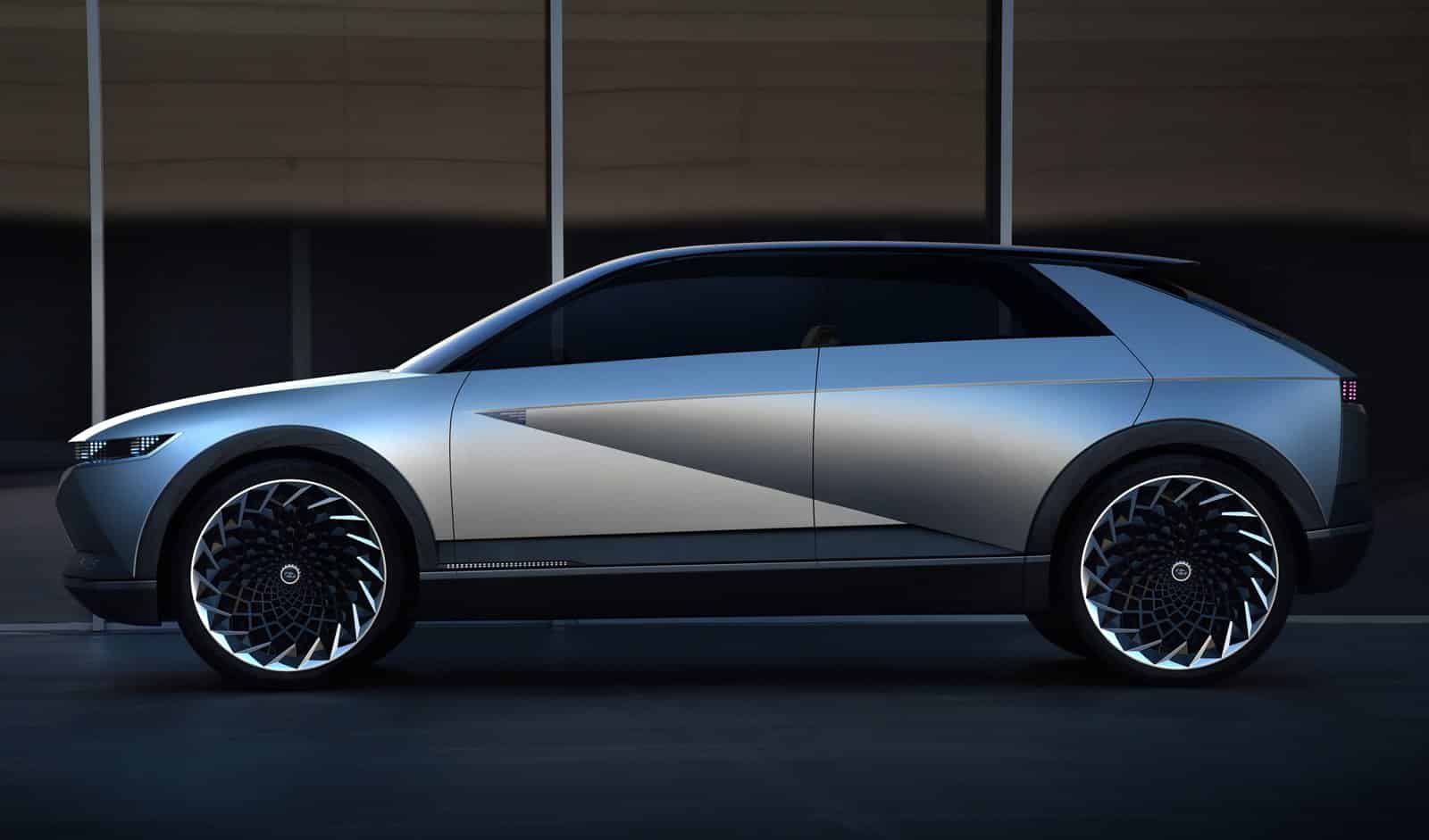 The battery pack itself, mounted between the front and rear axles, will be the most power-dense system Hyundai Motor Group has ever created.

The new compact electric propulsion (PE) system of the E-GMP platform consists of a powerful motor, EV transmission and inverter. These three components are integrated into a single compact module.

Well, after telling you all the benefits of this new platform, today Hyundai has revealed a new teaser, which although little shows, tells us about the next IONIQ 5, the first specific EV in the new IONIQ brand that will be launched next month February. 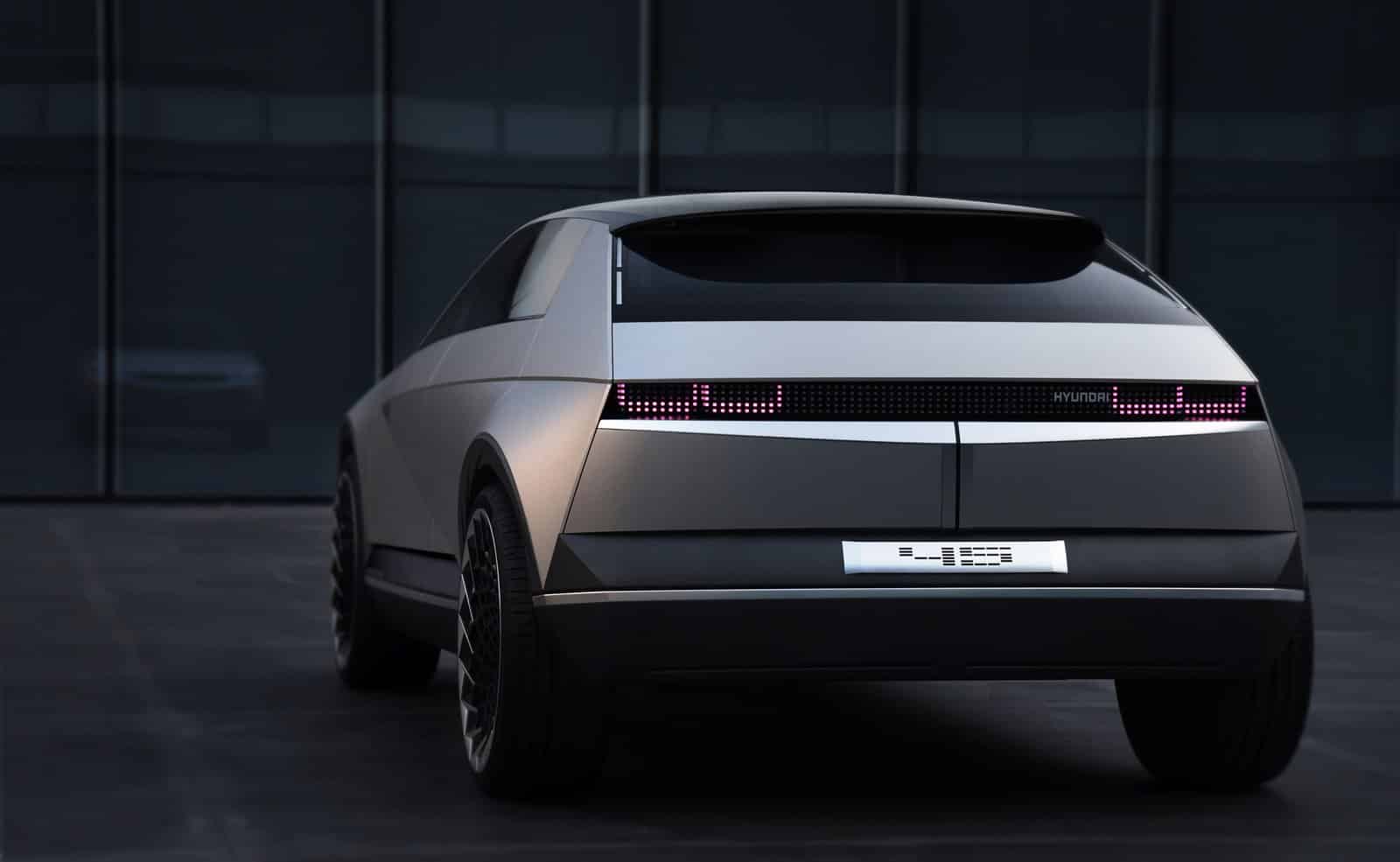 Based on Hyundai’s ’45’ EV concept, the IONIQ 5 will be the first car to make use of the Global Electric Modular Platform (E-GMP).

Under IONIQ, Hyundai will launch a range of electric vehicles, including the IONIQ 5 – a mid-size crossover in early 2021 -; the IONIQ 6 – a sedan – and the IONIQ 7 – a large SUV.