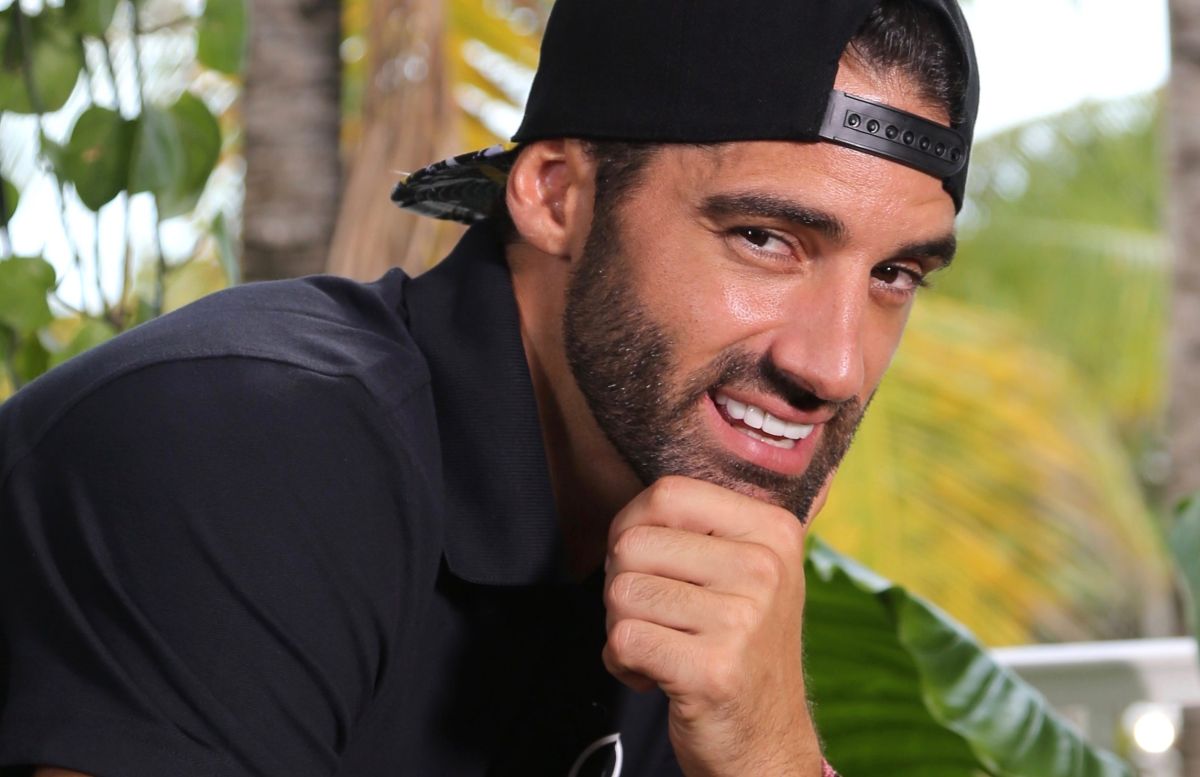 Hours before entering ‘La Casa de los Famosos 2’ with the hope of reaching the final, and winning the 200 thousand dollars to buy a house where his daughter Alaïa would be comfortable, Toni Costa writes an open letter: “Disrespect hurts me, unnecessary comparisons, hatred, insults, barbarities towards my partner”, says among many things.

Taking advantage of ‘Mother’s Day’ Sunday, and his near confinement in Mexico, from a hotel room where he has hours to get some air or go out to exercise so as not to cross paths with the rest of his classmates, the Spanish dancer sent congratulations to all the women.

But that was just the beginning of an extensive letter in which he once again clarified that his relationship with Evelyn Beltrán began 4 months after Adamari López ended the relationshipbut above all he asked for respect and an end to the insults for the woman who he claims took him out of ‘his gray days’.

“Hello family!
Happy Mother’s Day to each and every one of you who celebrates this wonderful day today, mother’s day is every day because you are the most valuable thing this world has, without you nobody would be here, I come from a woman and each one of usso you are sacred.
I take this opportunity to let you know several things with all my respect and affection, the same that you show me every day.

See also  VIDEO: Juan Vidal assures that he and Niurka have something true in 'The House of the Famous'

Life sometimes is as one does not expect and when separations occur, they are accepted and look forward, nobody here really knows the true story, they may have their guesses, thoughts, opinions and stories of everything that has happened and as long as they are respectful, they are accepted because they are just that, opinions that each one has based on their way of being, feeling and living.

We must respect the decision we made a year ago, turn the pagesee what is happening right now, we are present parents wanting the best for our daughter And that’s it, there’s no more to say because that’s how God put us today in the place we are, and if he decided it that way, it was for the good of all of us.

I adore your affection, your love, your encouragement, your support, your comments, everything! And I wish I could answer them one by one, I wish. With this I say that if they show me all that, everything that I am, that they respect me, I ask you with my heart in my hand that you also respect my life, my partner, my happiness and the path that the Lord put me on.

The disrespect, unnecessary comparisons, hatred, insults, barbarities towards my partner, a woman of excellent feelings, humble, loving, attentive, detailed, sensitive, good, a mother who loves and is present (not the time that she would like) with her son the days that both parties allow and have agreed, a woman who is not to blame for absolutely anything when all she did was give me love, support me unconditionally, respect me and give me back my illusion and smile at a very gray moment in my life. It came without looking for it or waiting for it, but it came (4 months after ending my relationship with my daughter’s mother). God knows and many around us that this is the only truth, and I can swear it by the most precious thing I have in my being that they already know who she is, my daughter.

There are people who do not want to accept the truth, but that is no longer my problem, I sleep every day happy and with a very clear and peaceful conscience. CAs everyone we have the right to new opportunities in life, in love, in everythingthis life is one and I decide like everyone to live it in the best way you feel and know.

There is a saying that yesterday is history, tomorrow is a mystery, but today is a gift, that’s why it’s called the present. Let’s live with love, with happiness, with respect and taking advantage of every second of this life that has an expiration date to be good people, let’s be an example for our children, for our family, for our friends and for the people who are there, and we are part of their day to day. Let us be beings of light and everything will change transforming this world into a paradise.

I love you with all my soul, I adore you, and I feel like the luckiest man in the world to have you and accompany me every day.. In two days I will enter a project where I will stop hearing from everyone, (they leave us cut off from the outside world) nor I will know about my daughter, my family, my partner, the people I love and who give me strength like you.

See also  Where to watch the movie "I can't do without you" by Maite Perroni?

I ask for support, and above all that you enjoy me as I really am, 24/7, I will not let you down and very soon I will be back grateful for so much that they have given me and continue to give me. Happy mothers day!
Tony.”

Since Rumors began that Toni Costa had started a relationship which at that time was her Zumba student for a day, the attacks began, malicious comments and threats to Evelyn. They accused her of ‘steals husbands’, but the insult that hurt her the most, and she told us in exclusive interview was being called a bad mother.

Why? Because they accuse her of going on a trip with Toni while her son is with his father. But as she herself told us in the only interview she has given so far, He has an agreement with his ex where he lives half the time with her and the other with him..

so in On the days that the child does not live with Evelyn, she takes advantage of them to travel and share time with her boyfriend.

But now they have a great test ahead of them, Toni’s confinement in ‘La Casa de los Famosos’, that if it reaches the final, it will be 3 months without seeing or speaking. However, also in an exclusive interview, she is willing to support him so that he wins and can buy that house from Alaïa.

RELIVE HERE THE INTERVIEW OF TONI AND EVELYN:

DON’T MISS THESE OTHER STORIES:

•Toni Costa and his girlfriend before entering ‘The House of Celebrities 2’: “I want Alaïa to know about Evelyn for me, with Adamari in front”

•Toni Costa and Evelyn Beltrán, exclusively, their first interview together: “We deserve a second chance”