Last April, during the confinement because of covid-19, Triumph Spain launched a solidarity initiative to contribute to the ‘Red Cross Respond Plan’, dedicated to fighting the terrible effects of the pandemic.

His proposal was raise funds through a motorcycle raffle, specifically a model as legendary as the Bonneville T100 in a special edition ‘Bud Ekins’ and with colors that were precisely identified with those of the Red Cross. Its retail price is 11,200 euros.

The biker response to the call of the British brand it was overwhelming, getting the participation of more than 2,700 people. Thanks to your donations, Triumph has been able to contribute to the ‘Red Cross Respond Plan’ a quantity of 46,160 euros, that will go to the health, social and educational assistance to people in vulnerability in Spain due to the coronavirus crisis.

The lucky winner of the Bonneville T1o0 draw was Enrique Martín, from Bilbao, who made a donation of 50 euros (one participation for the contest was obtained for every 10 euros). Now he is the new owner of this very special motorcycle, in addition to enjoying one year of free comprehensive insurance thanks to the collaboration of the Peris brokerage in the initiative. 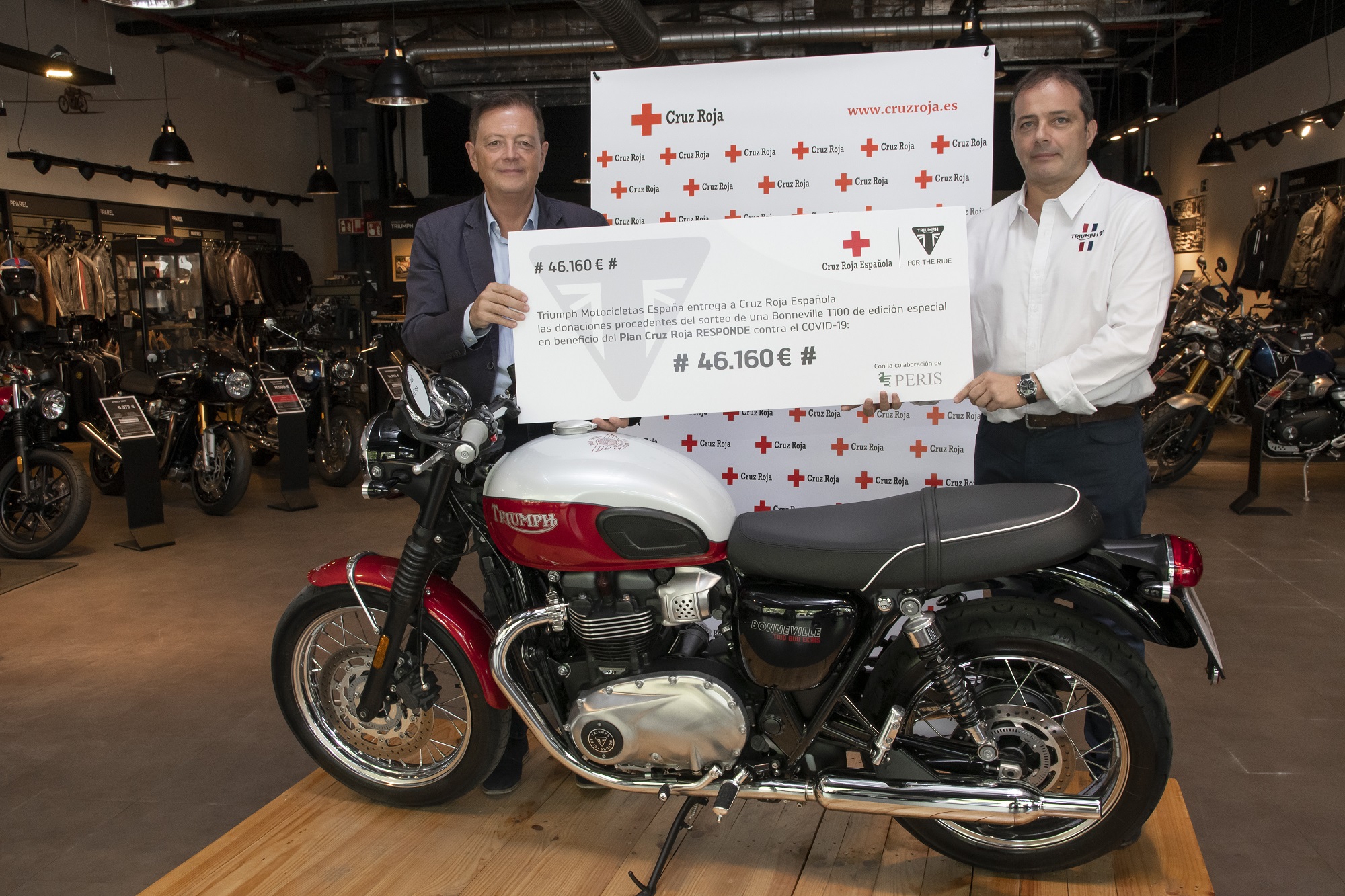 Jaime Gregori (left) and Santiago Mulás, during the delivery of the donation.

Santiago Mulás, general manager of the brand in the Spanish market, he was in charge of delivering the donation to Jaime Gregori, Marketing Director of the Red Cross. Mulás wanted to highlight the solidarity that, once again, the motorcyclists’ group has shown: “Our greatest joy was to see the incredible response we received, since during the first weekend since the donations were opened we managed to raise almost 20,000 of the final 46,000 euros. We knew that we could count on the support of the motorcycle group, but the response was so overwhelming that it is essential thank the thousands of motorcycle fans that they made their donation ».