The twenty-fifth installment of the adventures of 007, No time to die, It was scheduled to be released for these months, but, as has happened with so many other films, the situation generated by Covid-19 has led to an indefinite delay of its release.

This delay has not prevented launches related to it from taking place. For example, the saga has teamed up with Triumph to make its bikes appear in the film, and the British brand has wanted to take advantage of the occasion to launch a special series.

The Triumph Scrambler 1200 Bond Edition It is a limited edition of which only 250 copies will be produced for everyone, and which is based on the top-of-the-range XE finish. The bike sports a Sapphire Black paint scheme with the knee area finished in profiled brushed aluminum, with golden stripes hand painted.

The rear cover on the exhaust shows the logo ‘007’, the leather seat has a specific embroidery that reads ‘Bond Edition’ and the instrument panel has a personalized welcome screen.

He black He is the protagonist of the series and wraps everything from the fenders to the crankcase, through the passenger handle, the fork or the headlight grille. The main color is combined with certain golden details. As a last distinctive touch, its serial number It is engraved on the handlebar clamp to ensure that each unit is unique and unrepeatable.

Its engine is the usual one, a two-cylinder block that develops 90 hp of power and 110 Nm of maximum torque, associated with a six-speed gearbox with slipper assisted clutch. Its mechanical section is complemented by a Brembo brake system with M50 monoblock calipers, Showa and Öhlins suspensions and Arrow exhaust with carbon fiber output.

The Triumph Scrambler 1200 Bond Edition will be priced at 19,500 euros in Spain and will be available in mid-June, but can only be purchased with a prior reservation. 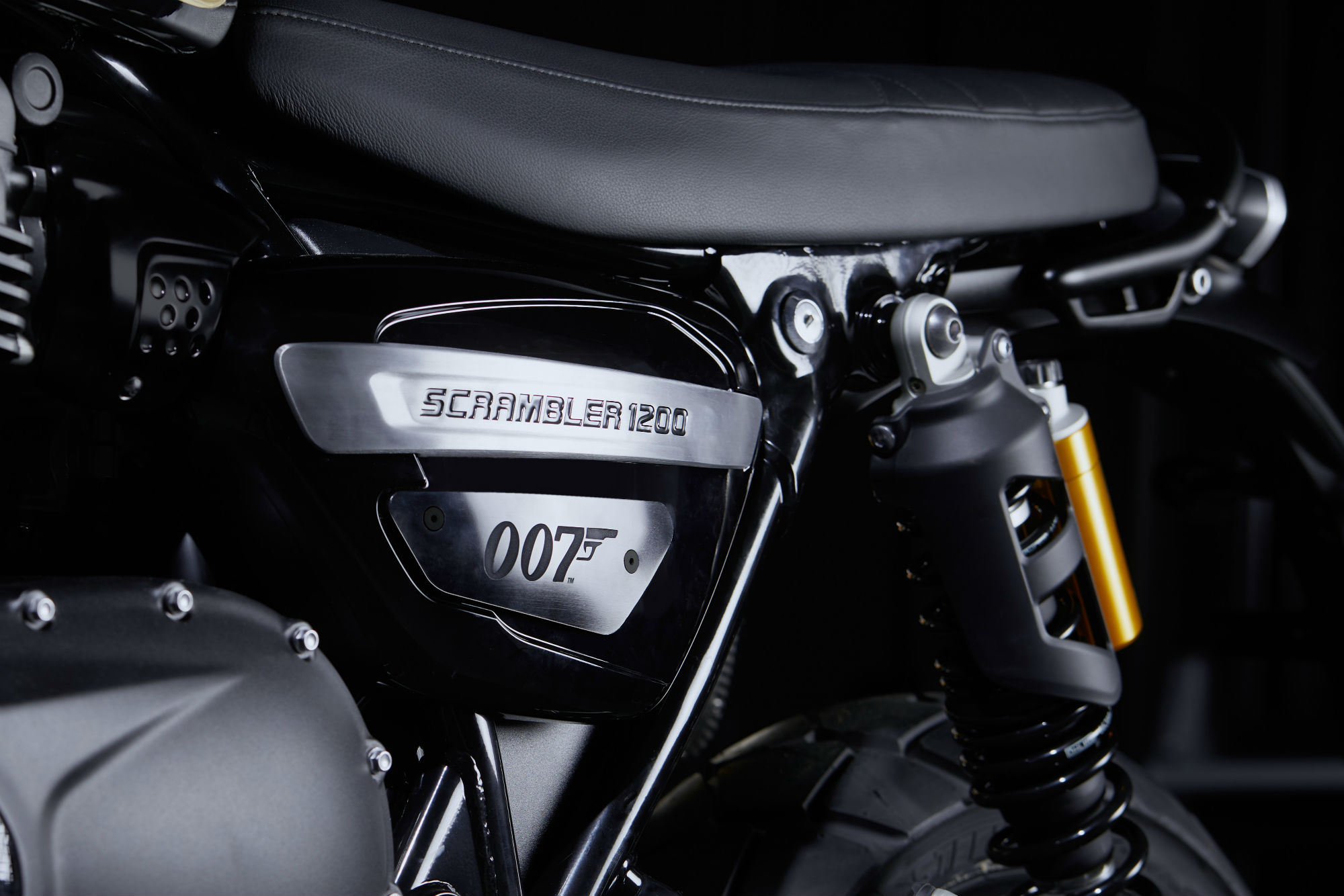