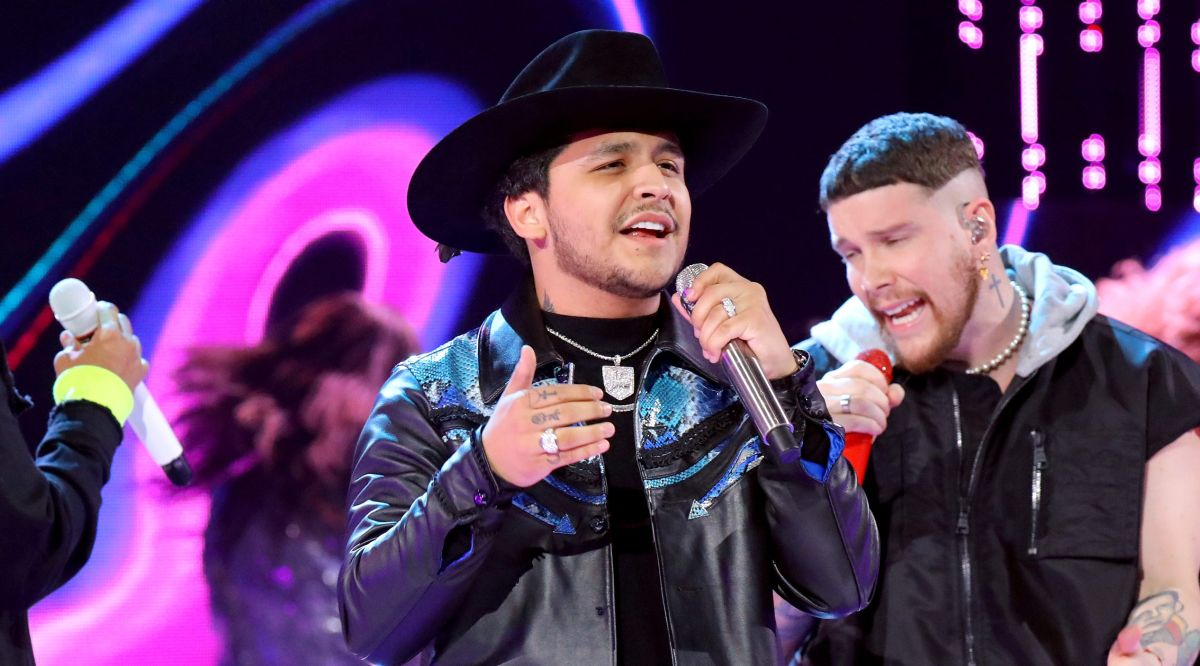 When it seemed that everything was beginning to flourish for the Mexican singer Christian Nodal, He did not manage to leave the controversies aside and again he was in the eye of the hurricane after two singers of Colombian origin exhibited him for having an alleged bad attitude with them, being arrogant and not letting them sing during the successful tour “Outlaw Tour 2022”.

Both Ryan Castro and Blessd, interpreters of the urban genre, who made public their discomfort with the native of Caborca, Sonora through a presentation and social networks. They claimed that he did not want to allow them to put on his show because he allegedly told them that he was the main artist.

Without directly saying the name of Christian Nodal, the reggaeton player told them that “an artist who came to sing here is from Mexico” who criticized them and spoke ill of them, your city and even the country. As expected, this ignited the spirits among those present.

So far Christian Nodal has not responded to anything about the accusations for which he has been singled out. He has not written anything about it on his social networks. However, it seems that this will have to be done soon since many people were very angry with him to the point of asking him not to return to Colombia.

The interpreter of “Goodbye love” began to have a series of controversies since he separated from his ex-fiancée, the singer Belindain mid-February of this year. Since then, more tattoos have arrived, parties in excess, he was seen with mysterious women, he quarreled with the reggaeton player J Balvin and even cried at a concert where he stated that there are many problems that he carries for someone his age; he is 23 years old.