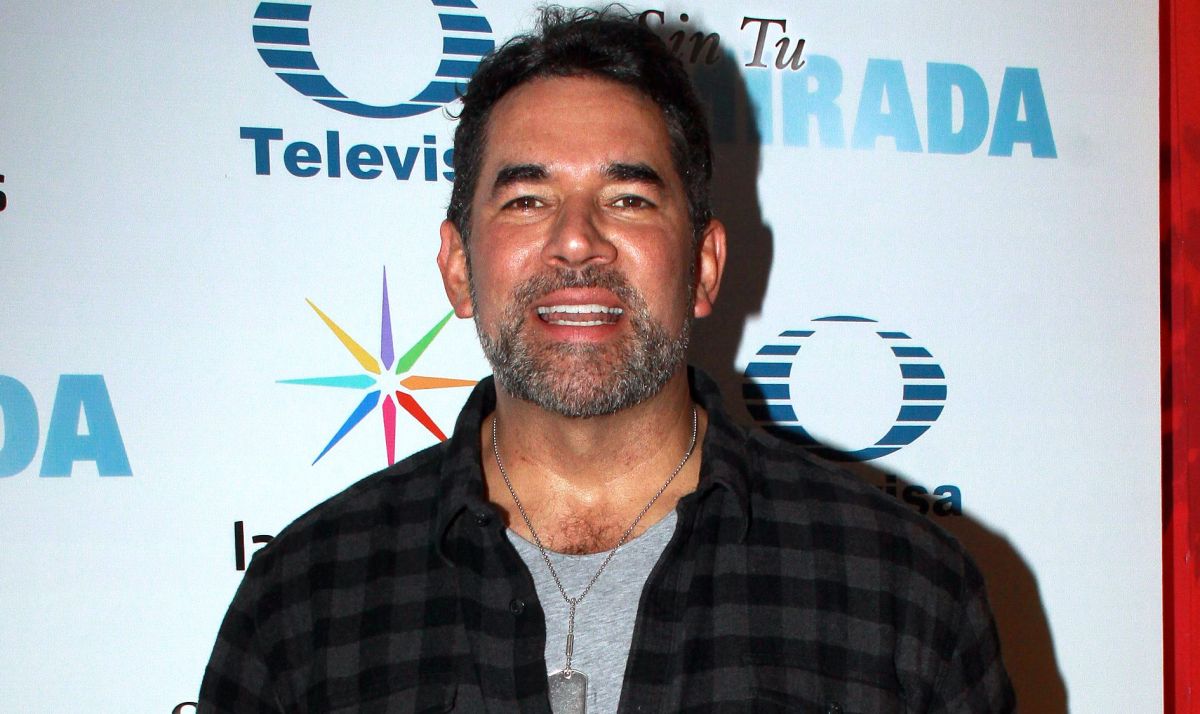 Many talk about the glamor that can encompass the world of entertainment, as well as fame, but there are some who have fallen into the dark side of this field. Such was the case of the actor Edward Santamarina.

His career began on Televisa, where he was part of major productions such as ‘Rubí’, ‘Velo de novia’ and ‘Antes muerte que Lichita’, even becoming the main character of a novel that focused on the man he gave life to: ‘I love Juan Querendón’.

And despite the fact that he has not consumed a drop of alcohol for nearly 21 years, Eduardo Santamarina confessed in an interview with Yordi Rosado that the drink made him hit rock bottom, to the point of losing interest in his work, even going so far as to appear drunk at your calls.

“When I started working as an actor on Televisa, alcoholism began to affect my calls because I was already raw, you become so cynical that you arrive live. It was terrible because you also brush your teeth, take a bath, loads of perfume, chewing gum, but you smell of alcohol, and you smell from here to there”

Like his father, Eduardo Santamarina faced alcoholism problems since he was very young, since he was 15 years old when he presented this dependency. Even people he met in the middle offered to help him and recommended that he go to hospital to be able to leave the vice, however, the actor felt invincible and motivated by his youth, many times he gave up taking action in this regard.

In fact, there was an occasion in which a producer asked him to go to rest because he was very drunk during the recordings and he was not understood when he spoke, although it is not revealed in which telenovela.

“In a novel in a call I arrived fart, and according to me it was not noticeable, but I could not speak and they sent the court, they asked me if I could and I said that of course, we returned and again, court, until the producer arrived Lucero Suárez, a psychologist by profession, and I thought ‘she’s going to give me shit’, but she told me go home and we’ll talk tomorrow”

Over time, excesses increased and his zest for life faded. Until there came a point where she began to imagine that she died in an accidentwhile his mother went for him and found out about the conditions in which her son had been injured.

In fact, it was until he, his brothers and his mother decided to admit his father to a rehabilitation center in Mexico City, that the actor managed to glimpse how bad he was, without imagining that, in a matter of days, he too internship After a time in the clinic, both he and his father relapsed, but he managed to recover and regain his will to live and fight to be better.

See also  Christian Nodal would prepare a wedding with Cazzu; he already chose place and priest