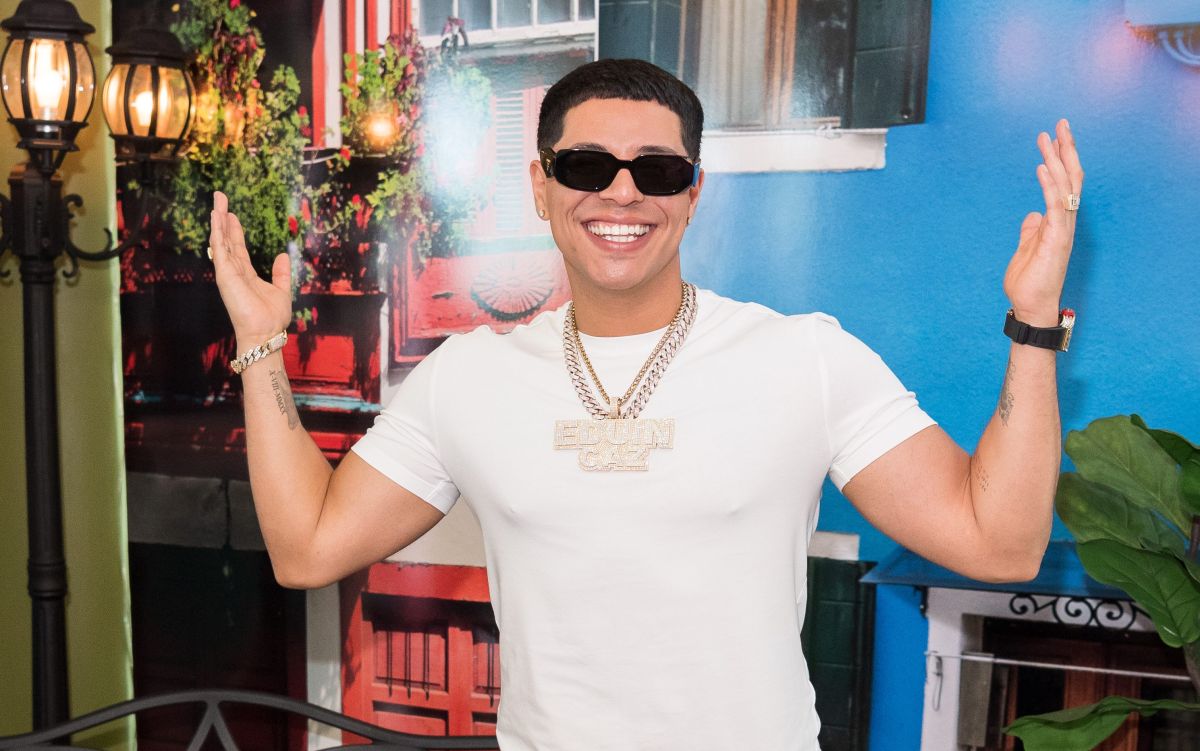 One of the most fashionable artists is undoubtedly Eduin Caz, vocalist and leader of Firm Groupwho has now turned his career around after being invited by Beatriz Gutiérrez Müller, Honorary Counselor of Historical and Cultural Memory of Mexico, to be part of “Fandangos por la Lectura”.

“Fandangos for reading” corresponds to cultural festivals that take place in various places in the republic, with the aim of doing public readings, workshops and also giving viewers a musical experience, just as the member of the regional band did.

The musician, in addition to talking about his personal experience of success, also took the opportunity to delight with songs from Grupo Firme, among them “Ya Supérame”, one of the pieces with the most recognition and reproductions on digital platforms.

“Young people are the future of Mexico, Isael has had a hard time managing this server, I was just as hyperactive as you and right now I struggle a lot to be calm, I came here to tell you that you are the future and you are going to move the world”says Eduin with microphone in hand before hundreds of students.

To end the talk he offered, he asks them to fight for their dreams and that no one stop their desire to get ahead, according to a video that Beatriz Gutiérrez Müller uploaded to her official accounts and in which she tagged the singer.

In the personal social networks of the grouper, he also uploaded several images and videos of his experience and reveals that the poem he read was “Enough of sadness” by Vinicius de Moraes and Tom Jobim and wrote that he was very grateful for the opportunity.

“It is an honor for me to be able to bring a message to the youth of our country. Thanks to the First Lady Beatriz Gutiérrez Müller for the invitation. Remember that I am not perfect, but I always strive to be a better person and to be able to give you positive motivation in your life”

After talking for a while, Eduin Caz took the opportunity to sing the song “Ya supérame” and managed to get more than one to sing the popular song with which he has achieved success in the United States and other Spanish-speaking countries.

See also  Eduin Caz remembers when he sold clothes at the tianguis before achieving fame with Grupo Firme: "I had to eat"