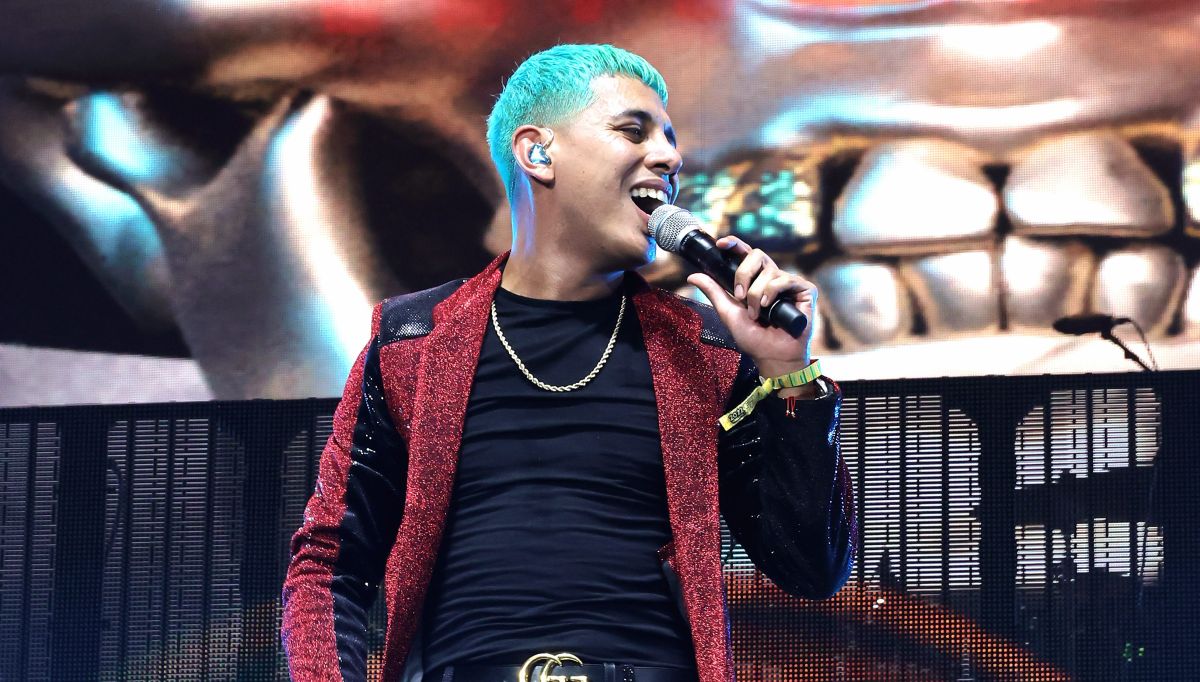 Firm Group always becomes a trend either by the group itself or by one of its members, and this time it was the vocalist’s turn Johnny Cazwho shared the details of her upcoming wedding with her boyfriend on the YouTube show Pinky Promise.

During his participation in said broadcast, Jhonny shared how his love story was with his current partner Jonathan Bencomo, with whom he got engaged last yearIn addition, the third voice of Grupo Firme revealed the date and place where their wedding will take place.

According to Jhony Caz himself, he never thought to be married, however, when he fell in love with Jonathan on some occasion he let him know that he would very much like to be asked to marry him on stage, but he immediately told her that was not going to happen.

Although according to Bencomo he would never ask her to marry him on stage, New York was the perfect setting for this to happen, so during a concert offered by Grupo Firme, Jonathan went on stage where he knelt before Jhonny and asked him to be his husband.

As expected, Jhonny Caz began to cry and immediately told him that he did want to marry him, so from that moment they are engaged.

The question was forced and Karla Díaz questioned Jhonny about the wedding dateso the third voice of Grupo Firme revealed that due to the workload they have had on the tour of the most successful regional Mexican group of the moment, they have not been able to say yes.

Despite the above, Jhonny and his fiancé will unite their lives in marriage and although they have not set a fixed date, the singer revealed that their wedding will be in the middle or end of next 2023.

During his talk with Karla Díaz and Carolina Ross, Jhonny Caz revealed that his wedding will be big and will take place in his native Sinaloa, since It should be remembered that both he and Eduin Caz were born in this State of the Mexican Republic, but lived for many years in Tijuanawhere Grupo Firme was created.

So in the middle or end of next 2024 in Sinaloa, Jhonny Caz and Jonathan Bencomo will unite their lives in marriage, in addition, the member of Grupo Firme assured that they will feed barbecue.