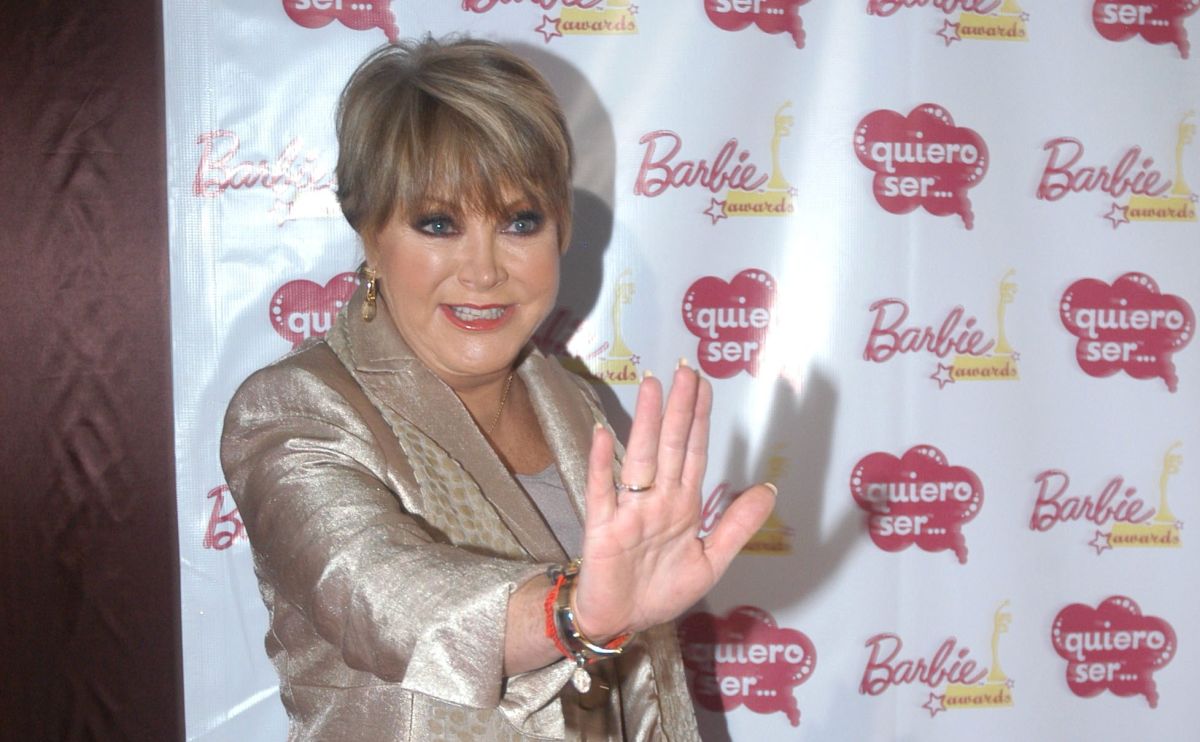 One of the most legendary and beloved hosts of Hispanic television is the Mexican, Lolita Ayala. After her retirement in 2015 from her historic space on Noticieros Televisa, the presenter has generated uncertainty about how she is physically, as there are many rumors about it.

Given this, the head of Formula Group Shows, Maxine Woodside surprised her audience after announcing an unprecedented meeting with Lolita Ayala. According to Woodside He had not seen Ayala for a long time, and revealed that he is still in poor health because he continues to use a cane to walk, this after having suffered an accident last year.

According to what “The Queen of Radio” shared with her audience, He recently met Lolita Ayala in the photographic studio of Luis Miguel’s ex-partner, Mariana Yazbekand was able to see how the health of the famous television host is evolving.

Lolita Ayala suffered a fall at home and an accident in a helicopter, which caused fractures in the hip, femur and leg. This has left sequels to her health, which is why she was for years a well-known figure on Televisa newscasts and is now undergoing a slow recovery.

It was on her popular radio show “Only for Women”, where Maxine Woodside gave details of how Lolita Ayala is in health, after having found her in Mariana Yazbek’s photography studio, where the driver went to perform a Photoshoot.

Woodside also announced that Lolita Ayala will be part of an exhibition organized by Pamela Cerdeira. The announcer stressed that, although Lolita looked very pretty, she continued to struggle with the problems that had afflicted her since she suffered these accidents. Since she keeps using oxygen.

“I haven’t seen her in a long time… a kiss to Lolita Ayala, I did see her as beautiful as always, but she was sick,” she declared during the broadcast of her radio program “Todo Para La Mujer”, where she highlighted how “beautiful” she was. saw. “Very well-groomed, gorgeous and with one of those very expensive bags from Paris, gorgeous, but well, sick because of her hips.”

It must be remembered that, after her fall, Lolita Ayala at the time referred to the subject and revealed that she had to stay in a hospital for a week to recover: “I was in the hospital for a week, with my leg broken into several pieces and I am recovering. I have to use crutches, a walker and walk as much as I can.”