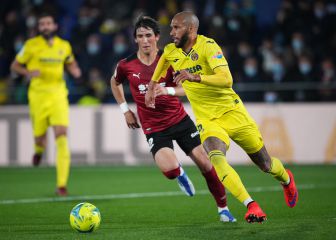 Villarreal and Valencia came to this derby with a lot at stake in the coming dates. Despite how widespread the “game by game” mantra is, as Simeone would say, the groguets were aware that, in eight days, they will be playing at Anfield. The ches, for their part, were not oblivious to the fact that this weekend the possibility of winning the Copa del Rey will be played at La Cartuja.

With that breeding ground, who managed better was the cast of Unai Emery. Those of Bordalás, with an eleven that is too alternative (three homegrown players and with the participation of a fourth in the second half), they ended up capitulating in their struggle to reach Europe via the League. The Cup will be his last bullet. Different landscape for Submarinewhat it puts pressure on a Real Sociedad that is already only three points away.

The protagonist, without a doubt, Arnaut Danjuma. The Dutchman scored two, one from a penalty and the other against, brushed the third and was about to assist Yeremy Pino. The derby of the Valencian Community, in this case, stays in the province of Castellón.