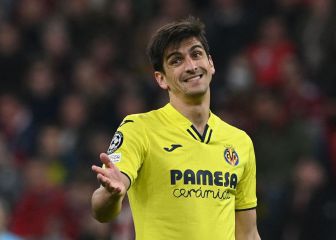 The best analysis of the eleven is brought to us by our colleague Conrado Valle: “Emery shakes his lead in search of the comeback. Villarreal completely changes their offensive duo compared to the one that acted a week ago at Anfield Road. Gerard Moreno and Dia are chosen by Emery at the point of attack. The other nine footballers, the same ones who acted in the first leg against Liverpool. The presence of Gerard, although he is not one hundred percent, is an encouragement for the fans yellow, which are arriving at La Cerámica convinced that Yes you can“. The eleven of Villarreal: Rulli, Foyth, Albiol, Pau, Estupiñán, Capoue, Parejo, Coquelin, Lo Celso, Dia and Gerard.