An original form of donut, a gigantic photovoltaic installation on the roof, a design by Foster + Partners, 260,000 square meters and an estimated cost of five billion dollars: this is the pedigree of the Apple headquarters completed in 2017. With twelve a thousand employees on site, the building remains very mysterious, as in the image of the Apple which keeps its products secret until the last moment …

In recent months, however, the trend has been towards openness: we have been able to see several executives of the firm take the floor to talk about its products and services in specialized media. Even the company’s acclaimed boss, Tim Cook, recently answered questions from Raw in France. This time, however, it’s the magazine Wallpaper who was able to set foot in the Californian complex …

Unsurprisingly, the interior layout of Apple Park impresses with not only its grandeur but also its contrasting minimalism. The first image shared by Wallpaper is that of a bright corridor decorated with large windows revealing the wooded landscape that surrounds the place. A photo taken on the fourth floor. 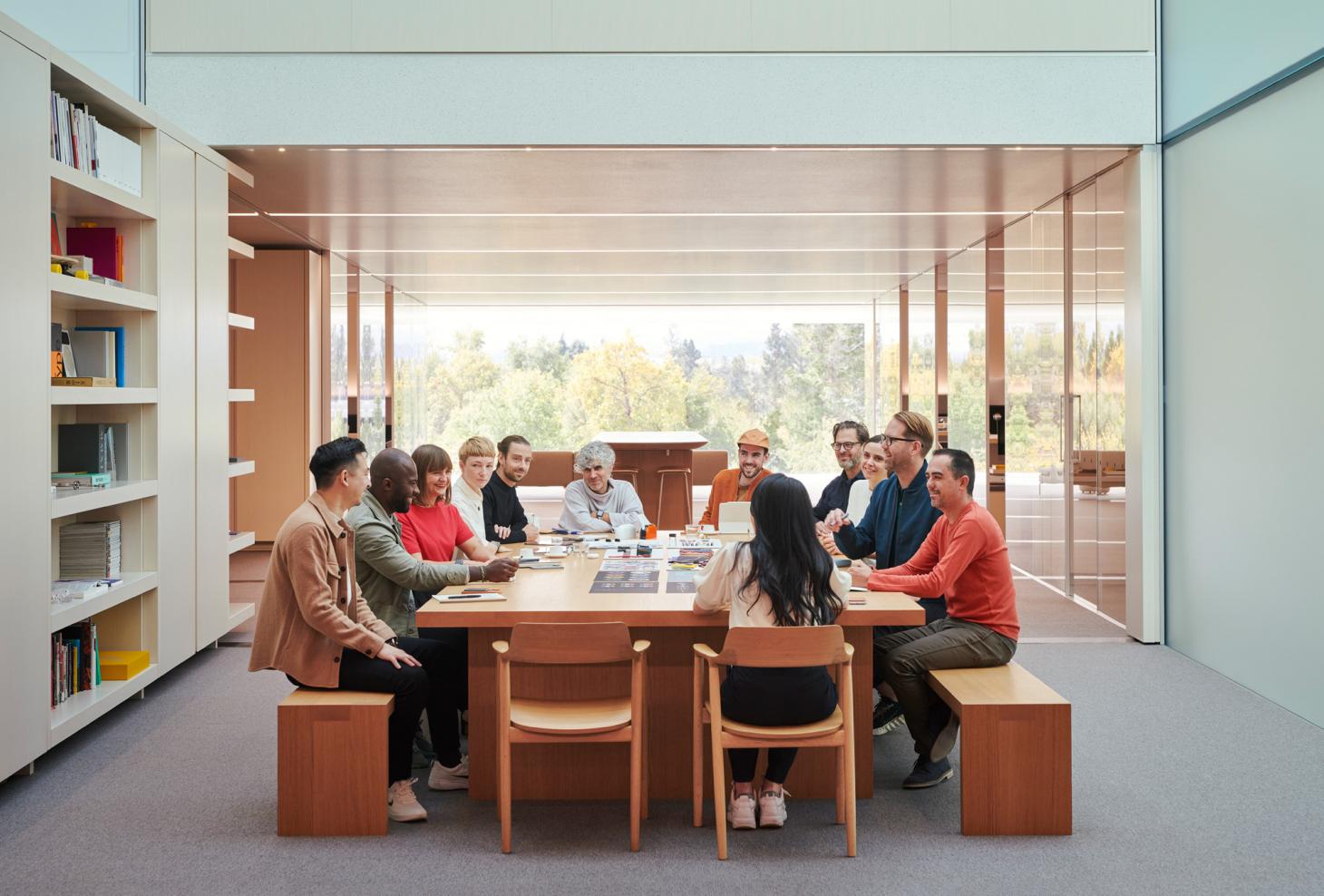 The above photograph, for its part, recalls the care taken by Apple to its stores, the group having also chosen large wooden furniture for its meeting rooms. Always with a particularly satisfactory view to the outside.

It should not be forgotten, Apple Park is above all a place of work, although there are dozens of spaces to relax there. And justly, Wallpaper was also able to “infiltrate” these rooms where the design of future products that will end up in the hands of consumers takes place in the utmost discretion. Starting, of course, with the famous iPhone which gives us here a test version never seen before. And for once, it’s not a piece from Giulio Zompetti’s collection! 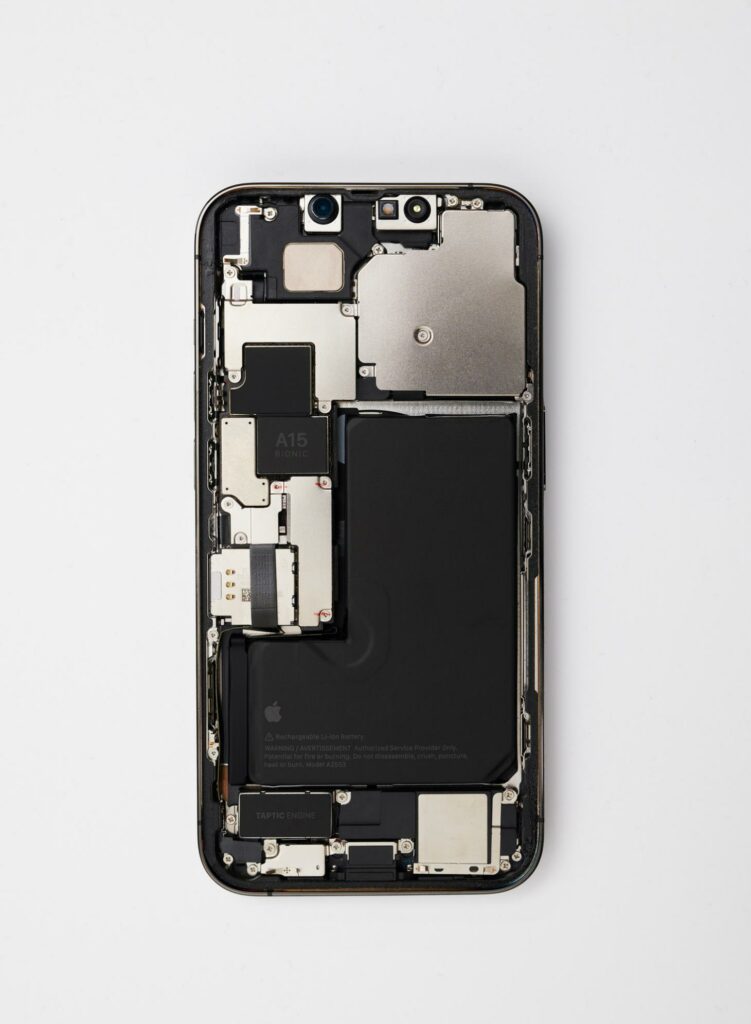 Below, you can also see the process of machining the aluminum chassis of the new MacBook Pro. This one finally saw the light of day last October, with for the first time a notch at the top of its screen. 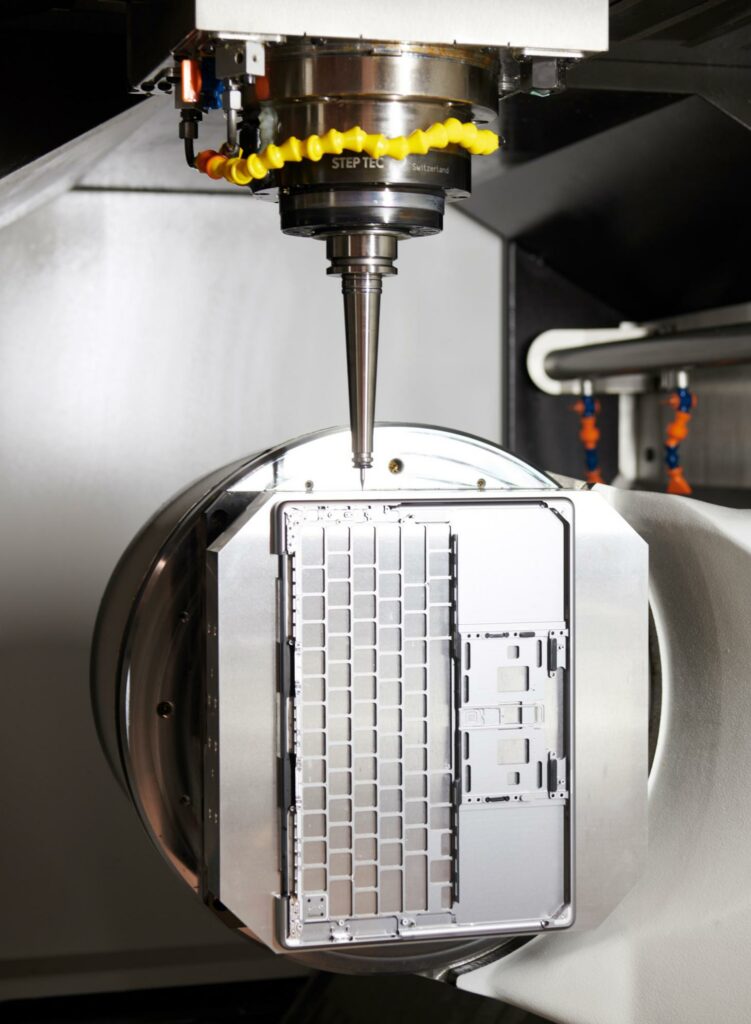