We were waiting for it like May water and, although the brand has already launched its first fully electric model with the e-tron, it was not until today that the house of the four rings has made a real hit on the table by presenting the first model 100 % electric under the Audi Sport brand: the Audi e-tron GT quattro and its most radical version, the RS e-tron GT.

The proportions of its design are accentuated by the gigantic alloy wheels, a spectacular track width and a long wheelbase. In case you wonder, the dimensions are wilder than a A7. The slim, elongated, flat-roofed “Sportback” body is very similar to its first cousin, the Porsche Taycan. 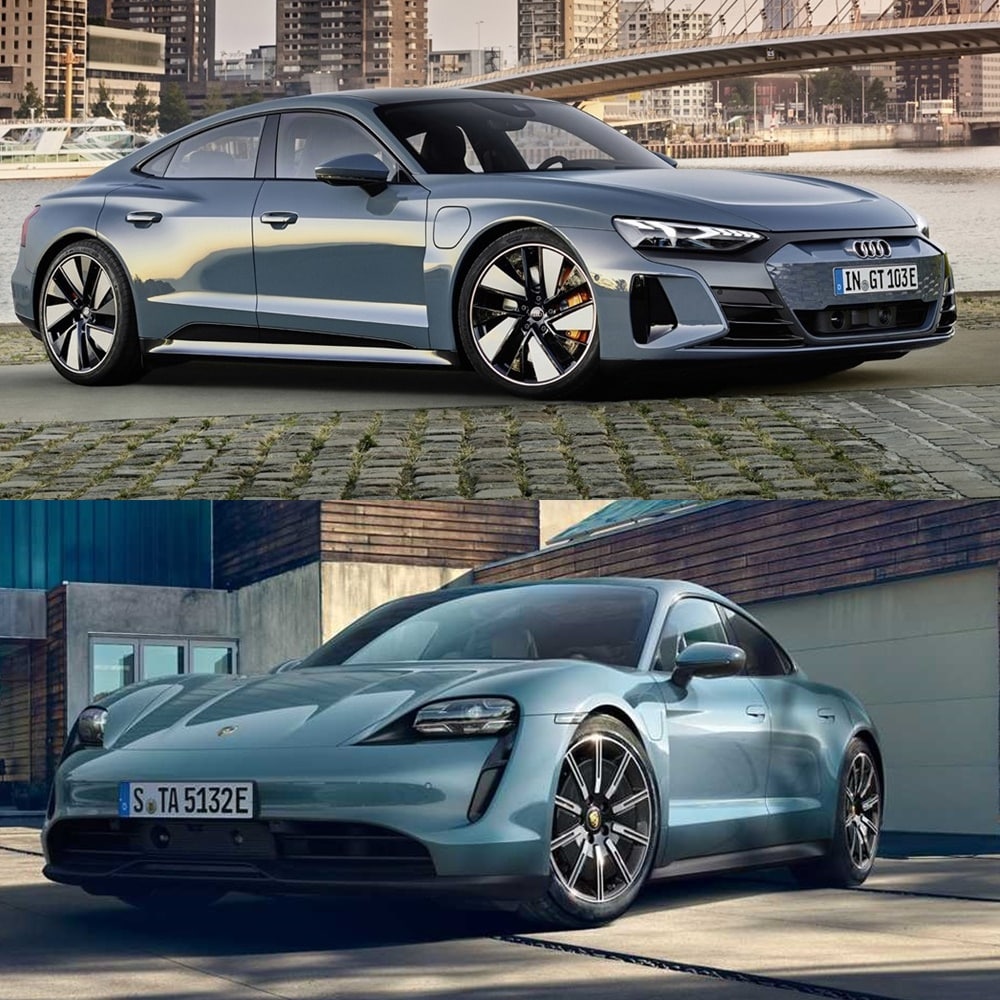 For its part, the Porsche Taycan is the first 100% electric product of the German brand marketed in series. At no less than 4.96 meters in length, this luxury saloon is somewhat smaller than a Panamera. And it is inevitable not to compare both models bearing in mind that their similarities on a technical level are obvious.

The question is: Which of the two designs do you prefer?

If we talk about the Audi sports car, the model offers great dynamic performance in its two versions: the e-tron GT quattro accelerates from 0 to 100 km / h in 4.1 secondswhile the RS hardly needs 3.3 seconds, in both cases in mode boost. Top speed is 245 km / h in the e-tron GT, and 250 km / h (electronically limited) in the RS. 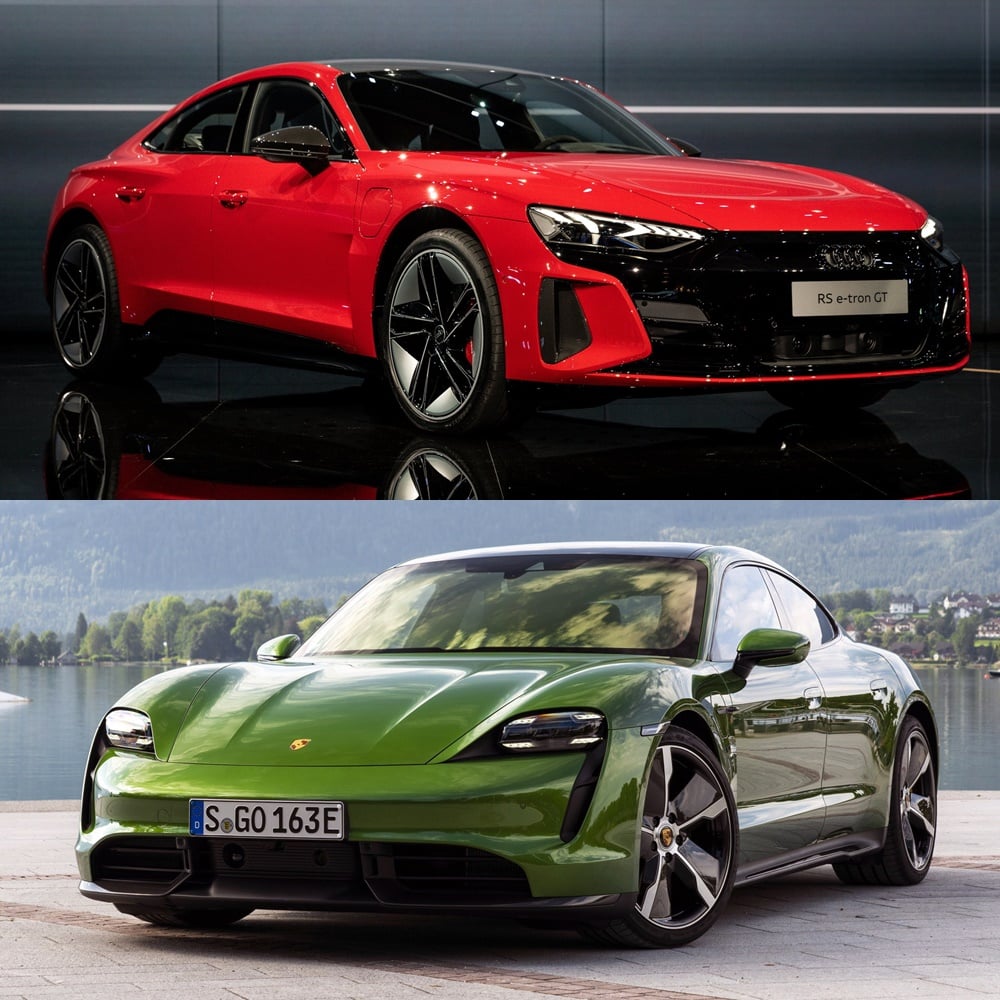 The front electric motor in the e-tron GT quattro yields 175 kW (238 hp), and the rear engine generates 320 kW (435 hp). Both maintain a reserve of available power for extreme driving situations, so the sum of their individual powers considerably exceeds the total system power, which reaches the 350 kW (476 hp). 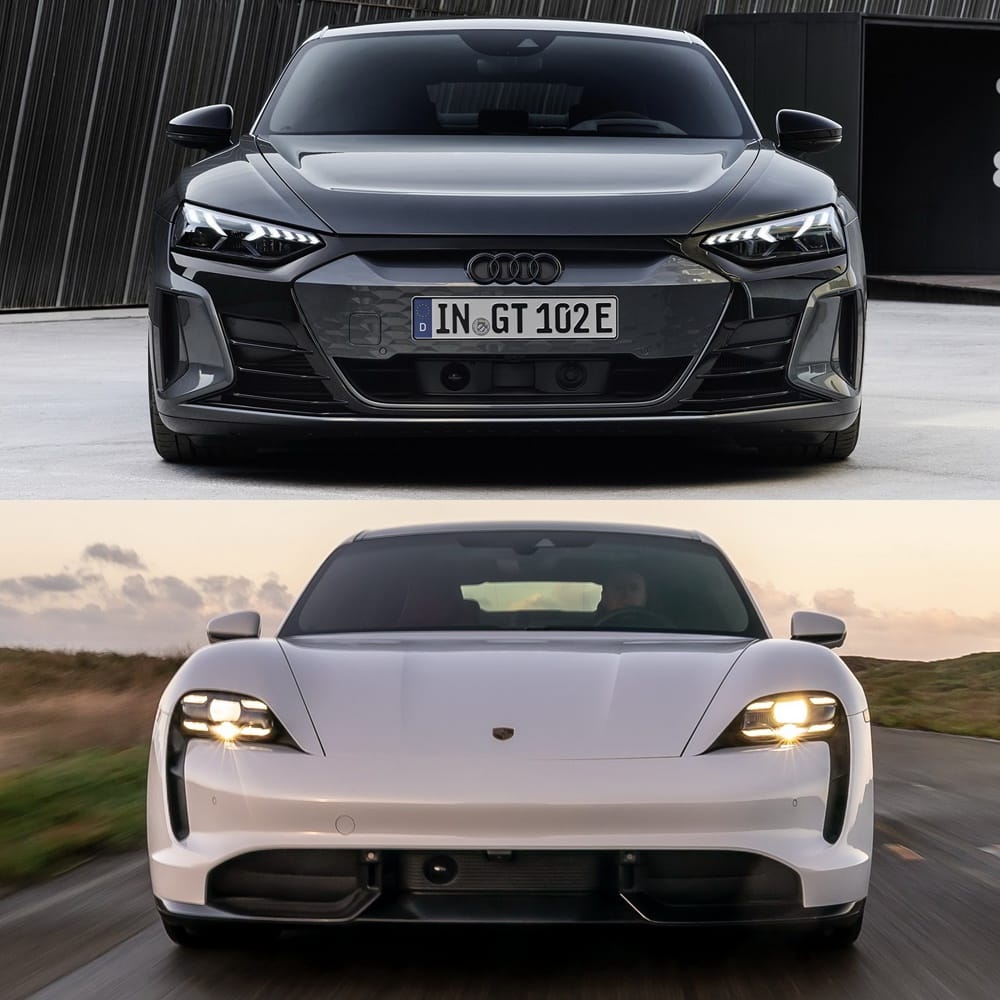 The Taycan Turbo has a power of 625 hp Y 850 Nm of torque, and can reach the 680 hp punctually thanks to Launch Control. The Turbo S raises the torque figure to 1,050 Nm and can achieve 761 hp at specific moments. The rear engine in both is the same, the front being the one that modifies its power (238 and 258 CV respectively). 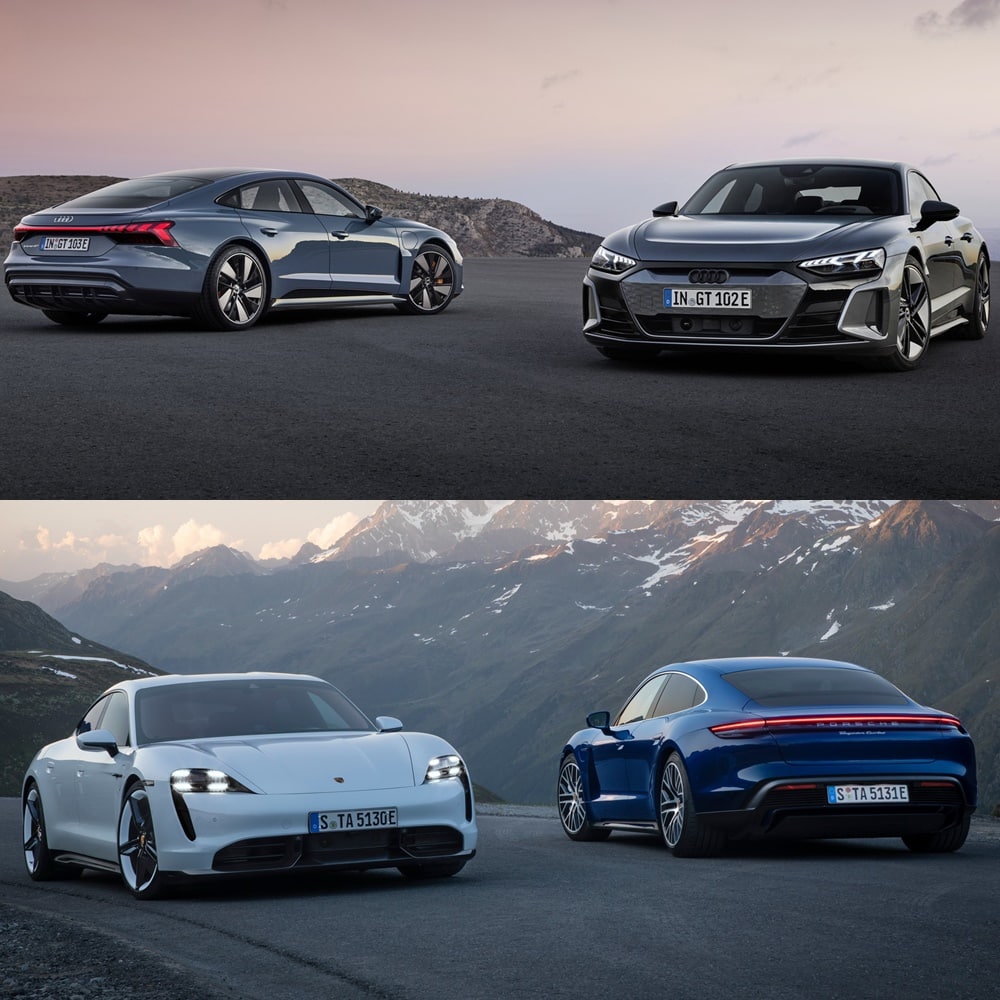 The Taycan accelerates from 0 to 100 km / h in 5.4 secondsregardless of the battery used. Its maximum speed is 230 km / h in both configurations, while the maximum load capacity is up to 225 kW (Performance battery) or up to 270 kW (Performance Plus battery). 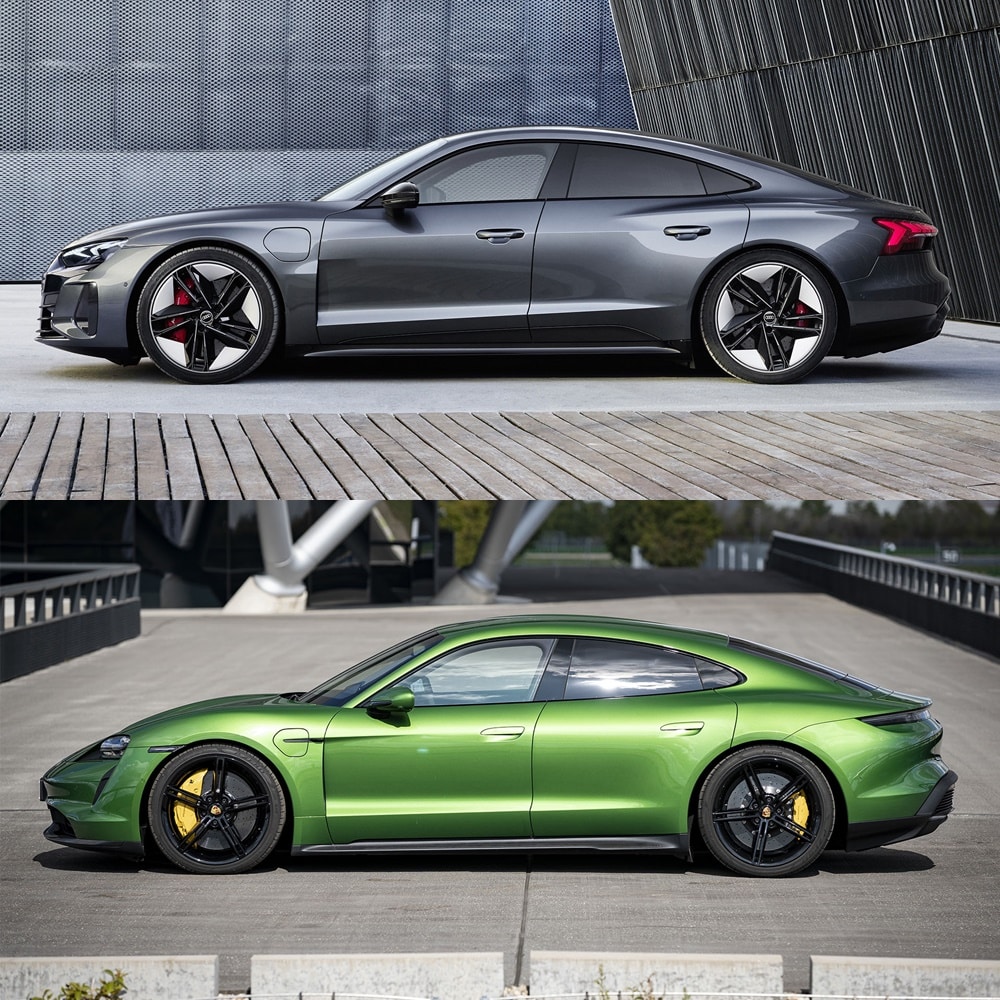 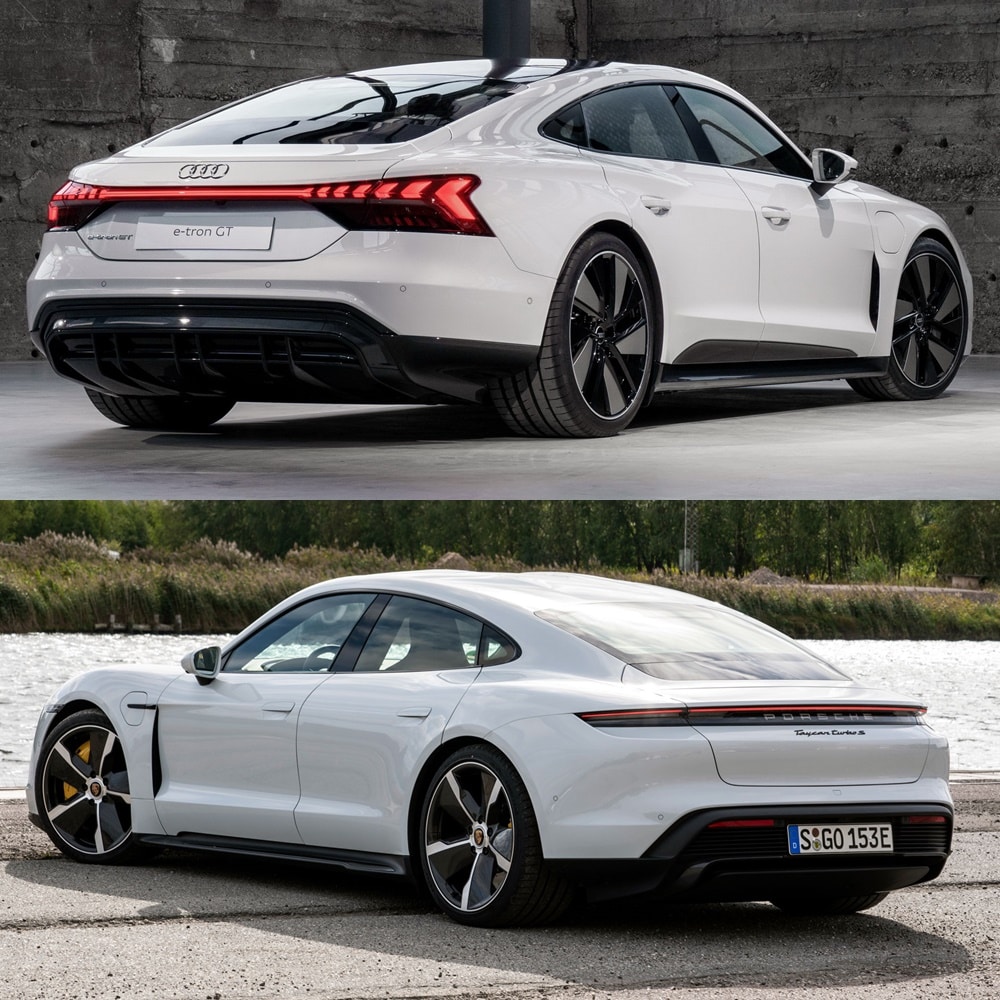 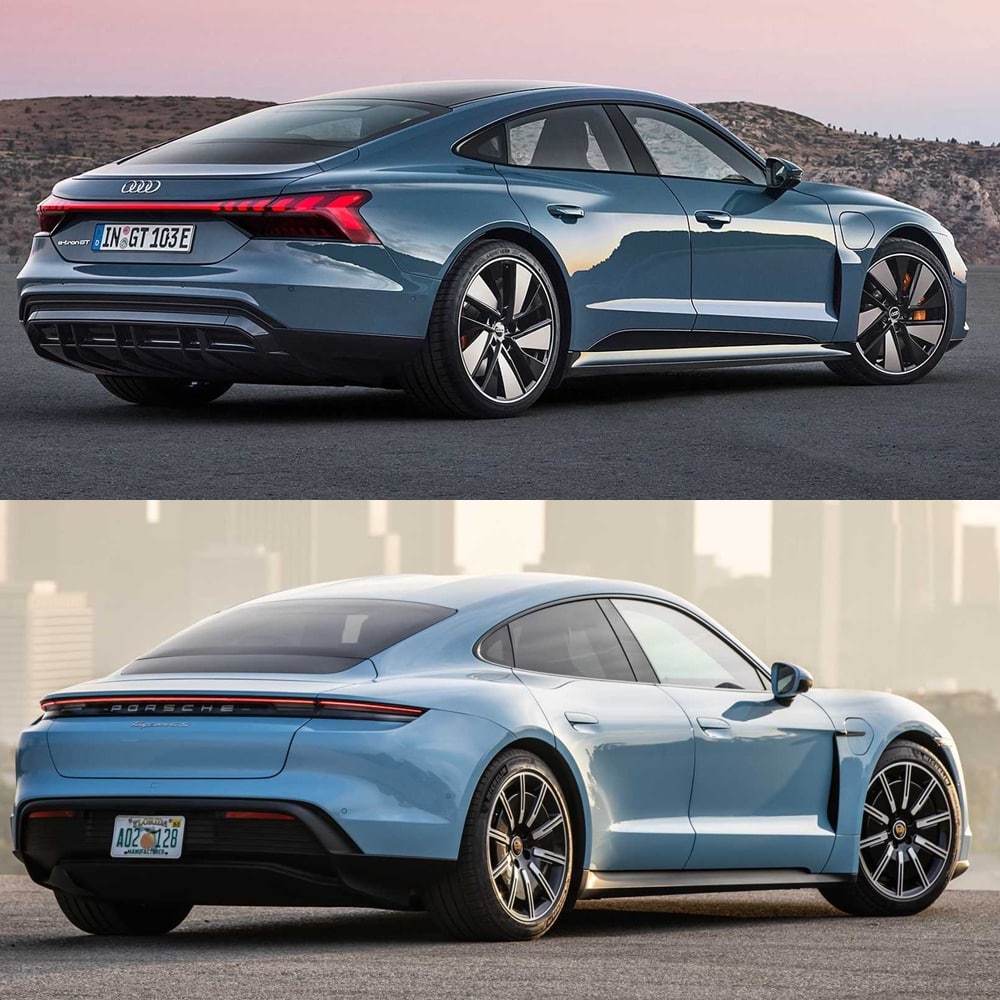 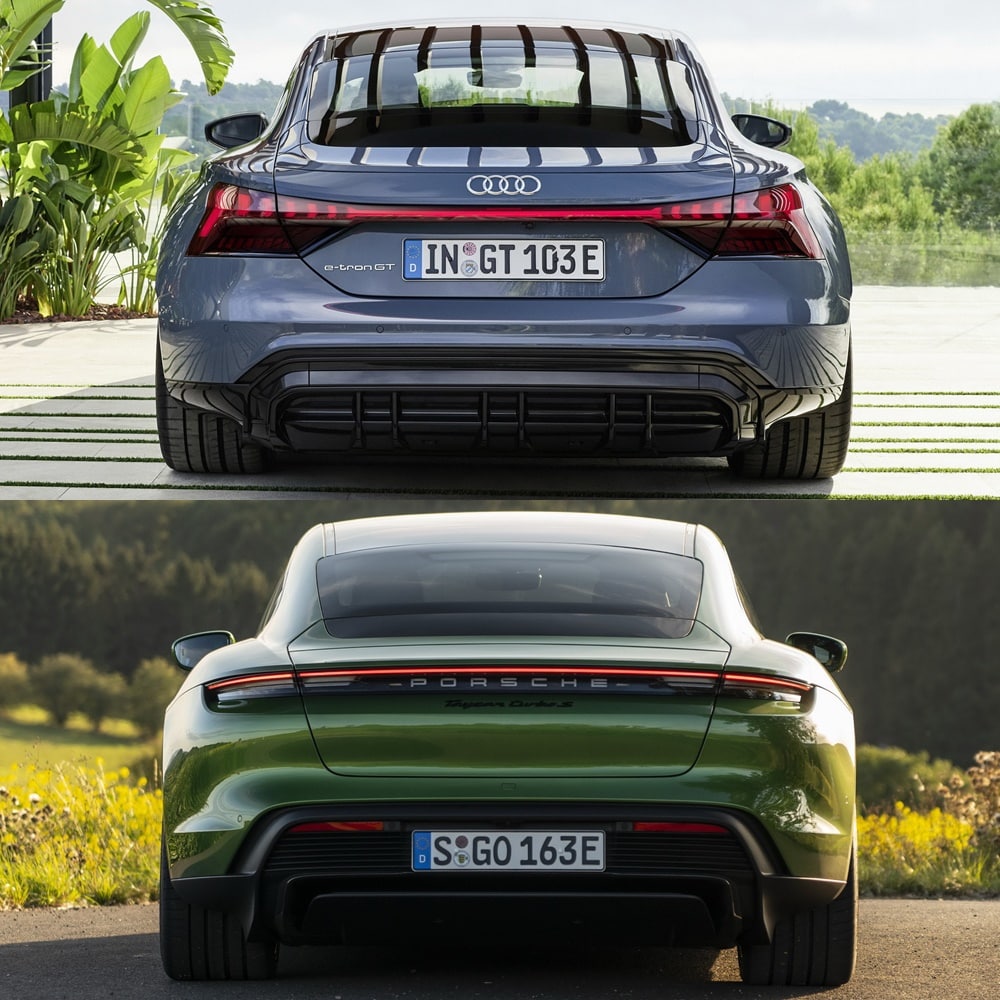 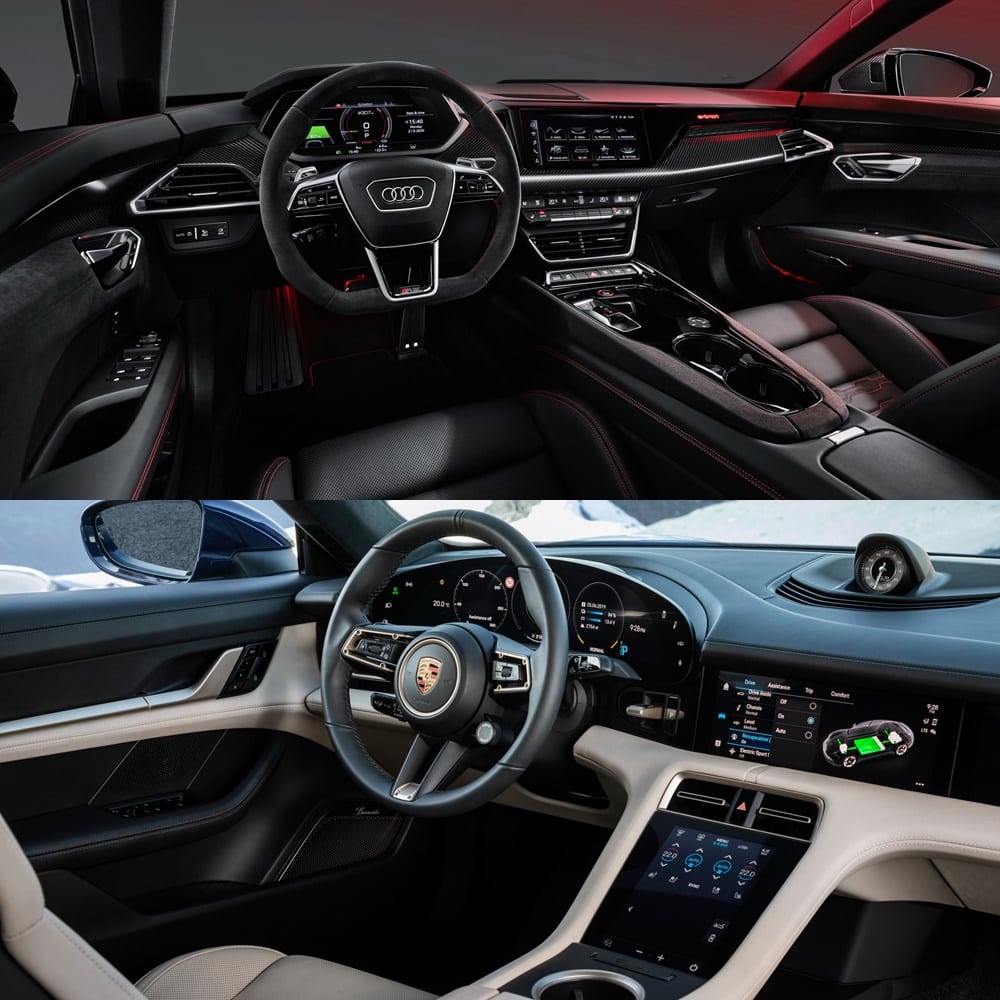 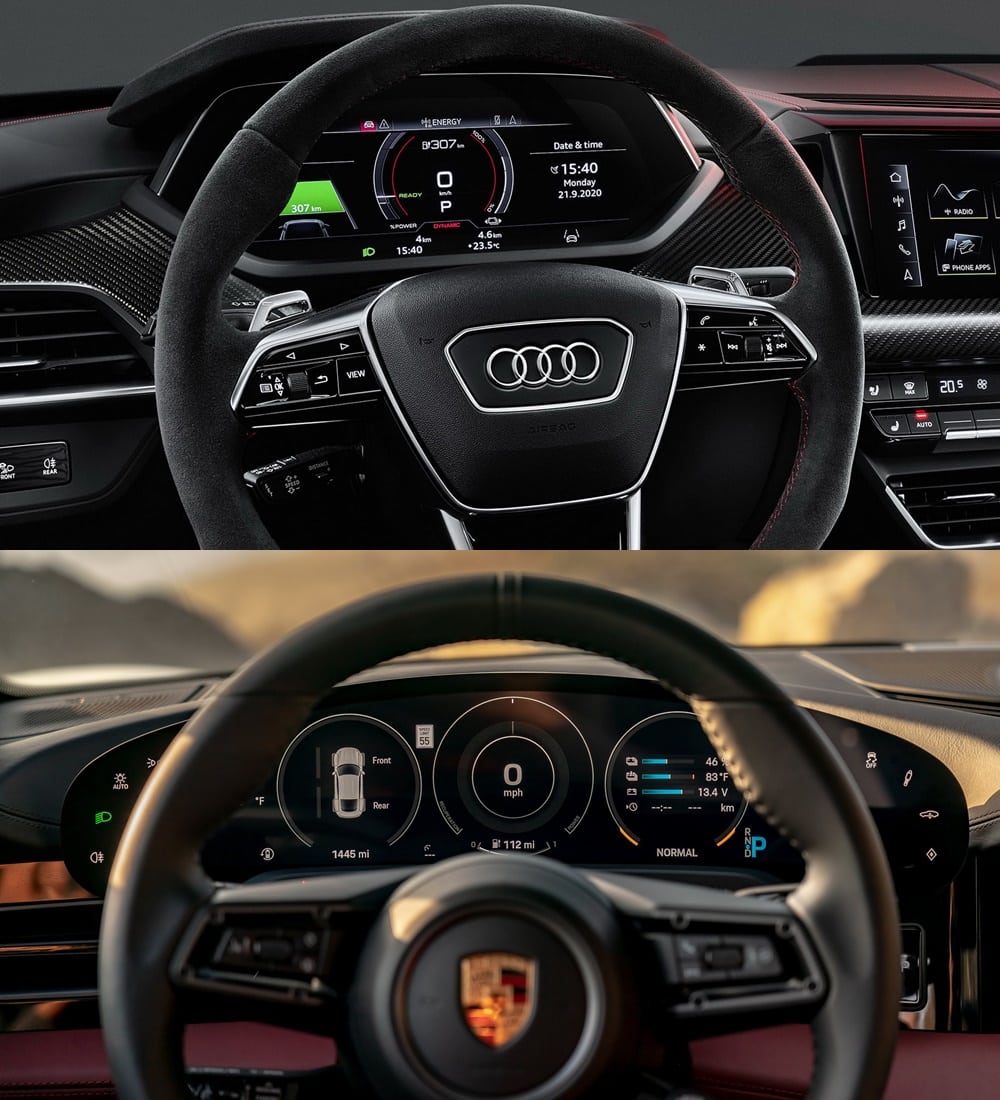