The Toyota Aygo XCross it is, where you see it, a true engineering revolution. Designed and tuned in Europe (not in Japan), the first units will reach our market in may. This week the Japanese company will inform us of all the prices and equipment details for Spain.

The car manufacturer has put all the meat on the grill with its new model of the A-segment. Production will go from 100,000 to 140,000 units, since in some markets such as the United Kingdom it is tremendously popular. Production will start during the month of March and it’s quite a Rare avis in the segment. 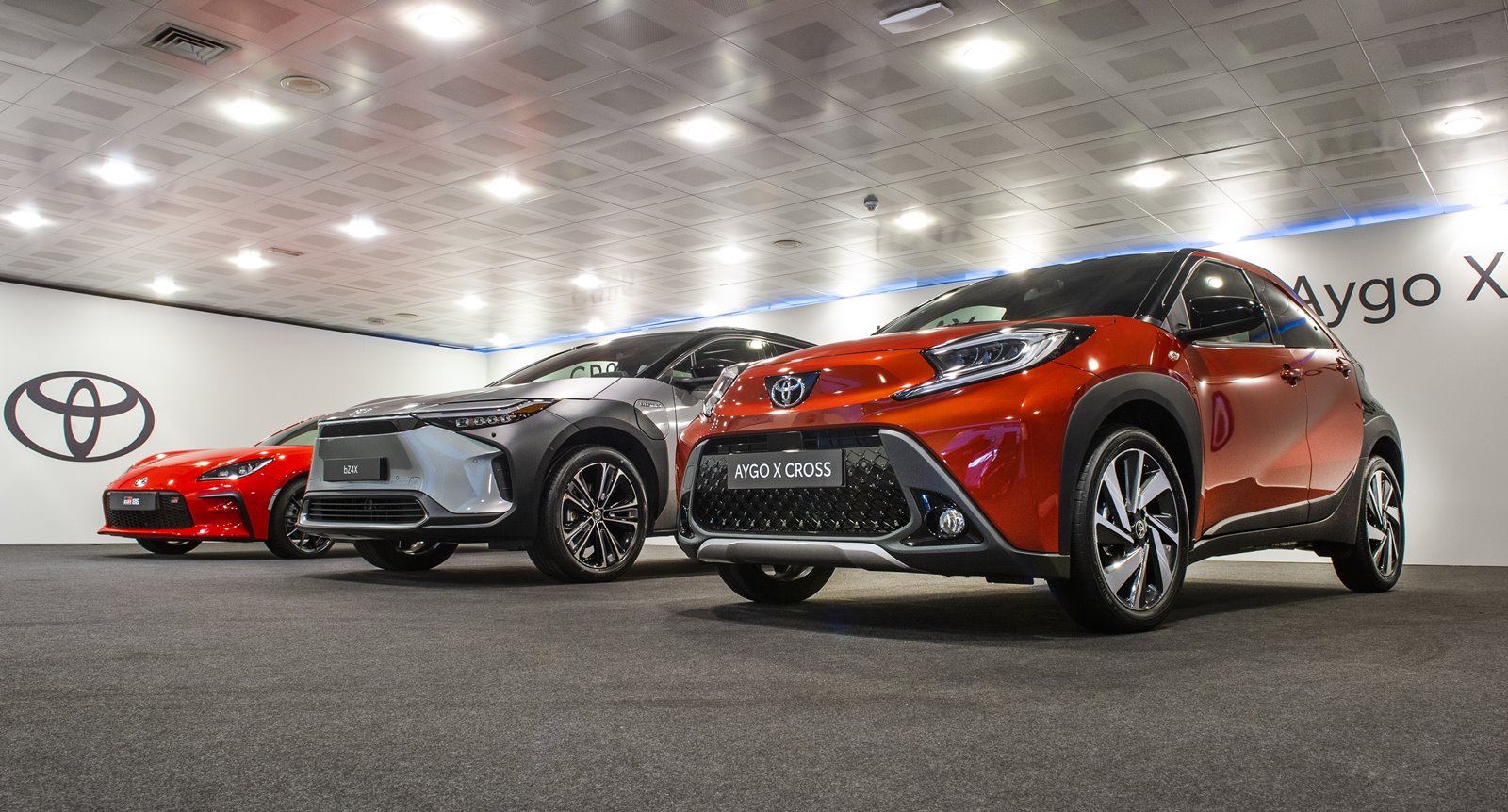 The Toyota Aygo X Cross is presented in a format crossover. It is full of design elements that give it a very sophisticated look. Toyota has emphasized to us that the model is a safe and versatile urbanite based on the new GA-B platform of the new Global TNGA architecture.

It was first introduced with the Yaris and Yaris Cross. As a result, a series of interesting advantages such as weight reduction, better ride quality, greater agility and stability during motorway driving, increased safety… What’s more, in this last aspect it is on a par with the Yaris. 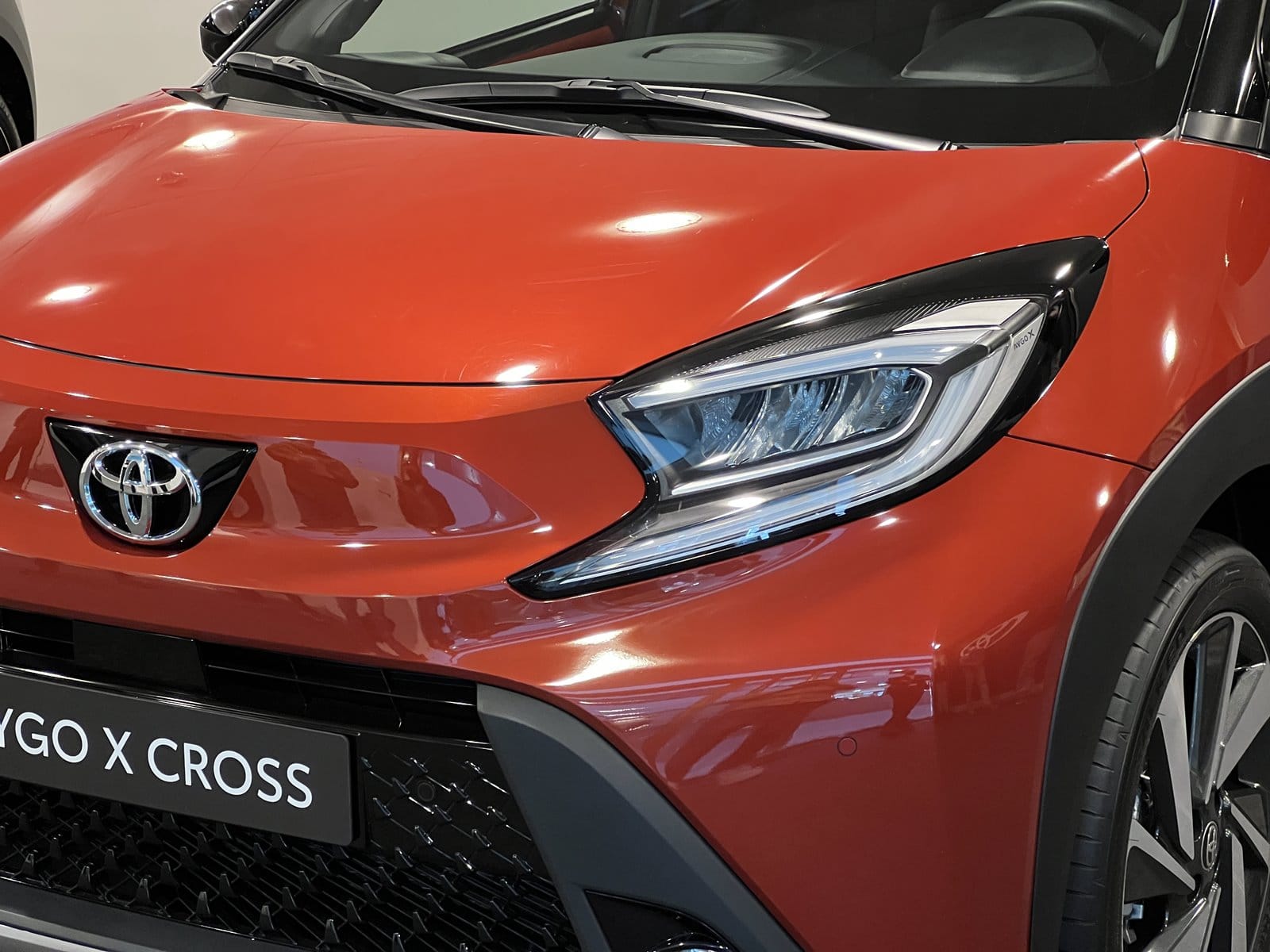 More striking on the outside

Based on the prototype Aygo X Prologue, the brand has given an exotic and adventurous touch in the A segment. A segment in which Toyota has been very present with the Aygo since the model came out in 2005. Most affordable Toyota in the European market It will have a two-tone bodywork that underlines its chic appearance.

During the first six months of sales, customers will have a very exotic limited edition available. It is finished in jungle green with hints of matte tangerine orange. It will be paired with 18-inch matte black alloy wheels. Inside, the matte tangerine color will also be present. 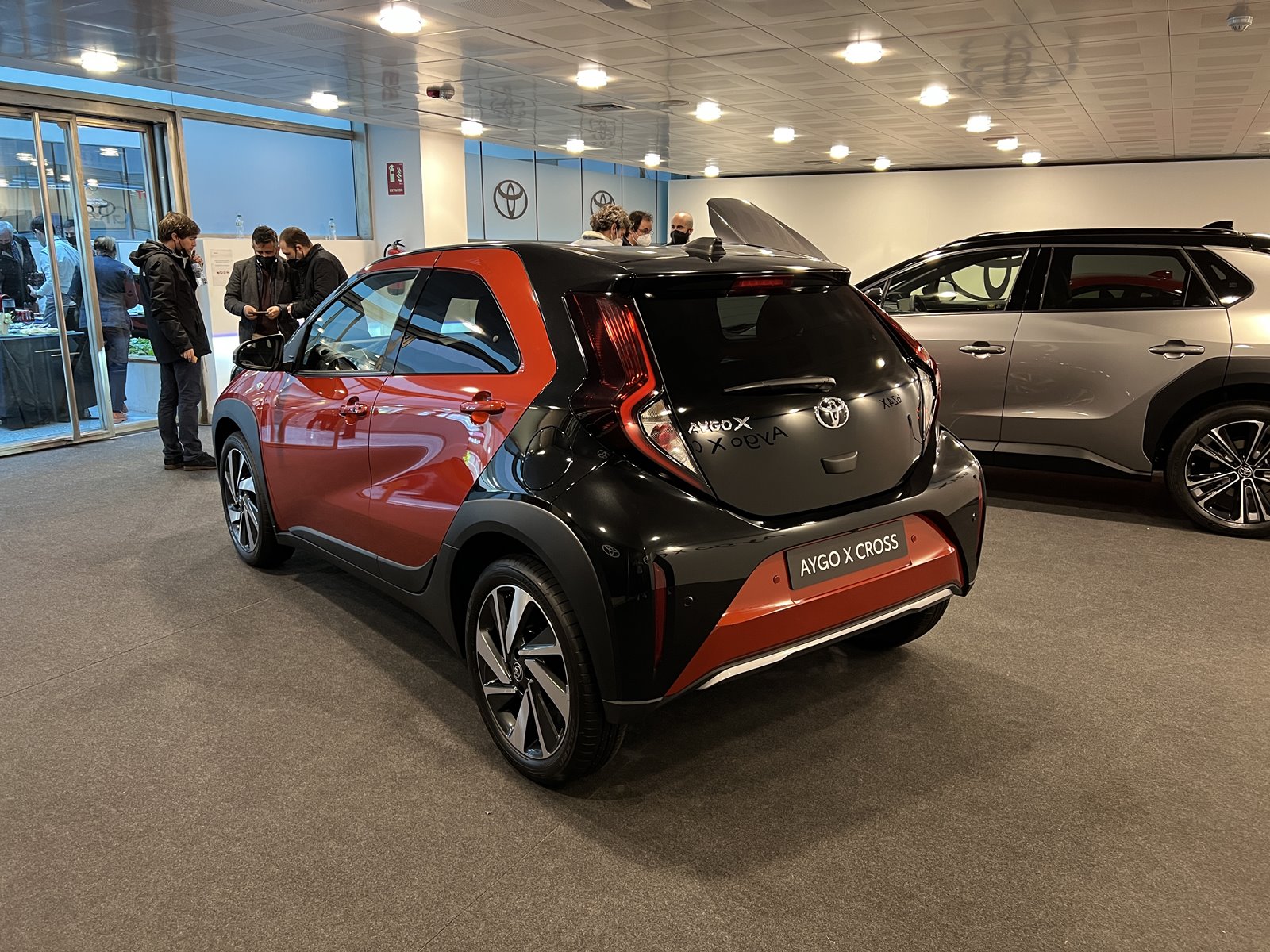 The new Toyota Aygo Cross has a 3,700mm length, 235 mm more than the previous model. The wheelbase has grown by 90mm and the front overhang is 72mm shorter than the Yaris. The broad of the model has increased by 125 mm to the 1,740mm.

These new dimensions allow for 20mm more front seat pitch and 45mm more shoulder room. The trunk will have up to 231 liters, 60 more than the previous generation. The height has been increased by 50 mm to the 1,510m. 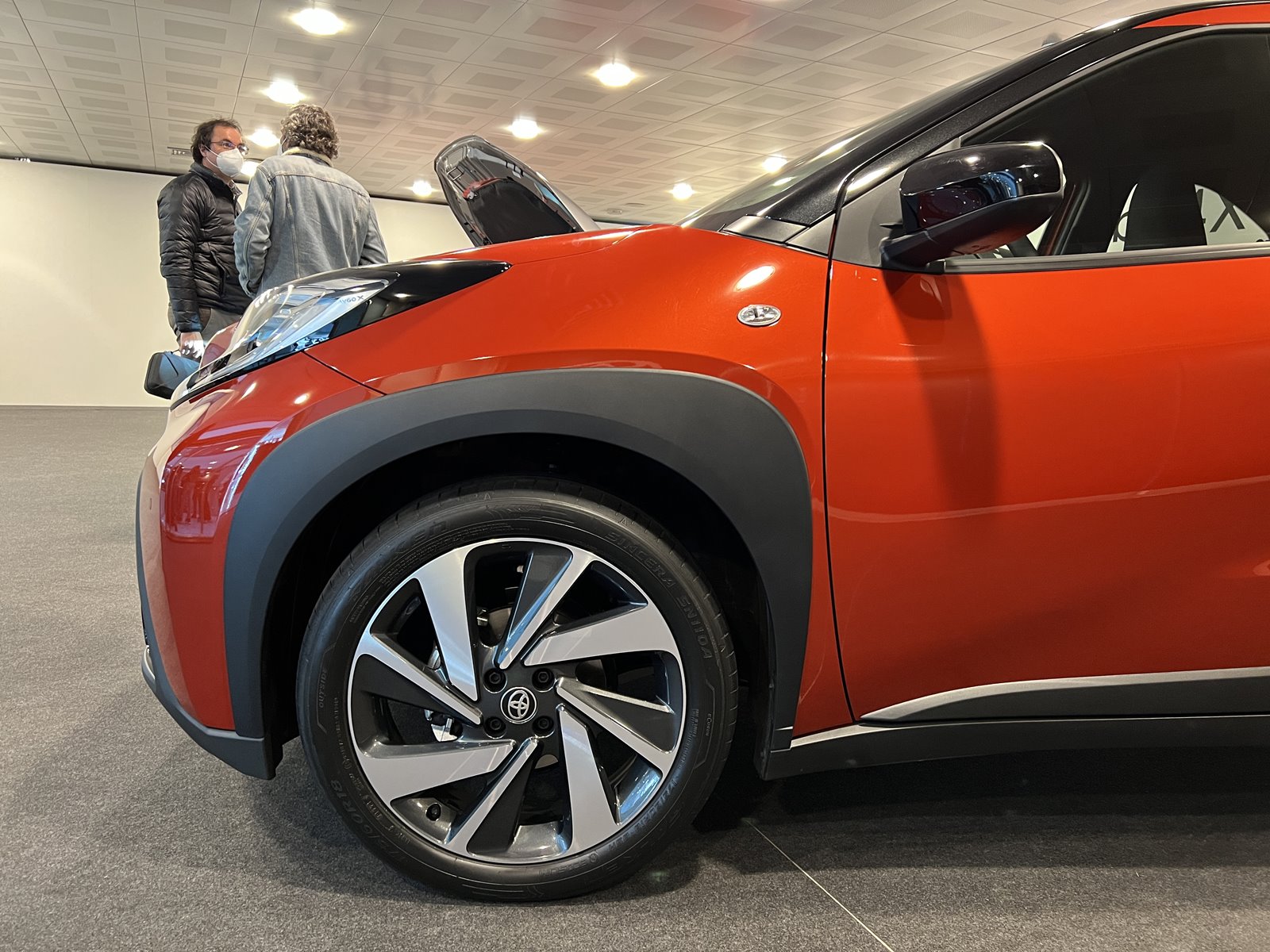 More technology and quality in the Toyota Aygo X Cross

Inside, depending on the finish, customers can have a 9 inch high definition touch screen with ambient lighting and wireless charging. As usual, the new system has Android Auto Y Apple Car Play. 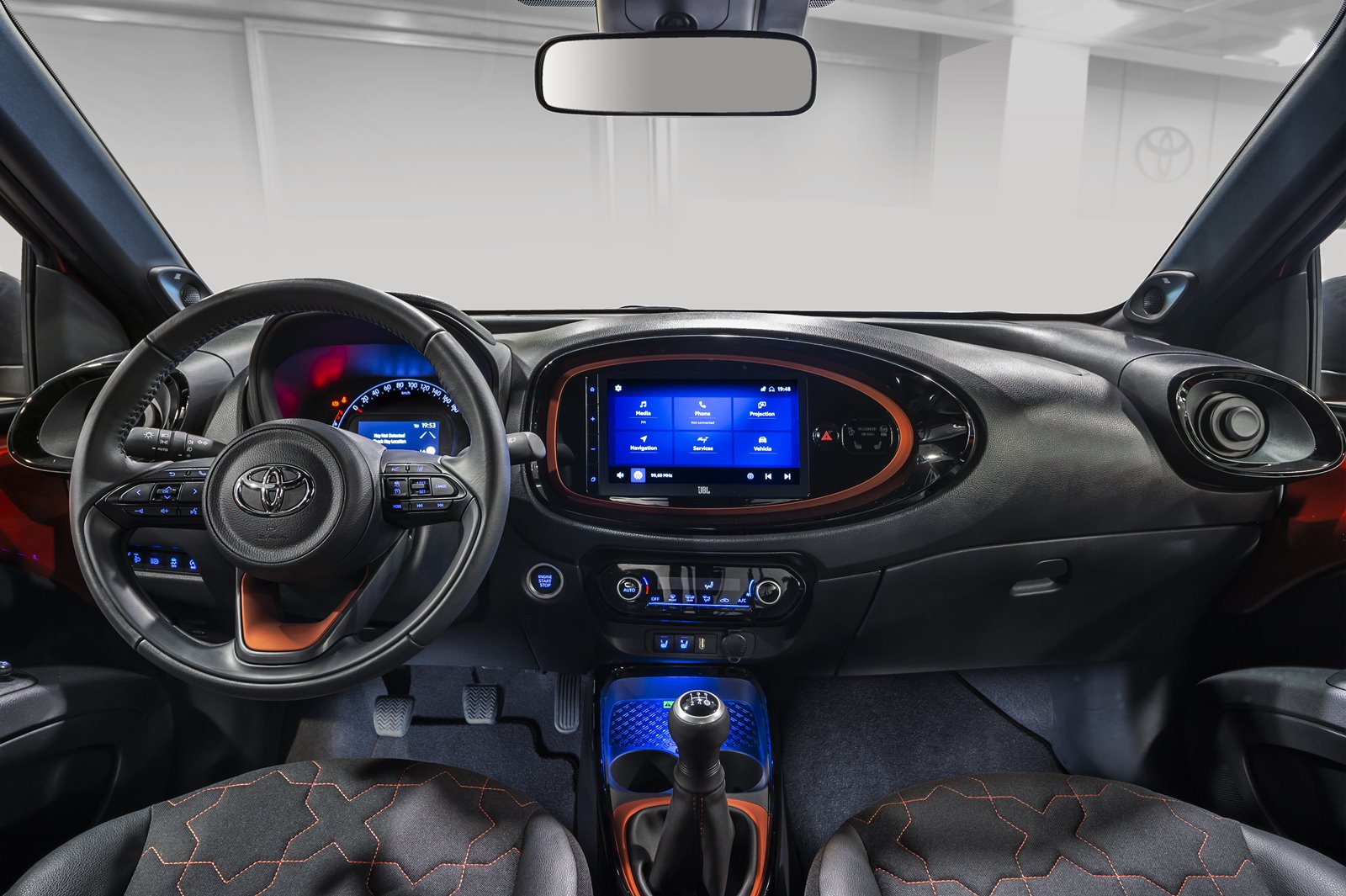 Under the hood of the Toyota Aygo X Cross

What will really make the model a success is the introduction of the 1KR-FE engine from one liter and three cylinders improved. The power will remain 72 hp, with expected consumption of between 4.8 and 5 liters at 100 km. The emissions of the most equipped version will be 114 g/km of COtwo. 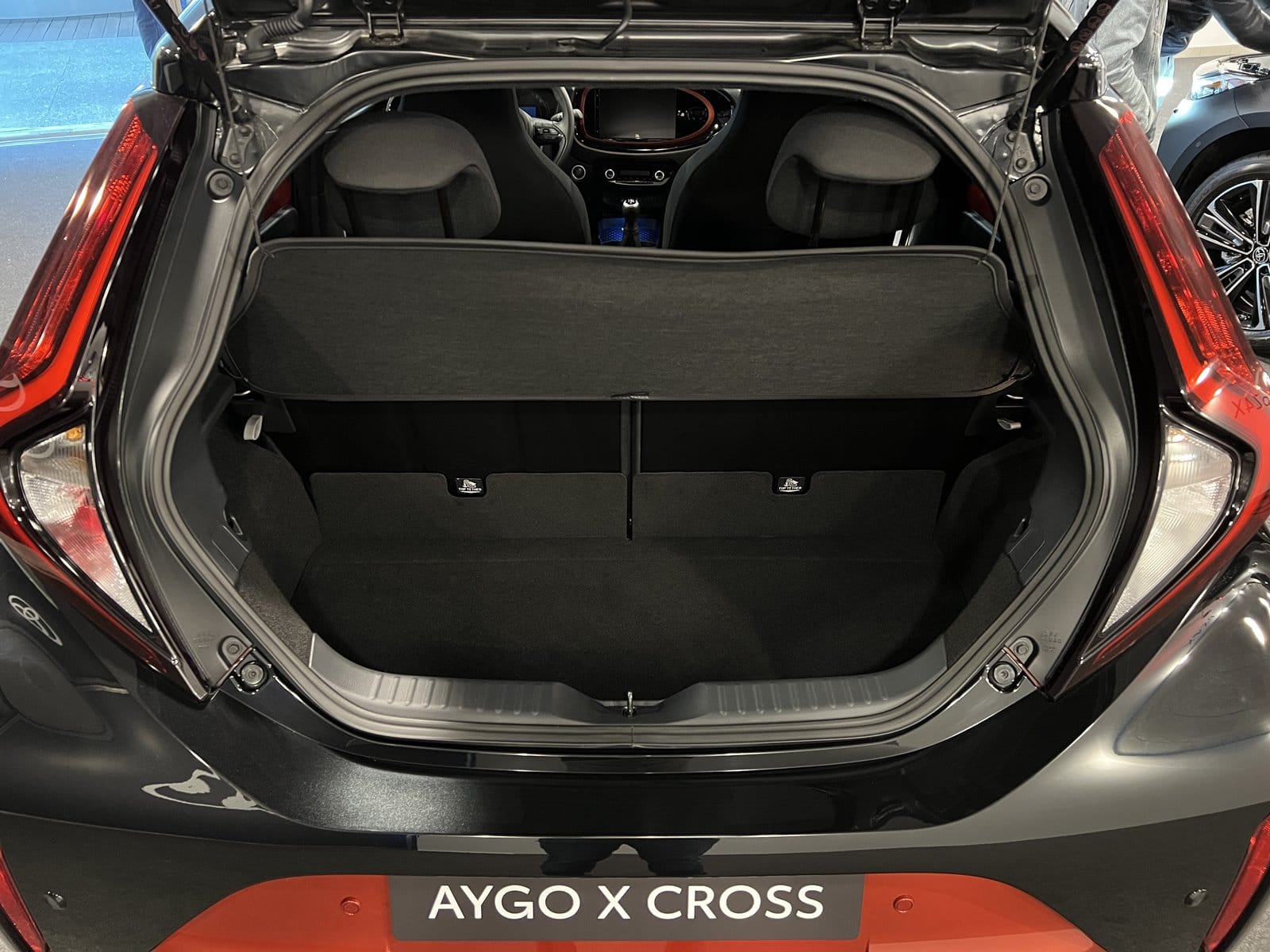 The brand has told us that the power steering system has been adjusted to the tastes and needs of European roads and cities. Associated with mechanics we will find a new S-CVT transmission or a 5-speed manual transmission that will improve the behavior of the model.