If we go back to 1994 and ask about one of the most colorful releases, surely the release of the colorful comes to mind for many Harlekin Polo.

This curious model that seemed to be built with the pieces that were left over from the production line was not going to go into production but such was the acceptance that the brand threw itself into the pool producing more than 3806 units.

He Polo 6N it represented a great step forward in many respects. For example, it was the first Polo to also be available in a five-door version and important safety features such as airbags, seat belt tensioners and ABS were introduced. 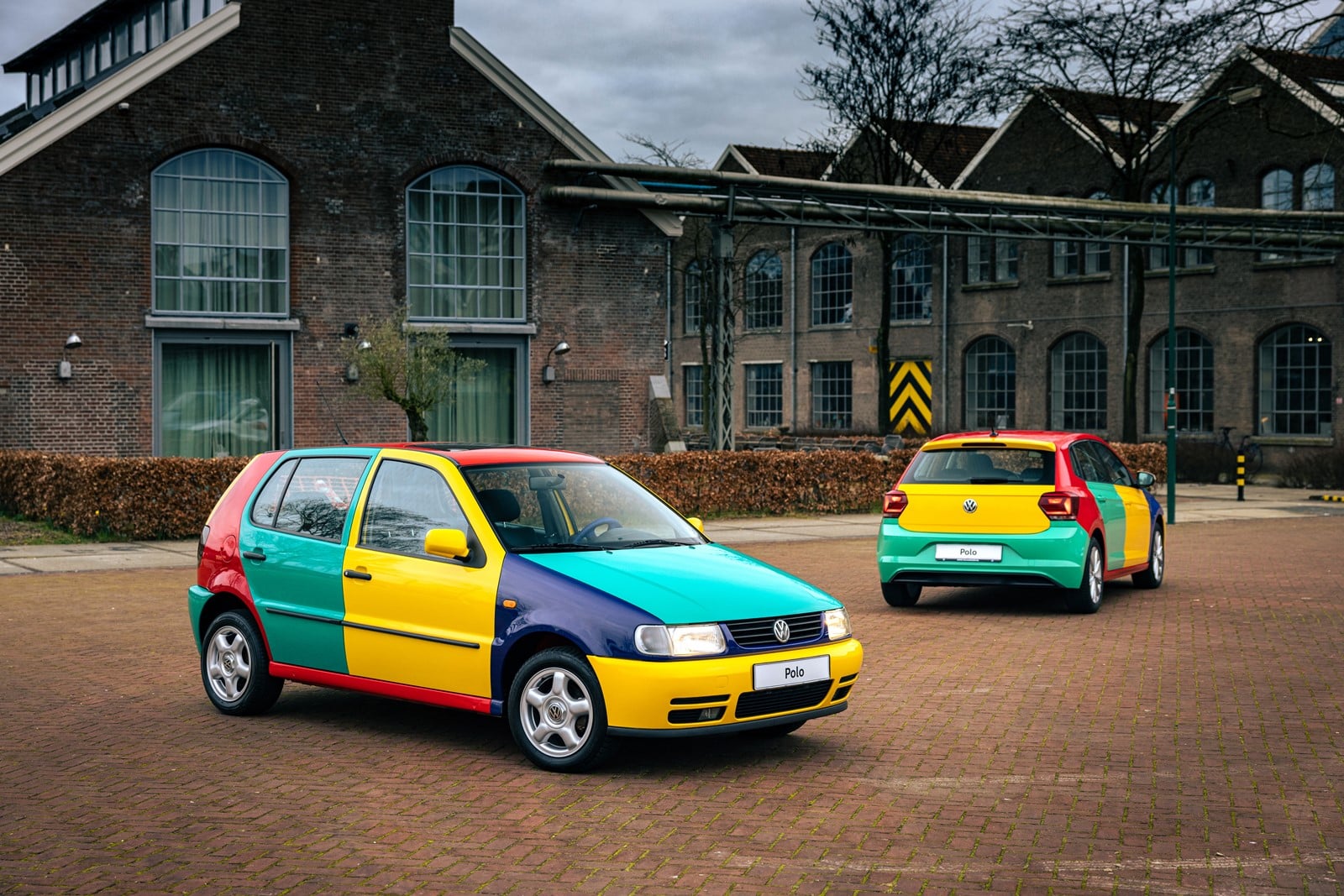 Interestingly, the Polo Harlekin was designed to introduce and understand the then novel construction of the range made up of the combination of four blocks.

The color blue meant engine and chassis, while the yellow It was for the equipment, the Red for options and green for paint colors. In order to make the code language even more attractive, Volkswagen produced 20 Polo shirts in those colors for promotional purposes and for dealer events.

Many people were able to see those units and then something happened that Volkswagen had not taken into account and that is there were customers who insisted on having such a colorful Polo. 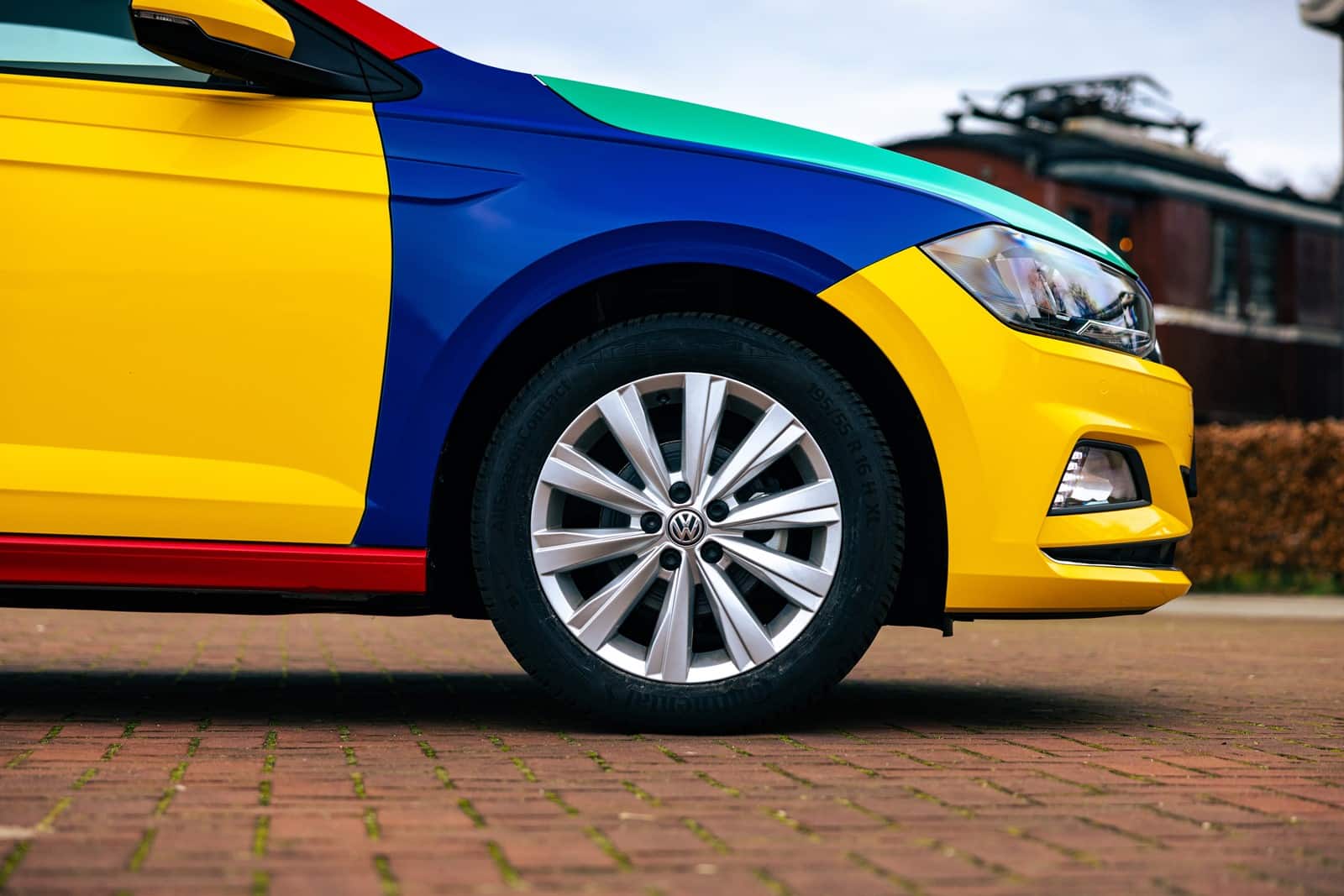 Such was the acceptance that Volkswagen took customer demand seriously and began a series of 1000 four-color polo shirts in 1995. These production versions were called Harlekin. That name was a success and is that the harlequins are cheerful, acrobatic figures, somewhat mischievous and are dressed in colors Italian commedia dell’arte.

For a Harlekin, Volkswagen initially produced four normal Polo Shirts in the colors blue, red, yellow and mint green. Body parts like the hood, tailgate, doors, bumpers, and mirrors on those units were swapped out according to a fixed pattern. The base color for a Harlekin is the shade you’ll find on the roof, sills, and in the engine compartment. To give an idea of ​​the color pattern, on each Harlekin the front bumper, the front doors and the mirrors are the same color, as are the rear doors and the rear bumper. 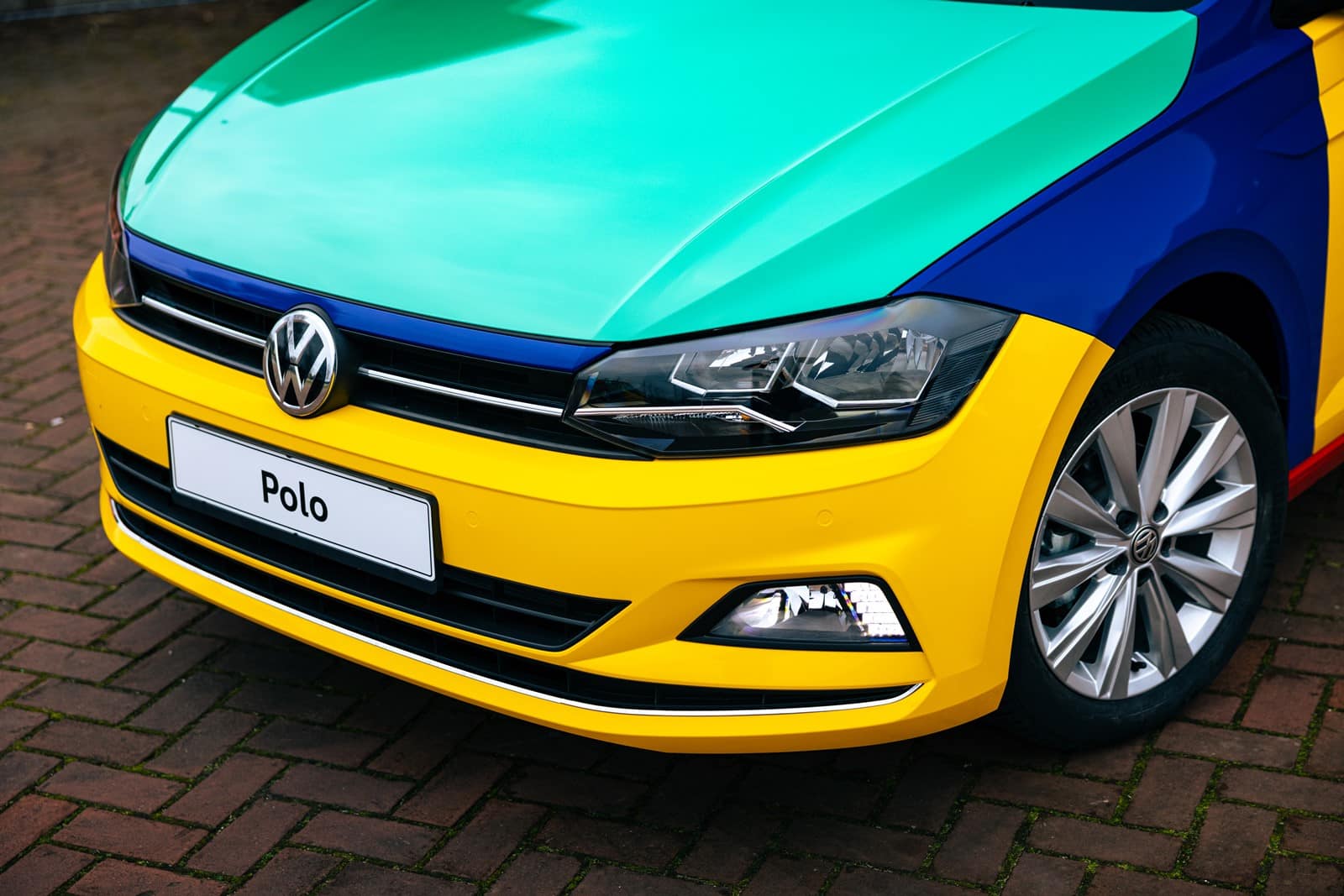 Clients could order the Harlekin Polo, but could not indicate their preference for the base color. You just had to wait and see which of the four available color combinations you got.

The ‘Joker’ upholstery featured the four basic Harlekin colors, and a blue leather sports steering wheel and a shift knob with the Harlekin logo were standard equipment on all versions. The Harlekin Pole radio was Blaupunkt. 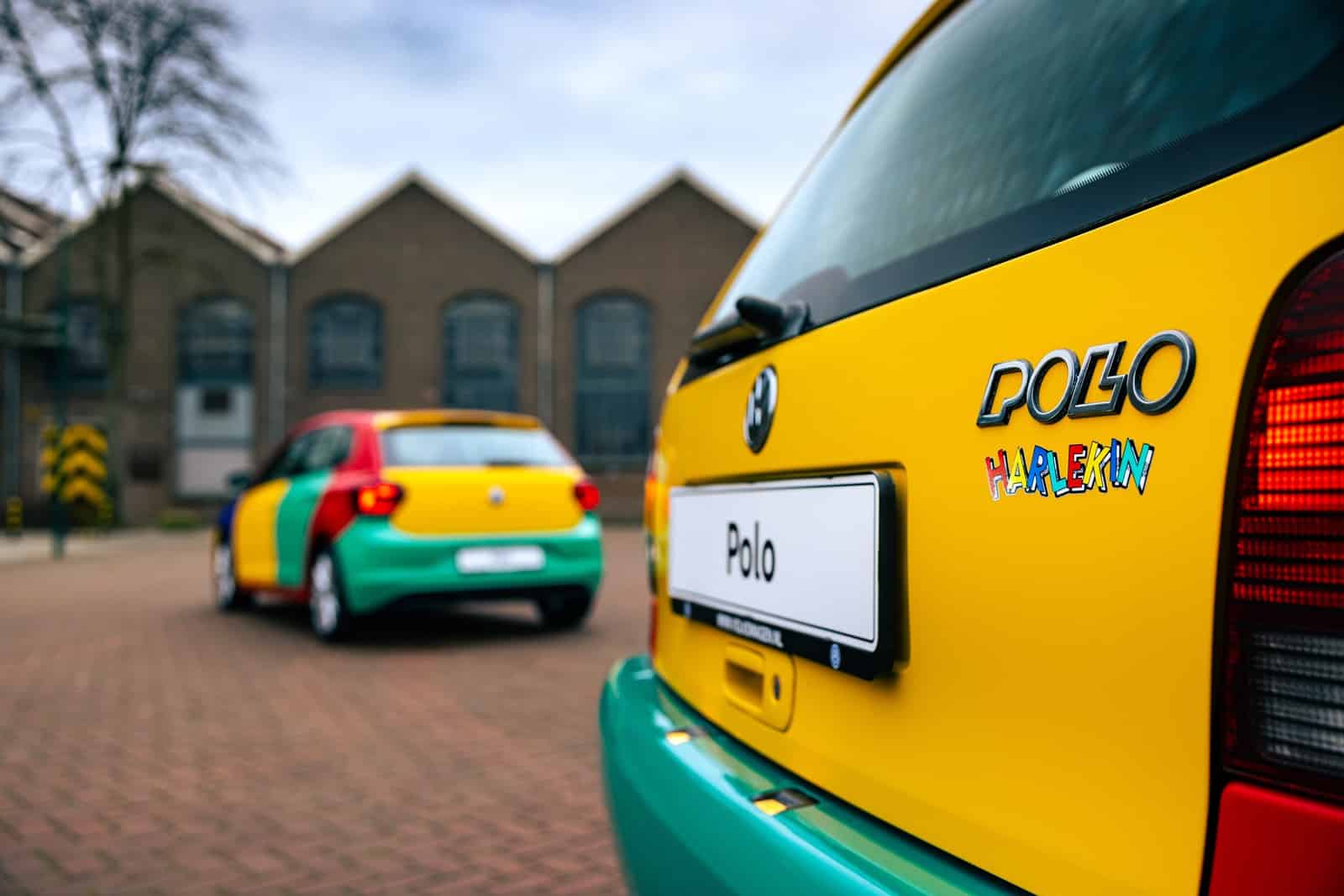 Among the rest of the design elements we found the harlekin logo on the tailgate, white indicators at the front and taillights tinted in dark tones. The first 1,000 units were delivered with a numbered key ring and a certificate.

Interestingly, since Volkswagen Netherlands They have launched the current polo with the configuration of the mythical Harlekin and it is something that we explain right now. 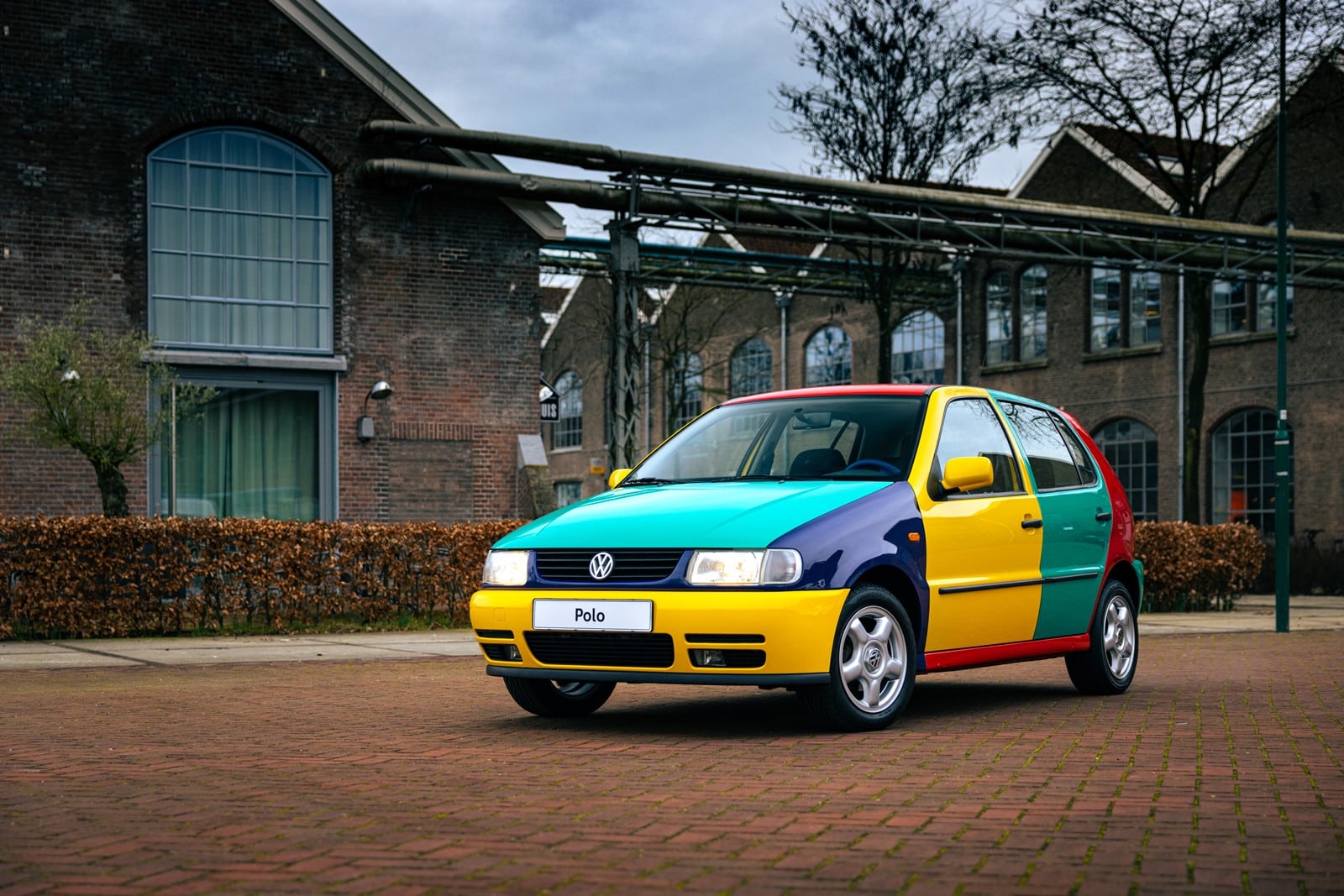 Although the Harlekin Polo It was never available on the Dutch market, many units ended up on the local market.

As the Polo Harlekin turns 26, the Volkswagen subsidiary in the Netherlands has presented the reinterpretation of the Harlekin but with the current Polo to clearly show what the model has evolved in terms of comfort, safety and efficiency as well as to give some color to these sad days.