Yesterday, Apple announced its next Keynote. This will be held on Tuesday March 8 at 7 p.m. French time. As usual, we do not know in advance what will be the novelties that the Californian firm will announce to us on D-Day. However, based on the rumors that have been heard in recent weeks, but also by crossing the various predictions analysts and rely on some clues scattered by Apple, voluntarily or not, we can establish a list of revelations that should be made during the event.

Back to the March/April Keynotes of previous years

In 2019, Apple held an event in March to introduce its new Apple TV+, Apple News, Apple Arcade and Apple Card services. In 2020, a presentation also held in March saw new iPad Pros and the second generation of the iPhone SE coming. Last year, no keynote in March, but an Apple Event in April to introduce a good batch of new features, new iMac 24″, iPhone 12 in purple, Apple TV4K and AirTag. Finally, let’s not forget that in the spring of 2015, Apple launched the first Apple Watch.

Historically, therefore, Apple seems to take advantage of its first event of the year to rake wide enough in terms of product ranges. This can affect Macs, but also iPads and iPhones. All the same, there is no question here of renewing the iPhone 13 for the iPhone 14, or even the Apple Watch Series 7 for a Series 8 version. Apple will certainly wait until the end of 2022 to look at the new generations of its high-end iPhones and its watch.

This year, the March event could therefore very well affect many product categories. Rumors and predictions talk about Macs, iPads, but also the iPhone. Let’s see the detail.

According to the latest rumors, Apple should announce next Tuesday a new iPhone SE. Among its likely features would be 5G support. CPU and camera should be improved compared to the previous version of 2020. The design should not change much, however. Touch ID would still be in place, Face ID would still be absent. A major revival of the iPhone SE would be planned for 2023 or 2024. This year, therefore, we would be entitled to an iPhone SE+, quite simply, or iPhone SE 5G.

The iPhone SE 2020 at a knockdown price

Apple could surprise in terms of its pricing. According to Mark Gurman, the arrival of the new iPhone SE would drastically lower the price of the older model. This one could actually stay in range and reach the $200 (≈ €220). 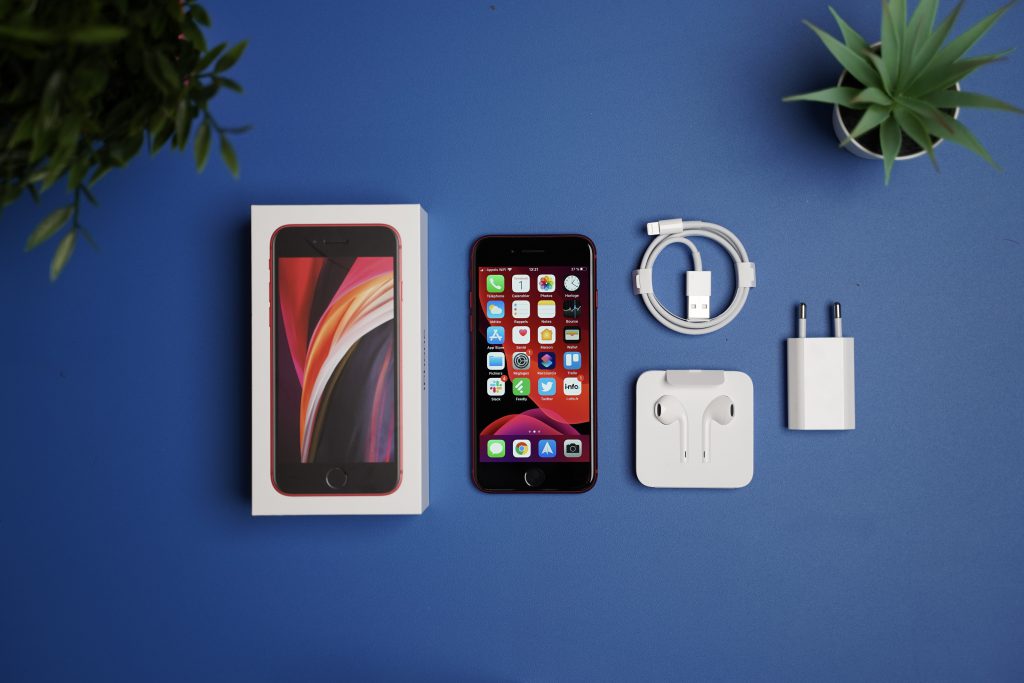 The latest iPad Air model dates from October 2020. It is the oldest iPad in the range currently at Apple. It is therefore logical to think that Apple could take advantage of its new event to update it. In terms of the features of the beast, are expected support for 5G, an A15 processor, the addition of two speakers for a total of 4, support for Center Stage technology for video calls, but also the video capture in 1080p with 25 or 30 fps. LiDAR should not be included, however, to differentiate the iPad Air from the iPad Pro.

In a slightly less assertive way than for the new iPhone SE and iPad Air, the rumors (but also Mark Gurman) mention the possibility that Apple is also talking about Apple silicon and Macs. The following machines could be updated next week, including a new house chip M2 : MacBook Pro 13″ and MacBook Air.

As for the other computers, iMac Pro, Mac Pro, and Mac mini, we believe updates are more likely to come in the summer, following announcements at the still-unofficial WWDC next June at this stage.

What does Apple’s invitation tell us

The note accompanying the announcement of the event is as follows: “Peek performance”, which could be translated as “a look at performance”. But beware, the wording is wrong in English. It is actually a pun. The correct expression is: “Peak performance”, to talk about peak performance. In short, Apple predicts a a look sure of very tall performance.

It remains to define what performance is in question. Several analysts are betting on a reference to 5G for the iPhone SE and iPad Air. But the formula also sticks with the certainly amazing capabilities of the long-awaited new Apple silicon chip: the M2.

As for the visual, it remains difficult to analyze. We have seen some media talking about a reference to augmented reality with this deep 3D effect. 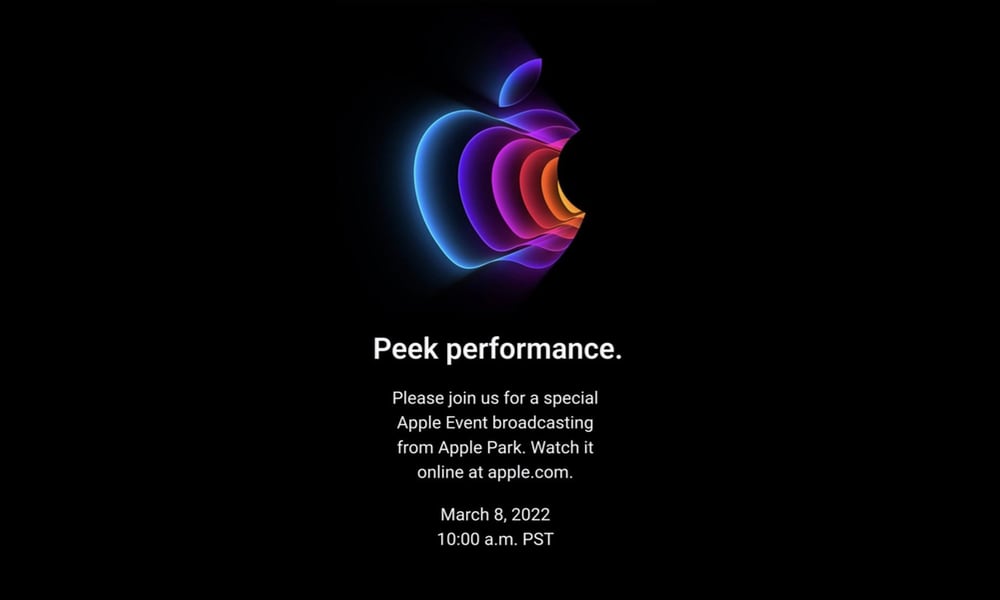 On our side, we would be quite surprised to hear Apple already talking about its augmented reality project. In our opinion, it would be more coherent for the Californian firm to mention this novelty during its most popular event of the year, that of the new iPhones in September, or else, during the WWDC keynote, which would then invite developers to take advantage of the new virtual reality platform.

We let you tell us in comments what are your theories on this subject.