Much like iOS 16 and iPadOS 16, the next major release of watchOS, at number 9, is expected to be showcased at the upcoming WWDC starting Monday, June 6. During the opening keynote of this conference for developers, Apple will of course talk about the operating system for Apple Watch and will also introduce the first beta of watchOS 9 in parallel. The final version of the software should arrive after the summer, along with a new generation of headed mounts.

As we have seen in previous articles about iOS 16 and iPadOS 16, some iPhones and iPads will not be able to take advantage of future updates to their respective software. And for the watch, uncertainty reigns for one of the models released a few years ago by the Californian firm. Let’s try to see exactly what would be the list of Apple Watches that will support watchOS 9.

First of all, you should know that all the watches that supported watchOS 7 have supported watchOS 8. The bundle includes the Apple Watch 3 (2017) and all Apple Watches released since. Regarding watchOS 9, some analysts believe that Apple will continue on this same path, keeping the same list. Others imagine a indentation of the Apple Watch Series 3. It is already in its 5th year of update support. Also, it is powered by an S3 processor 32 bit. It is therefore the only watch on the compatibility list that does not include a 64-bit chip. And its RAM is 768 MB, when all other more recent models have 1 GB of RAM. The Apple Watch Series 3 could therefore stop at watchOS 8.

With that in mind, here is the list of watches that should support watchOS 9:

In any case, if you own a Series 4 or more recent watch, you will certainly have peace of mind until next year. For Series 3, the suspense is in order this year.

If watchOS 9 does not run Apple Watch Series 3, would that be a strong enough argument for you to buy a newer model? 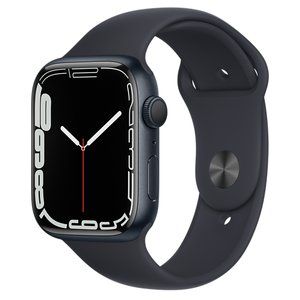