Samsung has just introduced the new Galaxy S22, S22Plus and S22 Ultra. These three phones are what the brand from South Korea knows how to do best. Against them, Apple is Samsung’s historic competitor, and its iPhone 13 Pro Max is the firm’s best model.

In a comparative test, MacRumors put the two phones back to back, to see what the qualities of one and the other are in terms of photography. As a reminder, Samsung’s latest smartphone, the Galaxy S22 Ultra has four rear camera lenses, including a 108-megapixel wide-angle camera, a 12-megapixel ultra-wide-angle camera, a 10-megapixel telephoto camera. with 10x optical zoom and a 10 megapixel camera with 3x optical zoom.

It’s a lens more than the iPhone 13 Pro Max, which has on its back only a 12 MP wide-angle sensor, a 12 MP telephoto lens with 3x optical zoom and finally an ultra-wide angle lens 12 MP too. These three sensors are supported by a powerful software layer.

In the end, both phones meet expectations quite well, and it can be difficult to choose between the S22 Ultra and the 13 Pro Max. As you might expect, Samsung always takes photos that look a little blue, unlike the 13 Pro Max, which pulls it more warm.

Because of this tendency to bluish and increase the brightness of an image, Samsung photos can look a little washed out. For its part, the iPhone offers more natural lighting, but the contrast seems too high at times, which can tend to darken areas that are already unclear. 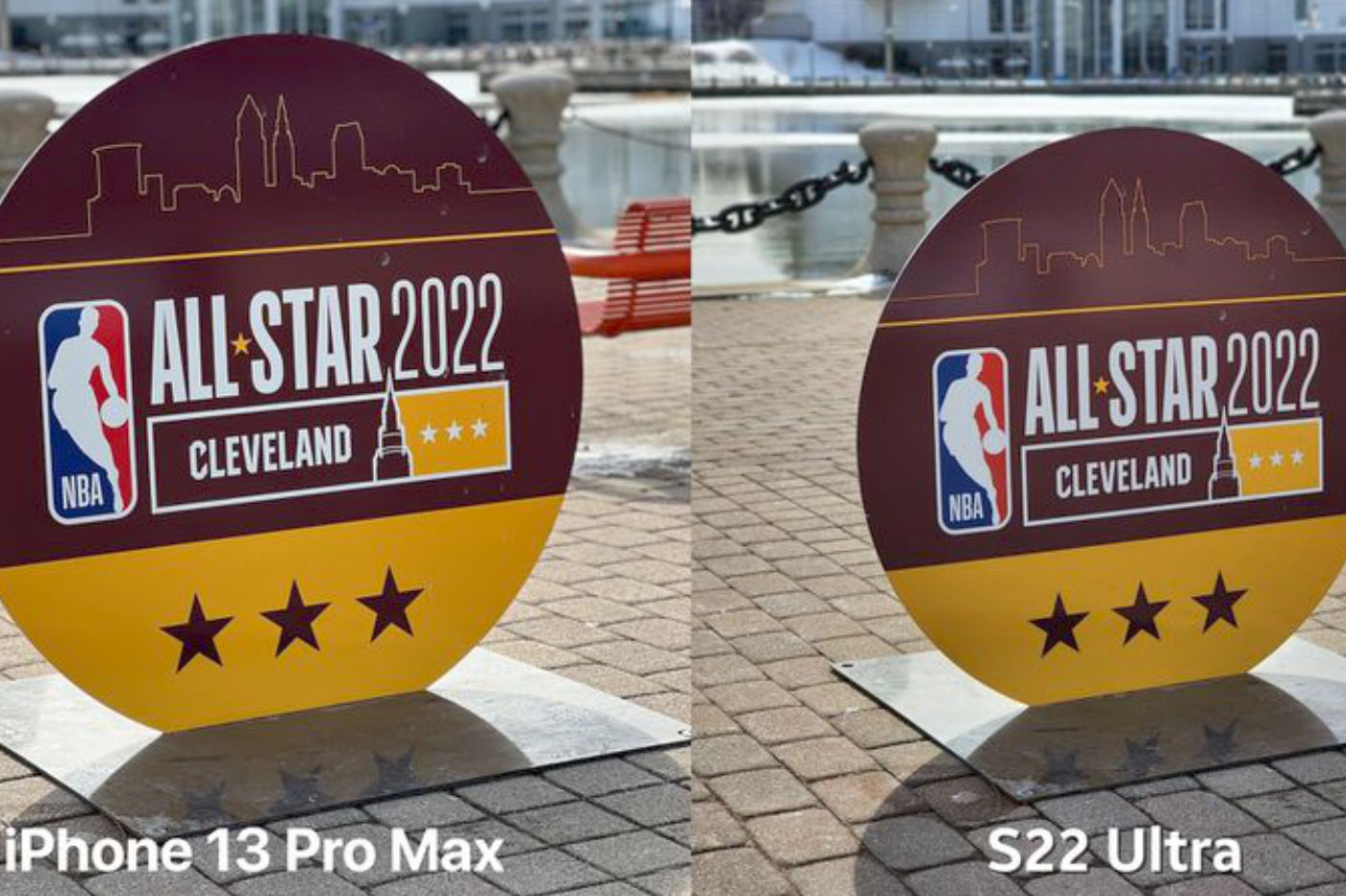 When it comes to Portrait mode on both phones, Samsung seems to have made progress this year, especially on bokeh. Both phones take great pictures. The biggest difference is perhaps played on the “flesh” color tones which are much more successful at Apple than at its Korean competitor.

During the presentation of the iPhone 13 and the phones in the range, Apple insisted at length on the video qualities of the devices. Indeed, the iPhone is now able to support Dolby Atmos and ProRes. While Samsung with its 8K may have better image quality, the Korean phone lacks image stabilization and Apple gains sharpness thanks to that.