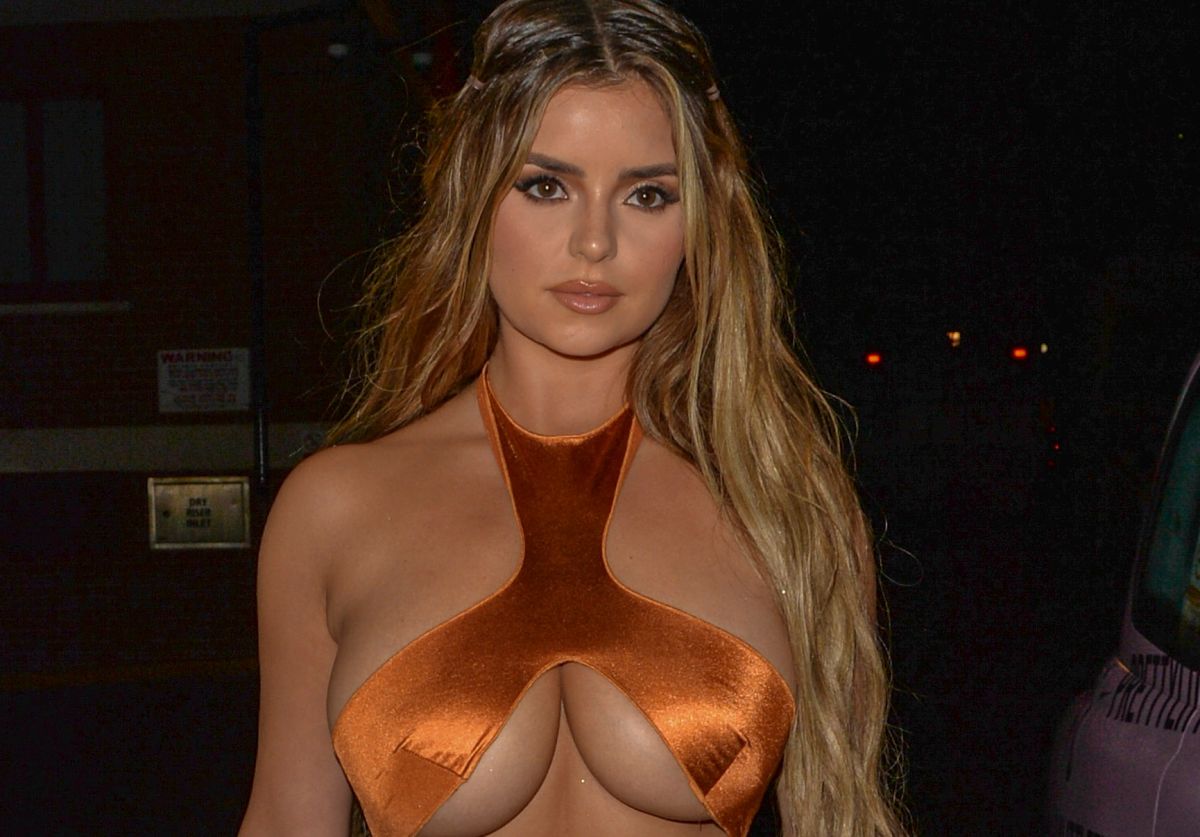 Although since last month DemiRose caused a sensation by showing off her blonde hair, she has now distinguished herself -in her most recent publication of Instagram– for his look with two long pigtails. In the video he shared (and which has so far garnered over 240,000 likes) she appears seated and almost motionless, wearing jeans and a pink top so short that it revealed her lack of underwear; the message she wrote next to the clip was “in Barbie mode”. 💖

The beauty influencer British also attended the second weekend of the Coachella music festival to see their favorite artists in concert. Despite the high temperatures, she opted for an outfit consisting of a thick fringed trench coat, boots, a long skirt and a black lace bodysuit.

Demi also adopted other hairstyles, such as elaborate braids that she wore before going to the gym, wearing a black jumpsuit for the occasion that highlighted her rear. While she was being put on makeup to attend the festival, she posed very sexy, sliding her long white gown to reveal part of her bust.

-At Coachella, Demi Rose shows off her attributes to the fullest wearing a black bodysuit and a transparent skirt