One of the largest mining groups in Bitcoin The world is pushing for measures to comply with China’s ban policies.

Antpool, the mining group of Bitcoin larger by rate hash global, announced Thursday that it will block access to users connecting from a China-based IP address. The decision seeks to comply with Chinese government regulations on cryptocurrency mining activities.

The ban will go into effect on Friday, October 15 and will exclude Hong Kong and Taiwan, according to a ad posted on the website of Antpool. Chinese journalist Colin Wu reported the news through his Twitter account.

AntPool, the world’s largest Bitcoin mining pool, announced that it will stop IP access in mainland China from the 15th and launch the KYC system to comply with the laws of various countries.

Ant Pool, the world’s largest Bitcoin mining pool, announced that it will stop IP access in mainland China from the 15th and launch the KYC system to comply with the laws of various countries.

As Wu reported, AntPool also revealed the upcoming launch of a unique Know Your Customer (KYC) verification system to further comply with cryptocurrency laws and regulations of countries around the world.

AntPool is the main miner of Bitcoin with 16.4% of the total global hash rate share of Bitcoin, according to data from BTC.com. This means that it is the group that contributes the most in percentage terms to the total mining power of the network Bitcoin. The hashrate, or hash rate, is the unit of measurement of the processing power of a network Blockchain. 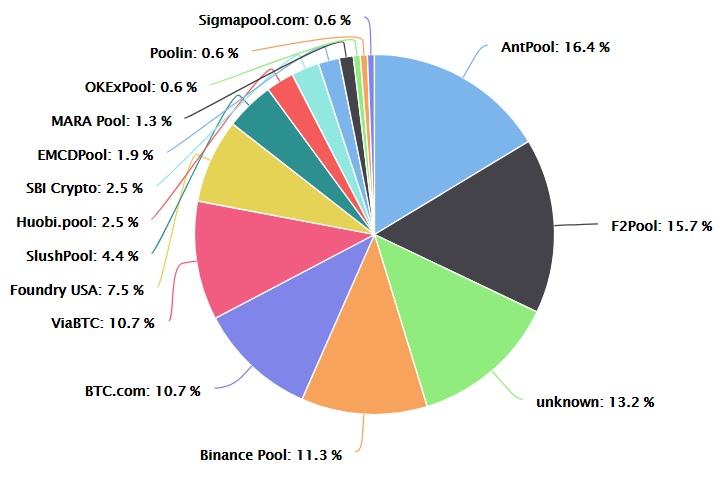 The latest announcement comes several months after AntPool inform that he has completed the legal procedures for its spin-off from Bitmain, the leading manufacturer of mining equipment. The “new Antpool”Has no plans to establish an operating entity in mainland China and is in the process of building a new management and business team in Singapore.

The latest crypto ban policies of the Chinese government have motivated several local and foreign companies to take new compliance measures. Some days ago, Bitmain confirmed that it will stop shipping mining machines Antminer to mainland China. Meanwhile, two of the main Chinese mining groups in Ethereum they have chosen to shut down their operations amid the repression.

Most of the region’s crypto mining operations are estimated to have been suspended or shut down entirely in the wake of China’s latest moves. In fact, recent data published by the University of Cambridge indicate that the Asian giant’s participation in the hashrate global of Bitcoin has dropped to zero from more than 70% in 2019.

However – and despite the latest bans and the massive exodus of companies from the sector – some reports suggest that not all mining activities in China have ceased; and there could still be some clandestine operations.

This Thursday, CoinDesk reported that Authorities in east China’s Zhejiang province disrupted a mining operation that had installed graphics processing units (GPUs) in a publicly funded office to mine Bitcoin and Ethereum. The publication cites a statement from the Cyberspace Administration of the province.

Provincial regulatory bodies launched the investigation in September in search of individuals or groups using the resources of the government, the Communist Party, and / or state-owned companies to mine cryptocurrencies. The operation examined 4,699 IP addresses suspected of participating in crypto mining and selected 184 IP addresses belonging to 77 public entities.

According to the outlet, recent news from Antpool and Zhejiang seem to confirm posts on social media They claim that agencies across China are checking IP addresses, which uniquely identify computers on the Internet, for potentially illicit mining.