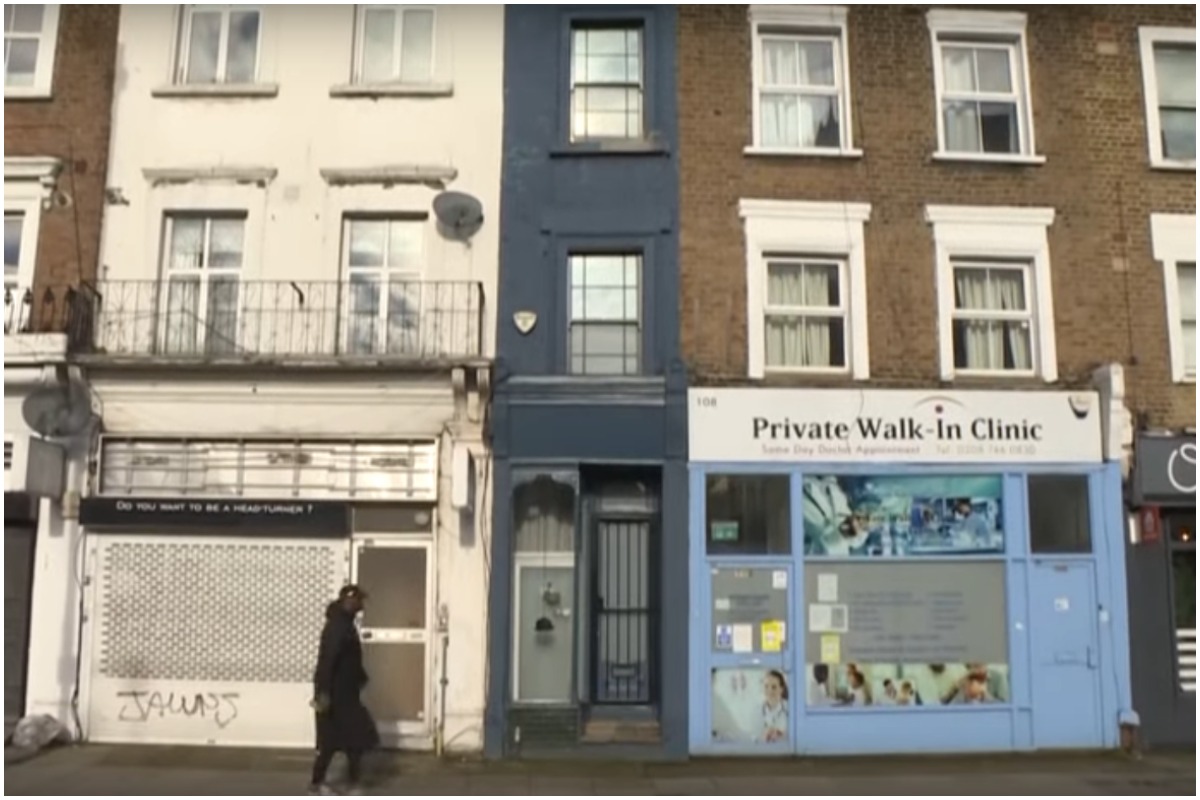 This is what the narrowest house in London looks like on the outside.

In times of pandemic houses with large gardens and large roomss became the most sought after, but there is a property in London that is stealing the spotlight and not precisely because of its large dimensions, but because it is the narrowest of the English capital.

The house in question, which was recently put up for sale, is located in the neighborhood of Shepherd Bus and has a façade only five feet long.

The narrow building, painted grayish blue on the outside, has five floors, three at ground level and two more in the basement.

Despite its diminutive size, its architectural characteristics make it a real object of desire among investors, which is why its current owners are asking for close to $ 1,300,000 dollars for her.

The residence, built during the Victorian era and with an extension close to 1,075 square feetIt originally served as a hat store, and until later it became a highly coveted home.

It also has a small garden, which can be accessed through the dining area.

The company in charge of its promotion classifies it as the sideal place for childless places or for an investment opportunity.

Although the house seems very tempting to some, for the same price or for less you can buy large properties in the United Kingdom and even the Pencoed Castle, an impressive 16th century castle in Wales.