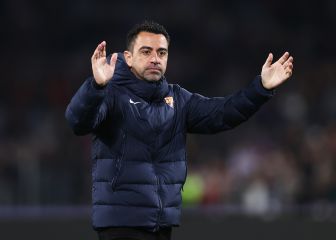 Xavi Hernández attended the media after the friendly match in Sydney. The coach wanted to reassure the Blaugrana parish, which woke up somewhat disconcerted by the statements of president Joan Laporta, who questioned Gavi’s renewal, assuring that his agent was dragging his feet on Barça’s proposal: “These things need time, but I am hopeful that in a few days we can announce something already”.

More enigmatic was shown on Frenkie de Jong’s futurea coveted piece on the market: “He is a key player for us and he should continue to be, but everything will depend on the financial situation of the club; we will see what happens in the end”.

When making an assessment of the season, Xavi recognized that “this year has not been an easy seasonwe haven’t been able to fight for the titles and it hasn’t turned out the way we wanted”, but he stressed that the club is working tirelessly to “become competitive again, compete for titles and win them”.