Safer for inexperienced motorists and compatible with driving license B, the usual one for all car drivers. It is the Yamaha Tricity 300, a three-wheeled motorcycle that, like all of its kind, has greater stability than a normal scooter. AND more power than the 125cc, They can also be handled with a car permit as long as they are three years old. In short, a more comfortable alternative for those who debut with motorcycles.

The success of this type of tricycle lies in the fact that, with two wheels that tilt synchronously on one of its two axles (generally the front one), the feeling of perceived security It is greater, which is an important incentive for those who have doubts when making the leap to the sector.

In the specific case of the Yamaha, it is a medium model with a single-cylinder four-stroke engine, which cubes 292cc and develops a power of 27.6 hp and a maximum torque of 29 Nm. It uses a tubular steel chassis and a double telescopic fork with 100 mm travel, and it mounts double disc brakes of 267 millimeters in front and of the same size –but monodisc– in the rear, also with ABS system.

The Yamaha Tricity 300 it reaches a length of 2,250 millimeters, a width of 815 millimeters and a height of 1,470 millimeters, with the seat located 795 millimeters from the ground. Its weight is 239 kilos, but as it has three wheels it is manageable for a wide range of users. They fit in the hole under the seat two full face helmets.

See also  The MG ZS 2022 arrives in Spain: Here all the prices

In addition, they are available three new accessory packages to complement its standard equipment, which already has elements such as the smart key or traction control. The ‘Urban Pack’ is made up of a 39-liter trunk, rear carrier and tall windshield; The ‘Sports Pack’ includes a specific windscreen and license plate holder, as well as aluminum footrests, and the ‘Winter Pack’ consists of a blanket, heated hand and cuff protectors.

The Yamaha Tricity 300 will be available at dealerships at July with a starting price of 7,999 euros. 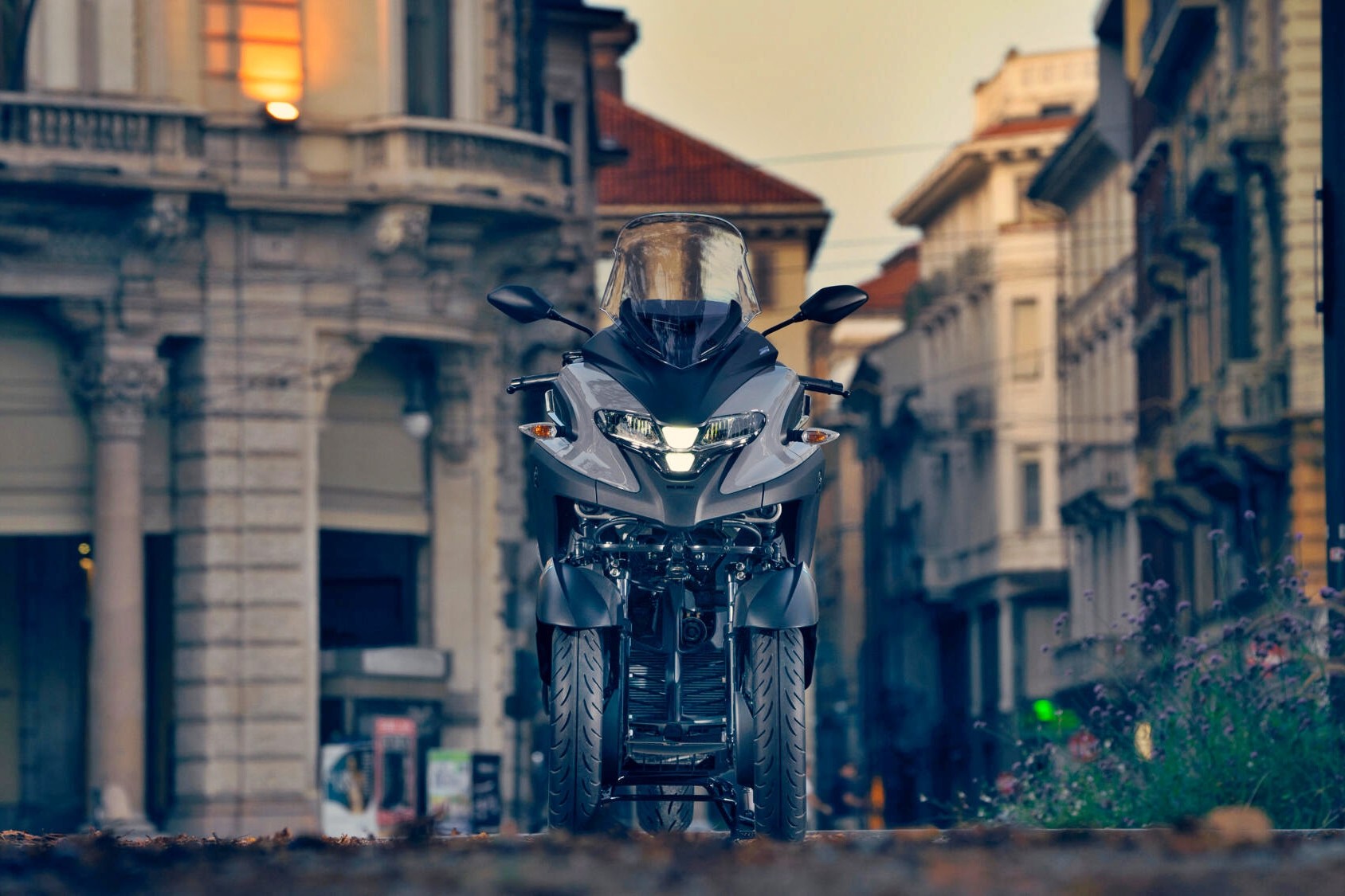